A girl stigmatized for reading a poem

A 14-year-old was disqualified for reading an anti-immigration poem at a poetry slam in Speyer, South Germany. After the performance by Ida Maria Muller her family home was vandalized. 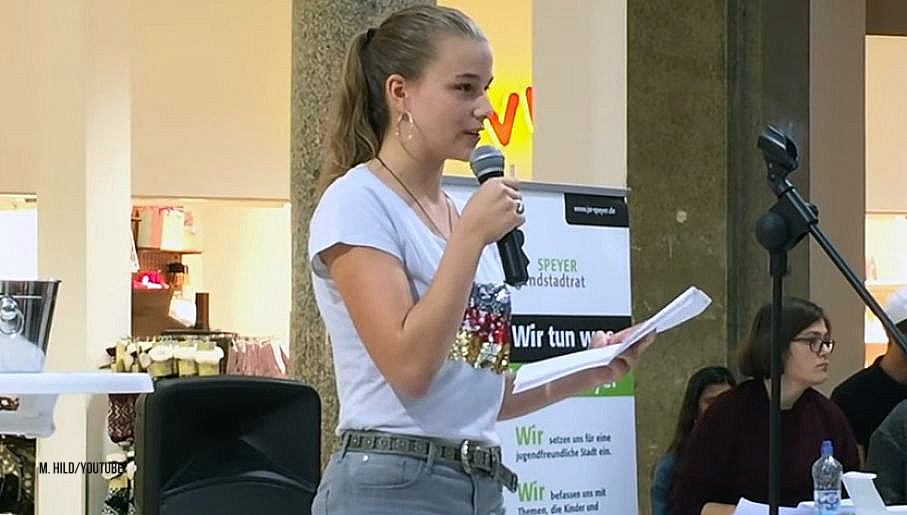 The poetry competition was meant as part of an anti-racist initiative. Ida Marie Muller, the daughter of Nicole Hochst, an Alternative for Germany (AfD) politician, took part in the event. The girl read out a poem, which referred to the recent knife attack by an immigrant.

The organizers did not like such poetry and decided to disqualify the girl, even though the participant had been the most applauded by the audience. Muller was also banned from attending the award ceremony.

He arrived in our holy German land. Because he couldn’t find himself a girl, he used a knife to help himself

Furthermore, the teenager was accused of using the poetry event to propagate AfD political views.

The girl’s mother made posts on social media, supporting and encouraging her daughter. She also attached pictures of their family home which had been vandalized after the girl’s performance.

“Modern Nazis are scrawling over people’s houses,” she wrote.

The girl’s poem contained fragments such as: “A man from far away had fallen into the hands of smugglers, without a passport or mobile phone. He arrived in our holy German land. Because he couldn’t find himself a girl, he used a knife to help himself.”