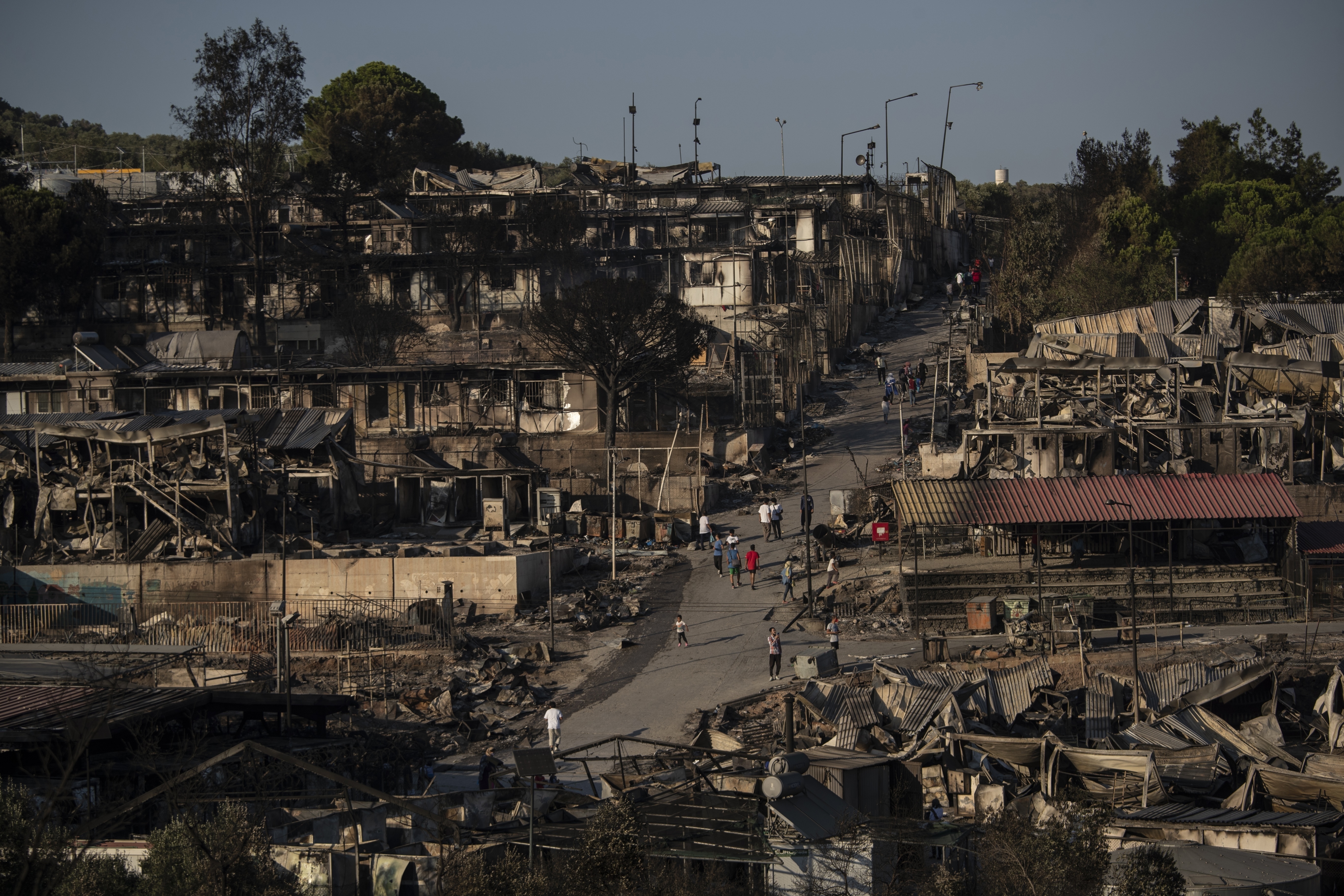 Greek authorities say the massive fire that engulfed the Moria migrant camp was started by migrants in protest over coronavirus quarantine restrictions placed inside the camp, with police launching a search for 35 coronavirus-positive migrants who escaped the camp in the chaos, according to Czech news portal Novinky.cz.

A report from Business Insider states that migrant youths set the fire when the restrictions affected their ability to access ATM machines for money.

It is not the first time migrants have set the Moria Camp on fire, with at least three other instances of large-scale arson inside the camp by migrants in just the past few years, however, this time the blaze burned out of control, resulting in the near-complete destruction of the entire camp.

As Remix News has previously reported, migrants have set fire to migrant camps a number of times in Greece and on the European mainland. Often, the fires on the Greek islands were started in order to force authorities to move migrants away from camps to the Greek mainland or to European countries like Germany, which is the desired destination for many migrants entering Europe.

After the Moria migrant camp on the island of Lesbos caught fire, locals also now fear an uncontrolled spread of coronavirus as 35 migrants who tested positive for COVID-19 have fled the camp. Police have since only managed to find only eight of them.

Police also had to use tear gas against young migrants who were throwing stones at the officers while trying to get to the island’s capital.

?A few hours ago there were tensions while #Greece Police forces were trying to repel thousands of immigrants who had left their tents at #Moria & were trying to move to the port of #Mytilene, by setting fire to the properties of the island's inhabitants. pic.twitter.com/zVNpVx2oPx

Greek authorities decided to transport unaccompanied minors from the island via ships. The “Blue Star Chios” ferry, which arrived in the port in the west of the island on Thursday should accommodate up to 1,000 refugees, however, the Director of the Greek Migration Minister’s office, Konstantinos Kostakos, said only about 1,000 migrants would be temporarily relocated to a ship on the western side of the island, with a focus on vulnerable groups.

“This is the first ship that has docked on the island. If there is a need we will consider bringing more,” Kostakos said. But he warned that they will not be moved off the island.
“The Greek government will not be blackmailed. What happened — this ‘burn and go’ tactic — will not be tolerated,” he said.

According to the latest information, about 12,500 refugees were living in the Moria camp, although the capacity was only 2,800 people.

Austria has spoken out against the possible redistribution of some refugees from the Moria camp.

“We must be very careful not to send signals that would then trigger a chain reaction we would not be able to control,” Foreign Minister Alexander Schallenberg said on Wednesday night on the ORF program.

The minister pointed out that if migrants from Moria would be distributed to European countries, the camp would soon be full again. He is convinced that as soon as the door to Europe opens, more migrants will set out on their way to the continent immediately.

“We need to streamline the debate,” he said, adding that it is not a solution to the problem if, after each incident or emergency, other European countries are asked to accept refugees.

Migrants have burned Moria in the past

In 2016, the BBC reported that nine people from Senegal, Iraq, Syria, and Cameroon, were arrested after a massive fire broke out in the Moria camp on the Greek island of Lesbos.

Rami Alam, an Egyptian migrant living in the camp, said according to Middle East Eye that the “fire was started on purpose and that the perpetrators intended to repeat the act if they were not moved from the camp onto the mainland”.

“I heard many [migrants] speaking today who said ‘this is just the beginning’,” he told MEE. “They said ‘we will burn it again if we must stay here’. They want to leave, they want to go to Europe. They want Europe to have a solution for the refugees. I’m so worried. I know they will do it again.”

“No it wasn’t an accident. Definitely not, it was on purpose. If any fights happen again they will do it again, they will burn the fields and the camp,” he added.

Once again in 2017, migrants set fire to the Moria camp on Lesbos after a woman and her six-year-old child died in a gas cylinder explosion while they were cooking. Migrants, reacting to what was clearly an accident, reacted by rioting and committing arson.

Title image: Migrants walk at the burned Moria refugee after a fire, on the northeastern Aegean island of Lesbos, Greece, on Wednesday, Sept. 9, 2020. Fire struck again Wednesday night in Greece’s notoriously overcrowded refugee camp on the island of Lesbos, a day after a blaze swept through it and left thousands in need of emergency shelter. The fires caused no injuries, but they renewed criticism of Europe’s migration policy. (AP Photo/Petros Giannakouris)