How much would a Polish-Belarusian border wall cost? 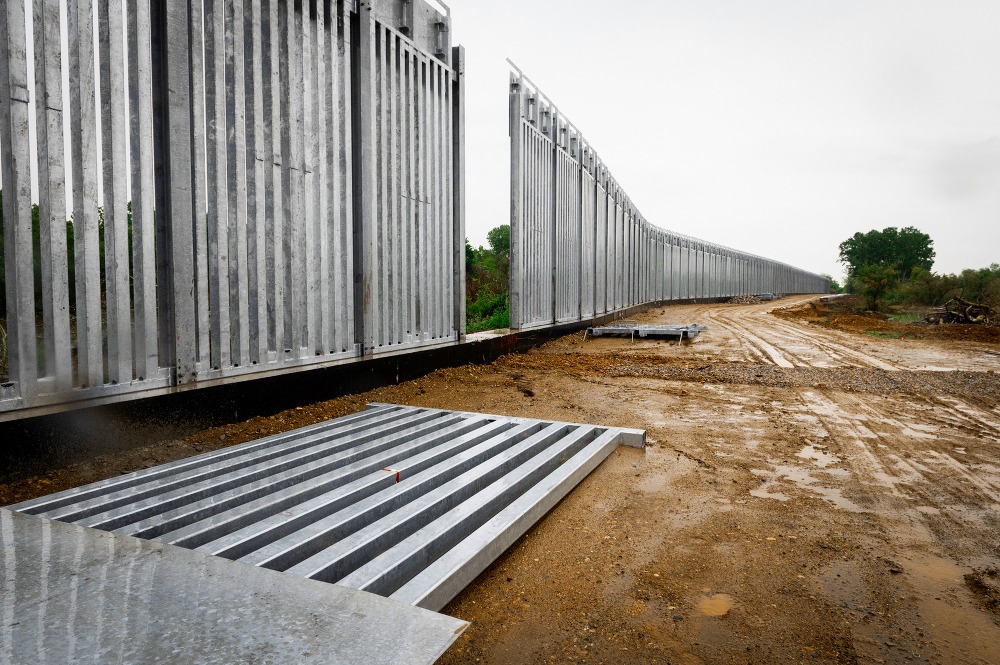 A view of a steel wall at Evros river, near the village of Poros, at the Greek-Turkish border, Greece, Friday, May 21, 2021. (AP Photo/Giannis Papanikos)

Due to migration crises, Deputy Minister of Defense Marcin Ociepa announced that the Polish government plans to construct a permanent barrier on the Polish-Belarusian border. This barrier will most likely be in the form of a solid wall and the border will be much more secure than it currently is.

The question now is how much such a barrier would cost.

Ociepa confirmed that decisions to build a permanent barrier have been made but the specifics are still being discussed. In addition to the wall itself, the new infrastructure is also meant to be equipped with a modern system of cameras and sensors.

The ministry of defense stated that Poland will rely on international experience in this area. Efforts to calculate the costs and technical specifications for the barrier are currently underway.

The new security installation is meant to be much taller than the one that is currently present on the Polish-Belarusian border. The new Polish wall is expected to be similar to the one that is located on the Greek-Turkish border.

A Polish border wall is no small investment

The wall on the Southern Greek border is 5-meters tall and 40-kilometers long. The total cost of its construction was €62.9 million.

How much would a similar wall cost on the Polish market?

Tomasz Karwat from Lovbet construction company explained that a border wall would require fewer materials than one constructed for industrial purposes. Nevertheless, the border wall’s 20-centimeter-thick prefabrication would cost €880 per meter. Including transport costs, this sum would increase to €1,100 per meter. Therefore, a kilometer of the wall would cost around €1.1 million and 40 kilometers would cost approximately €44 million.

If the government would like to replace the current wired fence on the border with a wall, then the total price for 150 kilometers would be €165 million.

The entire border with Belarus is 418 kilometers long, but it seems unfeasible to construct a wall along its entire length as that would cost more than €500 million.

The price of electronics meant to support the Polish Border Guard in surveilling the wall should also be included.

Hedron Group expert Romuald Sikora emphasized that the highest-quality equipment could cost up to €3.3 million per kilometer, but purchasing the cheapest electronics could bring the price as low as €22,000 per kilometer. However, such technology would most definitely be insufficient to guarantee the border’s security.