Hundreds of migrants amass at Hungarian border, get bussed away by Serbian police 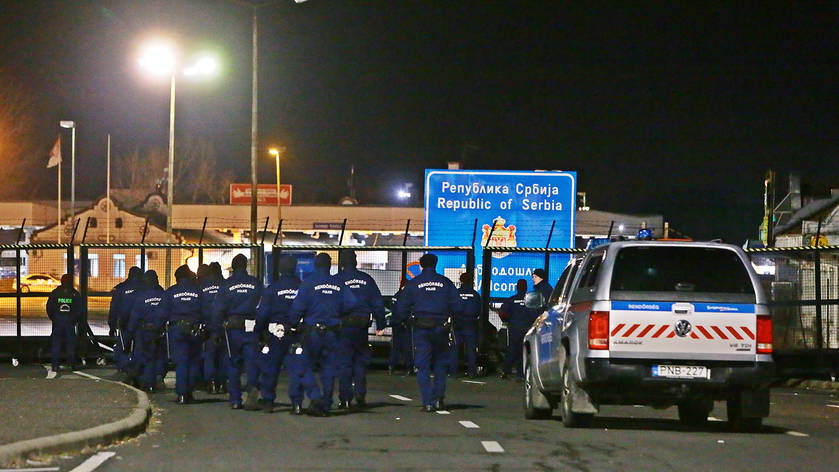 Between 500 and 700 illegal immigrants from the Middle East and Africa amassed at the Hungarian border Thursday night hoping they would be allowed to pass, prompting Serbian police to bus them away from the makeshift camp the migrants had hastily set up.

Hungarian national radio reported that during the night, hundreds of migrants arrived at the border where many were quietly demonstrating to be given passage while others simply sat in their ad-hoc tent camp trying to stay warm.

In response, the Serbian minister of defense along with 200 police arrived at the scene to ensure proper crowd control.

Serbian authorities eventually ferried the illegal migrants to the interior of the country, with Serbian Defense Minister Aleksandar Vulin saying at the site that Serbia did not want the issue of migrants to negatively impact relations with Hungary.

The migrants flocked to the Tompa and Röszke crossings at the Hungarian-Serbian border after what appears to be false information was disseminated among them that led them to believe Hungary would allow them to cross the border.

Hungarian radio reported that some migrants said they had seen photos of busloads of other migrants allowed passage to Hungary. It was not immediately clear who spread the rumors or how many migrants actually believed they were true.

So far it is only known that the rumors started at the central bus station of the Serbian capital of Belgrade. Acting on that information, hundreds of migrants boarded the regular long-distance bus services to settlements near the Hungarian border.

“It is a shame that some groups mislead the migrants in Serbia with falsified news and rumors that Hungary has opened its borders,” Vulin said at the Kelebia-Tompa border crossing.

Hungarian border police and army patrols have also increased their watch of the Hungarian-Romanian border, expecting that some migrants would choose a roundabout route if the Serbian-Hungarian crossing was not passable.

Last week, 71 migrants tried to storm the Hungarian border from Serbia, an attempt that ended in failure.