Hungarian inflation on the rise but under control: central bank 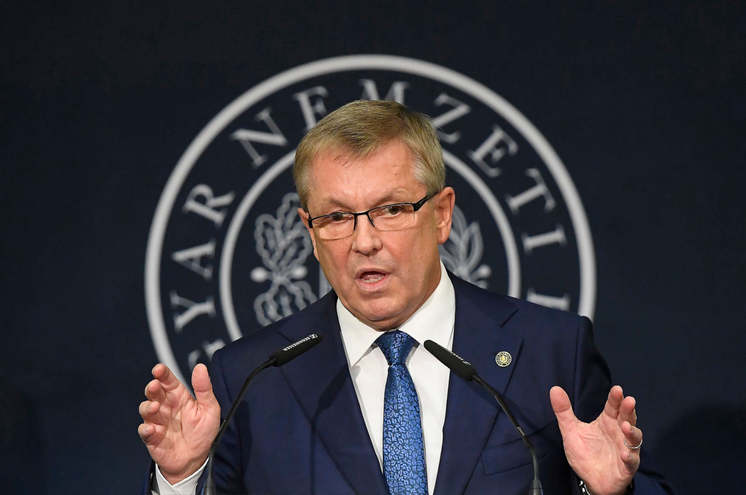 The Hungarian Central Bank (MNB) expects slightly higher economic growth of 4 to 6 percent and higher inflation of 3.8 to 3.9 percent for 2021, according to the main figures in its latest inflation report published on Tuesday, news portal Origo writes.

The central bank again notes that as a result of the coronavirus epidemic, the economic outlook is still surrounded by substantial uncertainty, and conditions are changing day by day. Therefore, their forecast is given in a wider range than usual, taking into account the information available to them until March 18, 2021.

The Monetary Council of the central bank also decided on the base rate: the board left the base rate unchanged at 0.60 percent. Inflation uncertainty may be the biggest challenge in the coming months, and temporary jumps may occur until the summer, the MNB’s Monetary Council wrote in its explanatory note after Tuesday’s interest rate decision.

The MNB continues to prioritize price stability. According to their assessment, global processes continue to be determined by the coronavirus, primarily the vaccination process, which, however, is slow worldwide. Loose monetary conditions continue to appear persistent both in the region and in other parts of the world, they wrote.

“Keeping interest rates unchanged means maintaining a favorable financing position,” Central Bank Governor György Matolcsy said at a press conference following the interest rate decision. He emphasized that the jump in inflation is considered temporary by the central bank, and no price release is expected. By the first quarter of next year, the change in prices will stabilize near the central bank target of 3 percent, Matolcsy indicated.

The central bank governor said that “stable, balanced and predictable inflation is in our interest” and we should not listen to the siren sounds that “deficit, public debt and inflation don’t matter”.

There is ground for optimism

According to the central bank board, the domestic situation is encouraging. The Hungarian economy has fallen less than the EU average, the unemployment rate is low, investment has remained stable and both the supply and demand sides can recover quickly. The latter is also supported by rising household incomes, and vaccinations are progressing better than elsewhere in Europe, they added.

The current account balance has also turned out better than expected and is predicted to improve further in the coming years. Public debt is on a declining path again this year, with the country’s net external debt declining further. For the time being, however, GDP growth is restricted by the extension of the partial lockdown and disruptions in production chains.