Two Hungarian NGOs called for a ban on fireworks sales 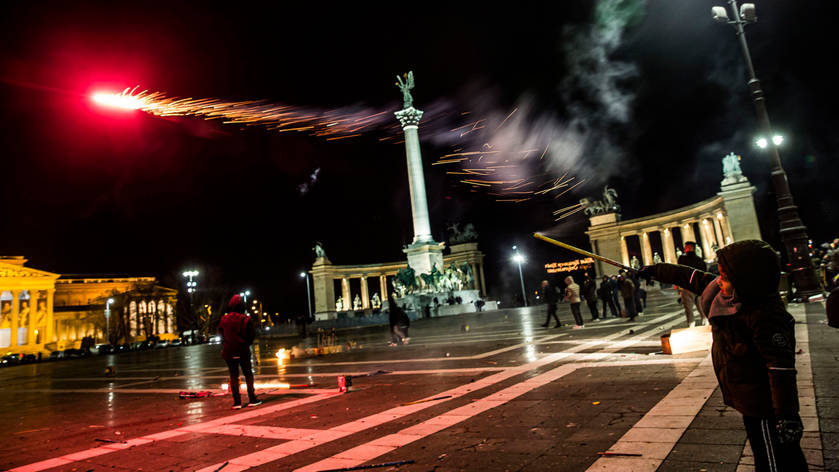 In response to a large number of complaints, two Hungarian NGOs want to initiate a ban on selling fireworks to private individuals.

“We have been protesting the use of fireworks on New Year’s Eve for years, but this year we plan to intensify our efforts for stricter regulations, mainly in the interest of infants and pets,” Nóra Király, president of the Young Families Club told the newspaper.

She said that this year they again received a large number of complaints, adding that the biggest problem is that after New Year’s Eve is over, the issue is forgotten for the rest of the year.

“At the same time, during these holidays it is very difficult to submit our complaints to the authorities,” she added.

Given the circumstances, she said they have launched a social media campaign calling for self-restraint, but it has had very little impact.

Attila Szabó, head of the Argos Animal Protection Association, said that the excessive noise of fireworks compels pets – especially dogs – to flee in terror, with many of them getting lost and some even getting hit by cars as they attempt to escape the perceived danger.

“As we speak, it is the afternoon of January 2nd and I can still hear fireworks going off on the streets,” Szabó said, adding that by the morning of Jan. 1, animal protection associations received 117 calls regarding lost dogs and at least 30 have been hit by cars.

He said the best solution would be to ban fireworks sales to private individuals.