70,000 famished Jews were crowded in a closed area of Budapest 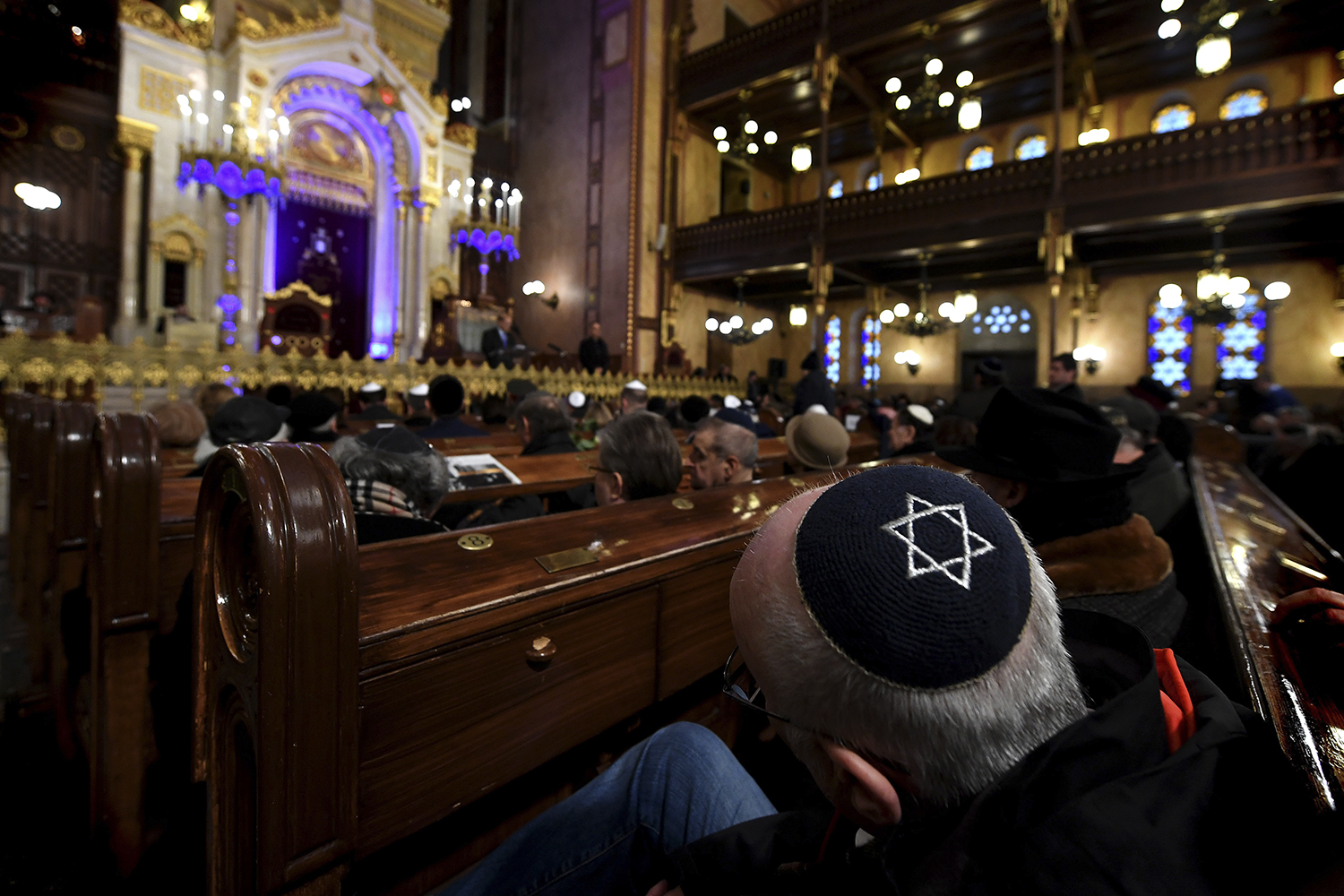 On Thursday, Hungary commemorated the 75th anniversary of the liberation of the Budapest ghetto by Soviet troops on Jan. 18, 1945.

“Every single Hungarian Jew is a Holocaust survivor, either in person or through their parents or grandparents,” Róbert Frőlich, chief rabbi of the downtown Budapest Dohány street synagogue, said at the commemoration. “We cannot forego these commemorations, or we would be condemning ourselves to oblivion.”

A decree of the Hungarian Minister of Interior said that the Hungarian capital’s old Jewish quarter would be designated a ghetto on Nov. 29, 1944. A wall was erected around the area and Jews from all over the capital were taken there.

At its establishment, the ghetto had an estimated 30,000 to 40,000 inhabitants, but the number quickly grew between 70,000 and 80,000. Despite the best efforts of the Red Cross, 80 to 120 corpses were removed every day due to famine and deplorable sanitary conditions.

The daily bread ration was 150 grams (0.33 pounds) and when the ghetto was liberated two months later, there were some 3,000 unburied bodies in its central Klauzál square alone. The last remaining portion of the ghetto wall was demolished in 2006.

“We must remember what happened in Budapest so that it will never happen again,” Israel’s ambassador to Budapest, Yakov Hadas-Handelsman, said at the commemoration.

He also said that the Jews who survived the Holocaust in Hungary subsequently had to face the terrors of communism, but he said that today the country again has a thriving Jewish community.