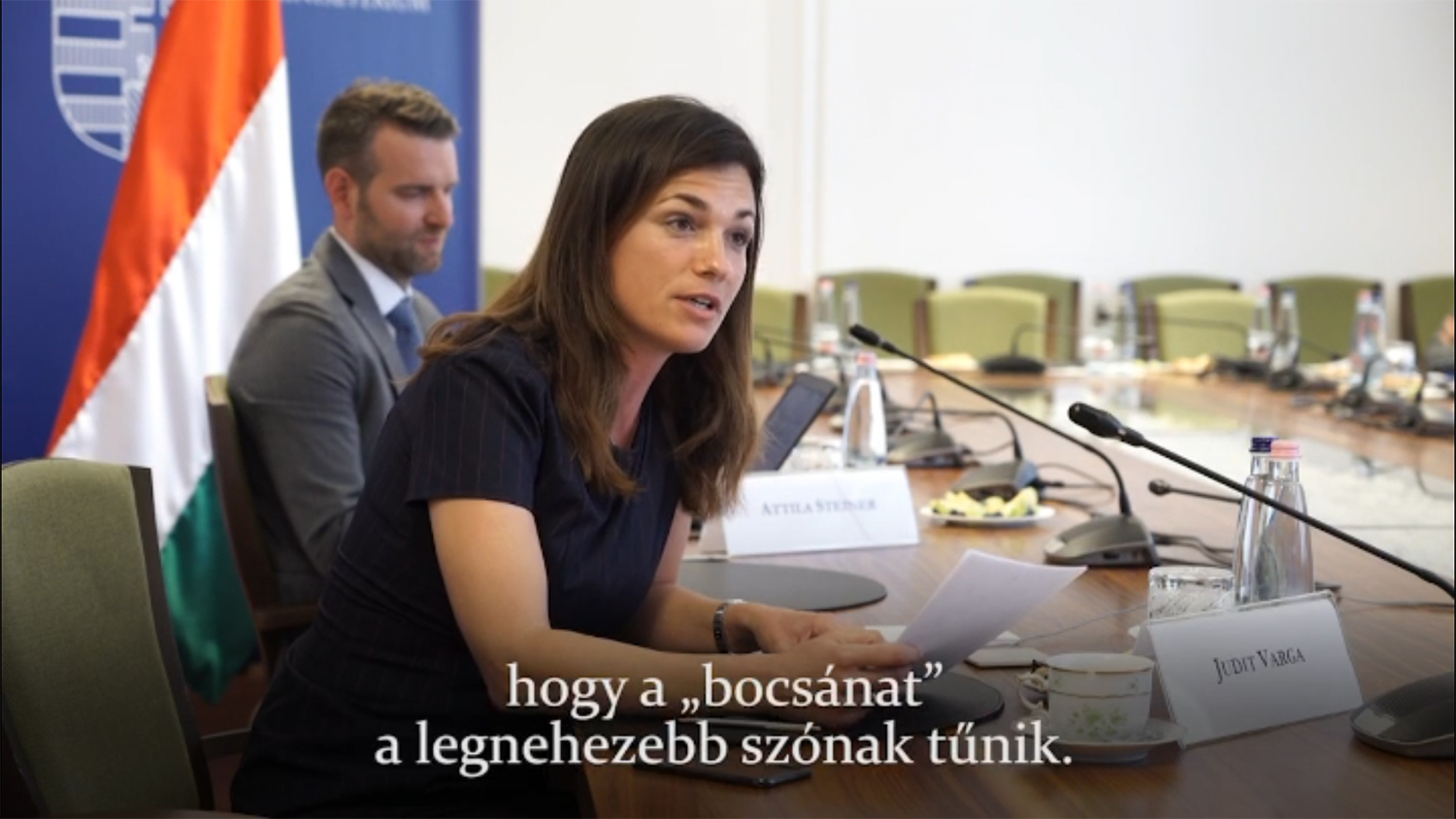 Borrowing the refrain from a hit from Sir Elton John, Hungarian Justice Minister Judit Varga reminded fellow EU affairs ministers on Tuesday that “sorry seems to be the hardest word” and that Hungary was due an apology, especially from all those who accused the government of Viktor Orbán of grabbing excessive power during the coronavirus crisis.

“It wasn’t the first time that we were the victims of a campaign that had no basis whatsoever. But fortunately, in this case the misleading and false information spread about us had obviously proven wrong,” Varga said. “In an ideal world, Hungary would be entitled to an apology, but we all know from Sir Elton John that ‘sorry seems to be the hardest word'”.

Left-wing politicians and a wide range of liberal media outlets attacked Hungary’s government after it submitted a motion to parliament in mid-March to give it additional powers for the duration of the coronavirus pandemic. Following claims that Prime Minister Viktor Orbán would put in place a permanent “dictatorship” and “authoritarian” state, the government has now relinquished the powers a mere two months after they were implemented.

The half-a-minute video of Varga delivering the above message in English during the conference was posted on her Facebook page on the same day when the Hungarian government submitted a motion to parliament handing back the extra mandate it received during the crisis.

The previous day, Varga once again refuted liberal allegations that the cabinet of Orbán wanted to keep the powers permanently.

“Thanks to the special legal order, the Government could make quick and effective decisions in recent weeks to curb the pandemic, so unlike other countries, we have been able to avoid an outbreak, mass illnesses and thousands of deaths,” Varga wrote Monday evening after the cabinet meeting focused on a bill abolishing the special legal order, which will be submitted to parliament today.

Top European politicians also heaped threats on Hungary. European People’s Party (EPP) President Donald Tusk even said that a leading scholar of the Nazi regime would have been proud of Orbán over his state of emergency law. A number of politicians and press outlets said that Orbán would use the emergency powers to rule Hungary “indefinitely”. Tusk suggested Hungary’s Fidesz party be expelled from the EPP and other top politicians even said Hungary should be expelled from the EU over the law.

The meeting of the ministers of EU affairs on Tuesday was otherwise focused on the “coordinated approach to the deescalation of containment measures and the economic recovery” after the coronavirus pandemic as well as building “a more resilient and sustainable Europe”.

In addition to the main item on the agenda, the European Commission shared information on the latest state of play in the preparation of the first Annual Rule of Law Report in the Union, of which Poland and Hungary are the prime targets. The two countries have become the focus of pro-migration forces within the EU, including George Soros and his network of NGOs, for promoting a union of sovereign nation-states against the federalist drive of Brussels bureaucrats.

Title image: Hungarian Minister of Justice and EU Affairs Judit Varga during a videoconference with her European Union counterparts on May 26, 2020. (source: Facebook)