Hungary does not yield to pressure. 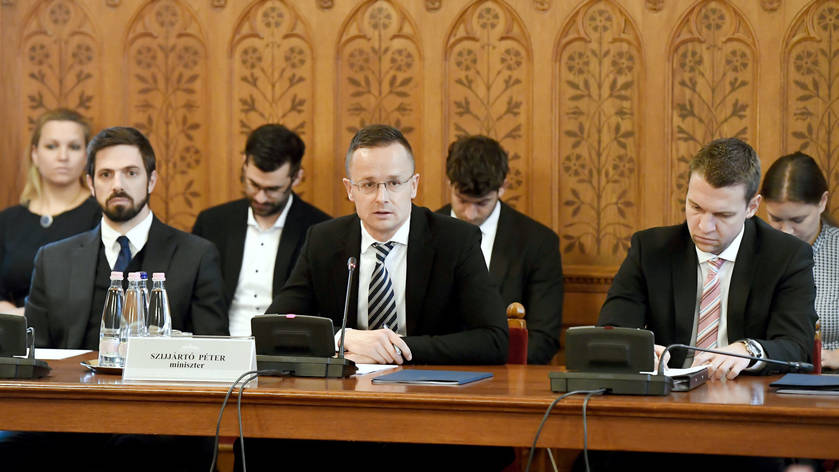 Hungarian diplomacy has been successful in asserting the country’s interests this year despite pressure from pro-migration forces in the European Union, Minister of Foreign Affairs and Trade Péter Szijjártó said at the annual hearing of parliament’s foreign affairs committee.

Migration remains at the top of the European political agenda, Szijjártó said at the hearing on Tuesday. Those nations who go against the mainstream by advocating for the right to decide who should be allowed into their respective countries are subjected to permanent pressure and the idea of a compulsory settlement quota is very much alive, he said.

Under these circumstances it is a great success that Hungary was able to defend itself and did not yield to pressure, Szijjártó said.

Under these circumstances it is a great success that Hungary was able to defend itself and did not yield to pressure.

He warned that there are major forces at work who want to make the United Nations’ Global Migration Compact into a document of international reference, and despite the opposition of Hungary and several other countries, these forces may still achieve their goal.

Szijjártó said that Hungary is a medium-sized Central European country surrounded by major powers and Hungarian diplomacy must ensure that all of them recognize Hungary’s interests.

In this sense, 2019 was a success, as indicated by Prime Minister Viktor Orban’s visit to Washington, the decision of the leaders of Germany, Russia and Turkey to visit Hungary, and the prime minister’s regular consultations with the French President Emmanuel Macron.

He added that the Visegrád Four (V4) group remains the most successful political alliance in the European Union. The countries of the group are both effective in representing their joint interests in the EU’s various bodies and are also committed to maintaining and further improving lucrative economic relations.

He also pointed out that in his capacity of minister of foreign trade, foreign direct investments in the first ten months of the year have reached 1,400 billion forints (€4.17 billion), surpassing the full-year figure from last year.

Szijjártó highlighted that another major diplomatic success of the country was the approval of its candidate for EU commissioner for the EU’s enlargement and neighborhood relations portfolio despite the “tricks” employed against him.