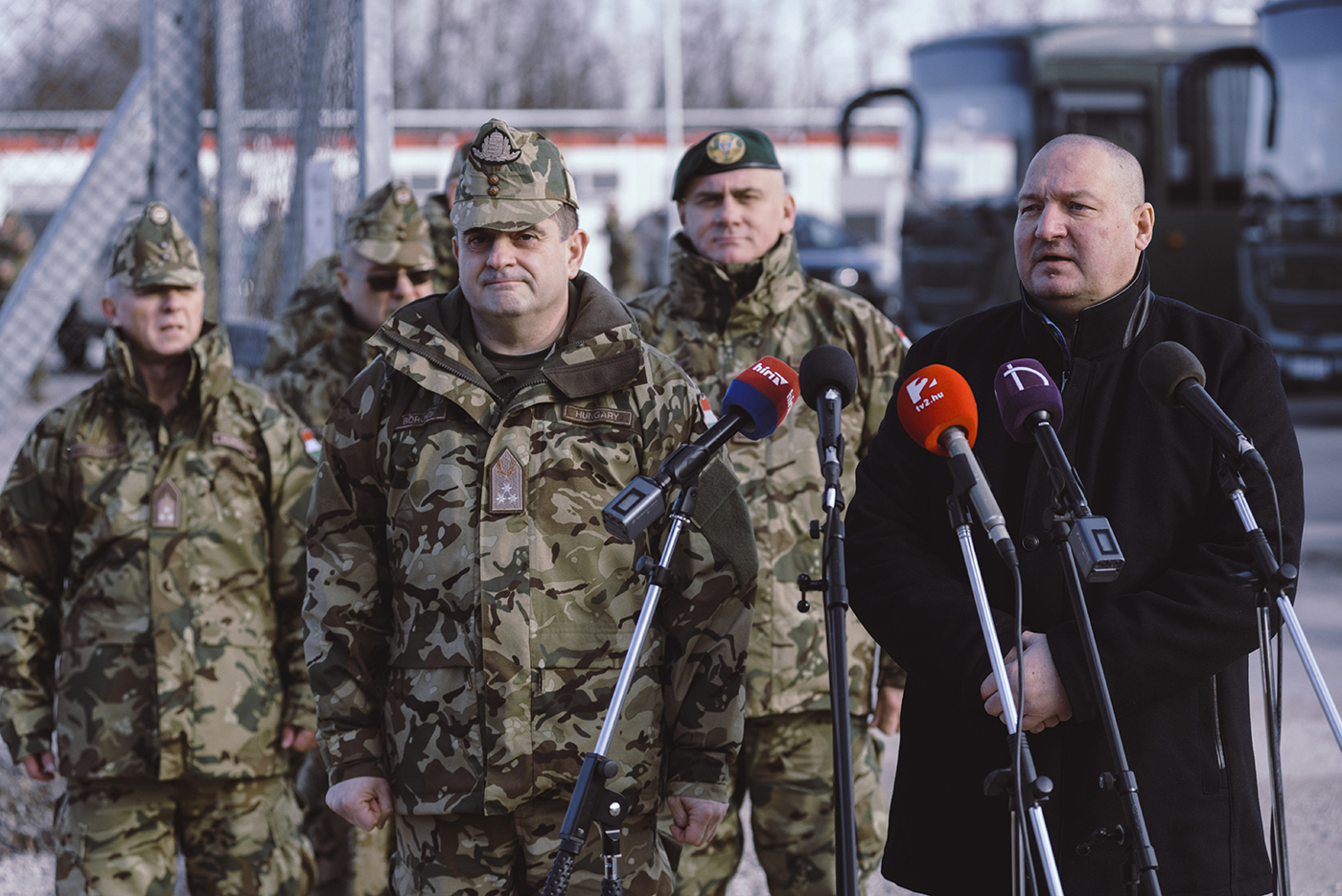 Migration pressure is on the rise, forcing Hungary to take action to stem the flow

In response to an increasing number of illegal immigrants attempting to enter the country, the Hungarian government is doubling the number of armed forces personnel tasked with border protection duties.

Deputy Commander of the Hungarian Armed Forces Lt. Gen. Gábor Böröndi and State Secretary of the Ministry of Defense Szilárd Németh announced the new border efforts on Sunday at the Madaras border patrol base in southern Hungary.

“Pressure on the Hungarian border is growing. Last December there have been almost ten times as many illegal border-crossing attempts as in the same month of 2018,” Németh said at the press conference.

The increase will bring the number of Armed Forces personnel on border protection duty to 500.

The Hungarian Armed Forces only play a secondary role in border defense, as in times of peace it is the main duty of the police who fall under the Ministry of Interior’s jurisdiction.

“In light of the recent events in the Middle East, it is likely that the number of immigrants will rise further,” Németh added.

Last year, Hungary warned that a migrant wave of 100,000 people was building on the border of the Balkans. In response, Prime Minister Viktor Orbán’s government said it was preparing for the influx of migrants by extending emergency powers and seeking further cooperation with other countries in the region to secure Europe.

Lt. Gen. Böröndi said that 100 armed forces personnel will be added to the police personnel already patrolling Hungary’s southern borders. He added that on the first day of the year alone, there have been 212 attempts to illegally cross the border.

The general said that the increased military presence will be maintained “as long as necessary”.

Hungary is one of the countries along the Balkans migration route, with most illegal border-crossing attempts on its southern border with Serbia and sporadic attempts from Romania to the east and Croatia in the south.