Demographic challenges must be met with family support, not migration 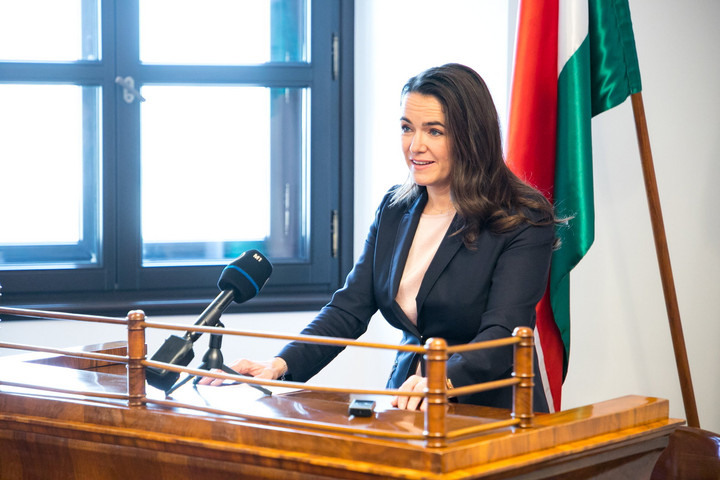 The Visegrád Four (V4) countries of Hungary, Poland, the Czech Republic, and Slovakia have established a “family-friendly coalition” at a video conference held on Thursday, Hungarian minister without portfolio for family affairs Katalin Novák said on Thursday.

“At the heart of Europe, there is a partnership that puts families at the center. We are not looking for answers to the demographic challenges we all face in migration, but in supporting families,” Novák said. The family conference was organized by the Polish presidency of the V4, with fellow ministers Marlena Malag from Poland, Milan Krajniak from Slovakia and Jana Malacová from the Czech Republic in attendance. The parties agreed to coordinate their decisions regarding families and launch joint research.

Novák emphasized that the common goal of the four countries is for young people to be able to have as many children as they want and for financial barriers not to hinder starting a family.

“I spoke about Hungarian practice at the conference. In Hungary, we support the fact that if someone thinks about a family, it means they respect their predecessors and feel responsible for their descendants, i.e. they think in the long run,” Novák said.

She stressed that women should be given the opportunity to reconcile their professional and family lives, not have to choose between the two. She added that the government is also thinking about families during the coronavirus epidemic, with more and more money being spent on their support in this year’s and next year’s budgets. She stressed that the amount dedicated to family support next year will be three times as high as in 2010 when the current conservative government came to power.

“We have introduced support for babies, Hungary’s largest home creation program, and we will be raising the daycare subsidy from July1. From 2022, people under the age of 25 will be exempt from personal income tax, while mothers raising four children will also enjoy PIT exemption, but I can also mention nursery construction,” she said while listing the government’s achievements.

Novák also mentioned that a recent Hungarian poll revealed that young people don’t have set timelines when planning a family, adding that similar research should be coordinated among Visegrád member states. She believed that if they could conduct such research at the level of the Visegrád Group, that would be instrumental for better cooperation.

“Within V4, we monitor each other’s good practices; in Poland, for example, young people already enjoy personal income tax exemptions, although this means slightly fewer discounts than will be in force in Hungary from next January,” Novák said.