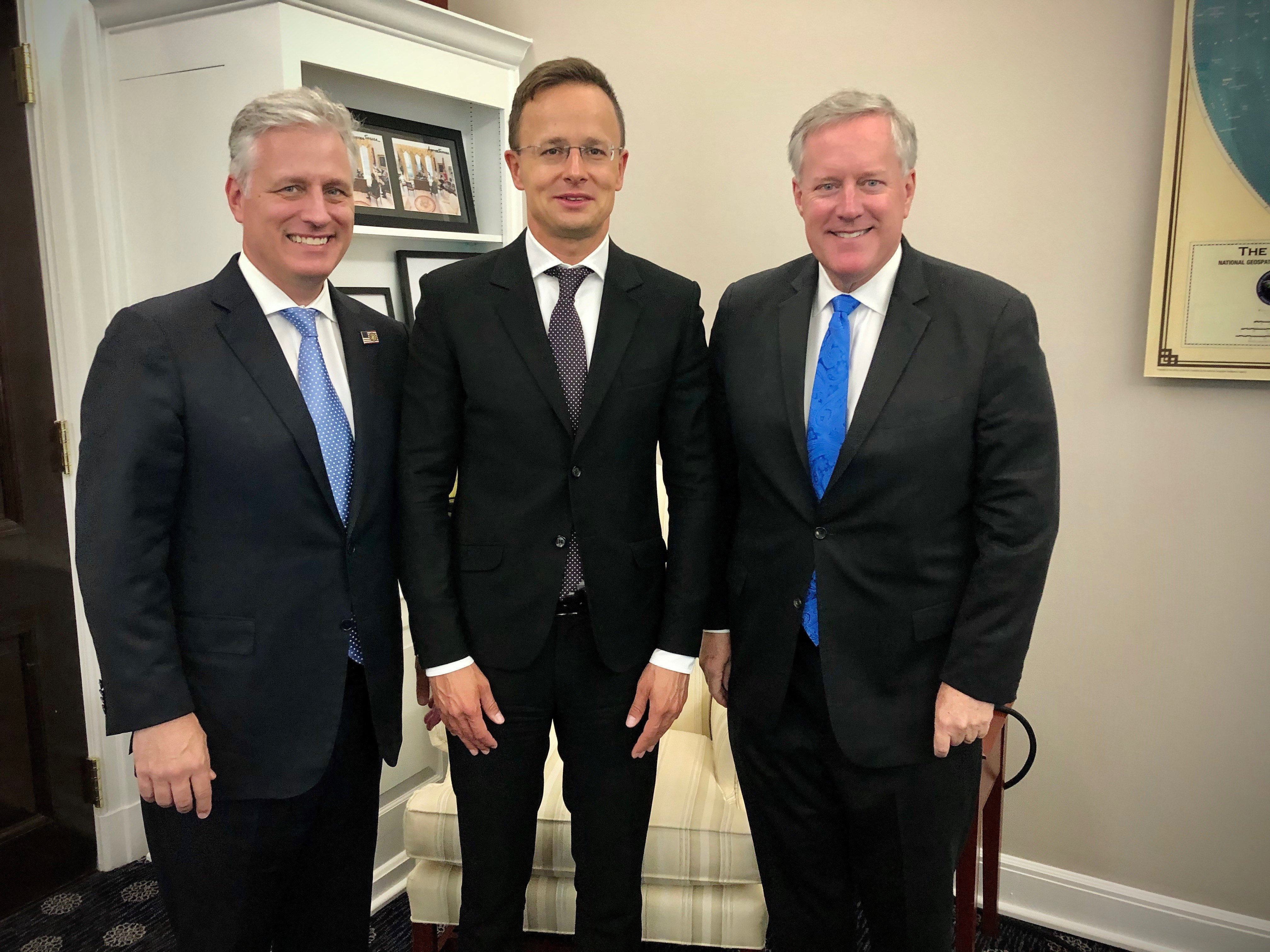 Hungary continues to support the United States’ efforts to bring peace to the Middle East, which is vitally important because the stability of the region is closely linked to Europe’s security and migration situation, Hungarian Minister of Foreign Affairs and Trade Péter Szijjártó said in Washington on Tuesday.

“If there is peace and stability in the Middle East, there is a good chance that no further waves of migration will move towards Europe,” Szijjártó said.

He was the only European Union foreign minister to attend the signing of the U.S.-sponsored Middle East peace accord between Israel, Bahrain and the United Arab Emirates.

“Clearly, Donald Trump personally and the US presidential administration have an amazing role to play in this, and President Trump also deserves appreciation and thanks,” Szijjártó said. He was the only foreign minister of the European Union to attend the U.S.-sponsored peace accord between Bahrain, Israel and the United Arab Emirates.

“Hungary continues to support US efforts in the Middle East, we stand for Israel, and we stand for no double standards against Israel,” Szijjártó said. At another meeting he signed an agreement on closer scientific-engineering-technical cooperation with space company Virgin Galactic on behalf of the government.

During the day, Szijjártó also met with Jared Kushner, Donald Trump’s son-in-law and his chief adviser to the Middle East and his U.S. counterpart, Mike Pompeo with whom he also had consultations.

Hungary’s foreign minister said that the relationship between Hungary and the United States has never been so good.

“Both Prime Minister Viktor Orbán and Donald Trump speak honestly and clearly about their vision. Political correctness and hypocrisy are not typical of any of them, and this creates an opportunity for excellent cooperation. Furthermore, they both take a firm stand against illegal migration, think similarly about are protecting Christian communities, supporting families, and agree on world policy issues,” Szijjártó said.