Over the weekend, Polish Border Guard detained hundreds of migrants in the latest migration assault 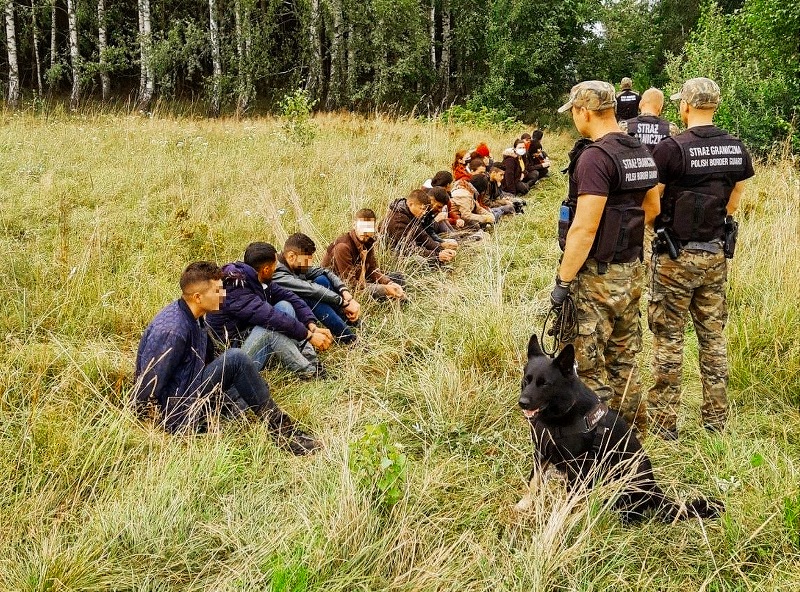 According to the spokeswoman of the Podlaskie Border Guard Unit (POSG), major Katarzyna Zdanowicz, Border Guard officers detained 349 illegal migrants on the Polish-Belarusian border between Friday and Sunday. The majority of them were Iraqi and Afghan citizens.

She said that the migrants are currently taking Covid-19 tests, and their identities, ages, and countries of origin are being fully determined. Following this process, the migrants are being relocated to guarded centers for foreigners.

Based on court rulings, foreigners who are detained while illegally crossing the border, evade expulsion from the country, reside in Poland without necessary documents, and conduct work without permission, are relocated to such centers.

The migrants who were detained last weekend were yet another significant group of foreigners attempting to enter Poland illegally. Last Friday, Zdanowicz counted 71 detained persons and another 62 last Thursday.

According to POSG data, Border Guard officers have detained 871 illegal migrants since the start of 2021.

Deputy Minister of the Interior Maciej Wąsik spoke about the detentions on the Polish-Belarusian border. He emphasized that the government treats the recent migration surge as a response for assisting Belarusian athlete Krystsina Tsimanouskaya.