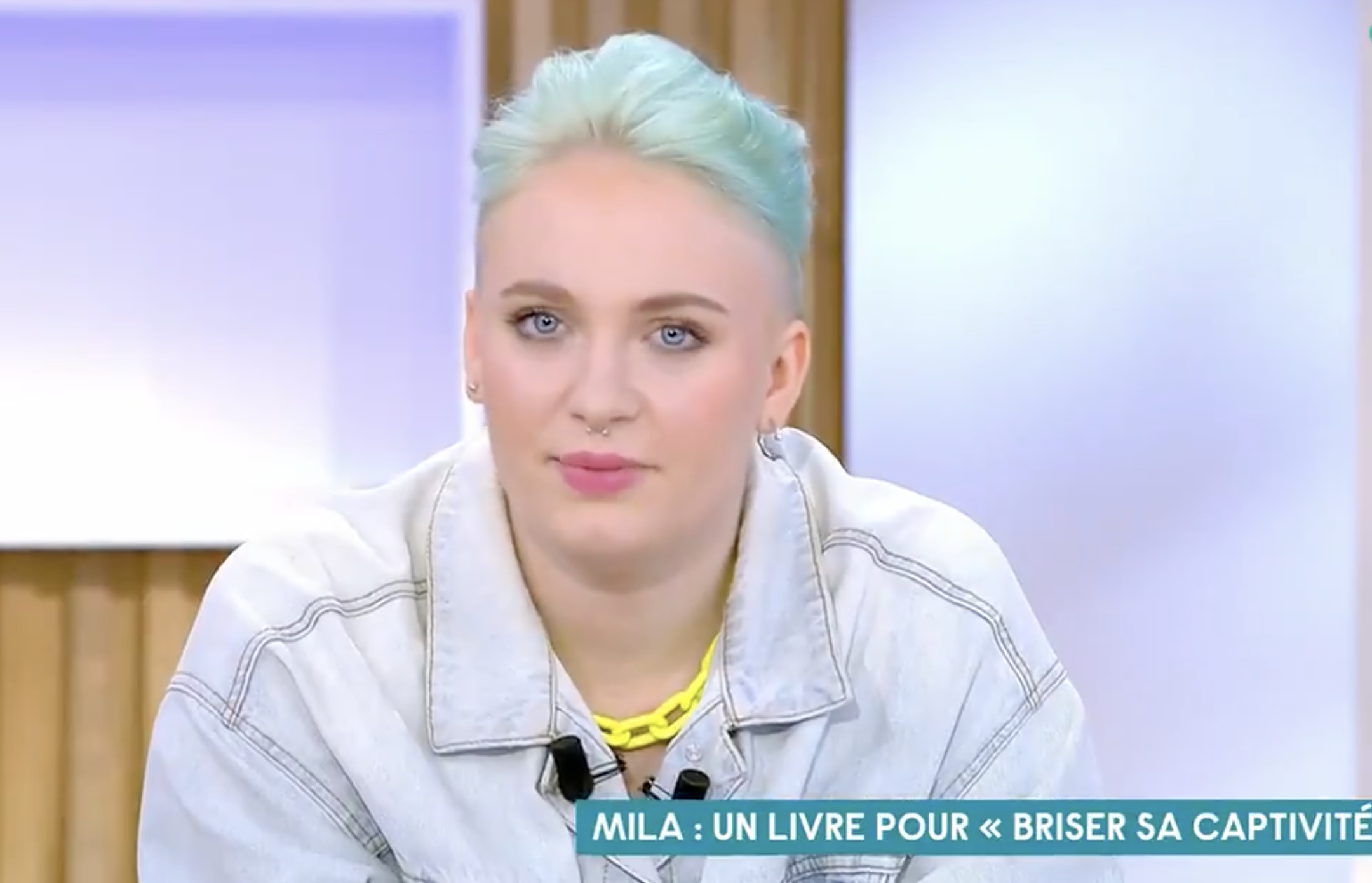 Mila, the 17-year-old French teenager who has been the subject of tens of thousands of death threats since she made insulting remarks about Islam in January 2020, is still surprised by the lack of support from the feminist and LGBT community.

“These associations don’t want to support me. They try to find all sorts of reasons not to defend me. They accuse me of sexist, transphobic comments when I’ve never made such comments. These are pretexts. All those accusations are doing a lot of harm around me,” the teenage girl said in a television show on June 15, accusing the association world of “cowardice and malice.”

Yet, the vulgar remarks she made on social networks about Islam were an angry reaction to a Muslim Internet user who had attacked her homosexuality also with great vulgarity.

Having seen his advances rejected by Mila, who told him she was a lesbian, the Muslim male rounded up some of his co-religionists and directed a torrent of homophobic, misogynistic, and racist insults then fell on the teenage girl, including “slut”, “dirty French”, “French shit”, “dirty whore”, “dirty dyke”, “b*tch”, as well as threats such as: “We’ll find you, you’re going to die” and “inshallah, you die, dirty whore”.

In a fit of anger, Mila replied: “I hate religion, the Koran, there’s nothing but hate in there, it’s crap, that’s what I think of it. (…) Your religion is crap.”

The broadcasting of these remarks, generally cut out of their context, has led to the French teenager being taken out of school, hidden and under police protection, and forced to prepare her baccalaureate by correspondence.

This does not prevent her from publicly defending — on social networks and television— her right to criticize or even insult a religion. In France, blasphemy or offending one’s religious feelings is not an offense. Minister of Justice Nicole Belloubet’s first reaction in January 2020, when she said that “insulting religion is obviously an attack on freedom of conscience, it’s serious”, rightly unleashed a torrent of criticism, and the prosecutor’s office quickly abandoned the investigation opened against Mila.

In contrast, on June 3 in Paris, the trial of ten men and three women, aged between 18 and 35 and accused of harassing or threatening to kill young Mila online, began. Zineb El Rhazoui, a former Charlie Hebdo journalist, a human rights activist, and Franco-Moroccan feminist who herself lives under police protection because of death threats from radical Muslims, is hoping for heavy sentences because “a lax decision by the judges would be a disastrous omen.” In an interview published in Le Figaro on June 2, the journalist reminds the French that “vulgarity is fortunately not a crime” and presents Mila as an “example for young people” for her courage and freedom of mind.

“She is so out of place among those increasingly conformist young people, whose only claim to freedom is to ape the identity clichés,” notes Zineb El Rhazoui, recalling moreover that “the vulgarity of Mila’s remarks was only a fair response to the obscenity of the insults and threats she had received.”

“When you left Morocco for France, could you imagine having to defend the freedom of expression of a young French woman against Islamists?” the Figaro interviewer asked her. And the Franco-Moroccan journalist replied: “Never. And I would have never thought that one day I would be such a woman myself. The media have talked a lot about Mila and me, but do you know how many women are insulted by Muslim fundamentalists every day for their freedom? How many homosexuals have been lynched, how many people have been beaten up during Ramadan for a cigarette or a sandwich? How much longer will France fail to enforce the rights of citizens on its own soil? ”

Like Mila, El Rhazoui is particularly critical of the attitude of feminist and LGBT associations:

“Mila has been supported by free and honest individuals all over France and beyond, people who do not receive subsidies, who have not made a business out of their convictions, unlike the associations you refer to. So-called feminist associations that engage in selective feminism under the pretext of anti-racism end up accepting discount feminism for Muslim women or victims of Islamic patriarchy, so they fall exactly into the definition of racism. As for the associations that claim to fight against homophobia without ever mentioning that homosexuality is condemned in all countries where Islam is the law – often with the death penalty – they are demonstrating their own imposture. ”

Those associations did not bring a civil action in the trial that opened in Paris against the perpetrators of death threats against Mila, who has been attacked for her sexual orientation as a lesbian.

On the other hand, four associations defending secularism signed an article in Marianne on 18 June, under the title “The silence of LGBT associations and so many feminists on the Mila case is absurd.” In it, they ask the following question:

“Is it because the harasser is not a White man (although he is very, very “cis”!), wearing a tie and of European origin – as this what matters to the new essentialist anti-racists and feminists: the origins! Is that why we do not hear from LGBT organizations? And that we do not see, with rare exceptions, the feminist associations all standing up to put up the media, political and human barrage that we should expect, and that we would certainly witness if in the same way she had been harassed for having mocked Catholicism or some Evangelist sect?”

The author of the article in question makes the bet that “we will not see any ’I am Mila’ banners at the June 26 Pride March, nor will we see any T-shirts or any small signs in support of this teenage girl, although she embodies both religious intimidation of homosexuals and male oppression of women’s speech and bodies.”

Indeed, the author explains that “Mila has the fault of being White, from a well-to-do family, and of having, by blaspheming, according to her strictest right and in a most understandable situation, attacked the beliefs of a category of citizens deemed to be more of a minority, better dominated, by the colonial state — citizens who are better victims than her, in short. By losing her status as a victim, she seems to have lost her status as a lesbian and a woman in the blind eyes of her natural spokespersons and defenders.”

France is a country which has always been quick to condemn what it believes to be LGBT discrimination, in particular through the French Secretary of State for European Affairs Clément Beaune, who has taken up the fight for “LGBT rights” in Poland and Hungary but has been much less vocal on Mila’s case.

Mila’s treatment in France raises the question: Where does she see herself in five years in “the land of human rights”?

“I see myself as a severe burn victim, maybe with a leg blown off or maybe dead. Maybe I’ll be dead in five years. (…) I’m certainly not going to stay alive, and I know that’s not normal. It’s at times like this that I start to cry because I’m not able to see my future like others,” said Mila.