Iran to Poland: We will not forget the treason

Iran warns that Poland’s “great treason” will never be wiped from the minds of Iranians, writes Tehran Times. Iran’s criticisms come from Poland being the host of the Middle East conference in February. 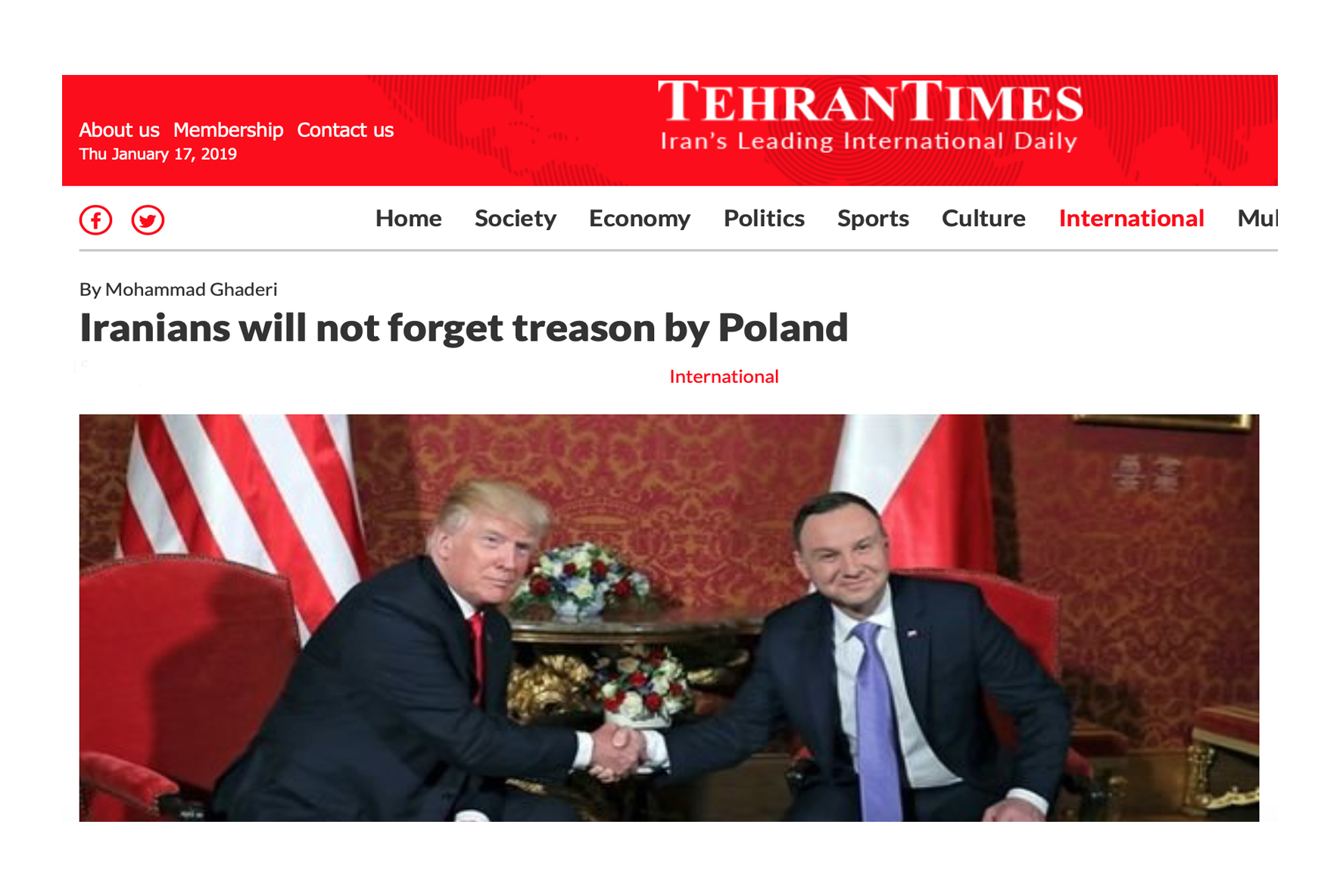 One of the main topics of the upcoming conference will be Iran’s policies and their influence on the region. Iranian publications are not hiding their outrage:

“Today, at a time when the Iranian nation is struggling with illegal sanctions by the Trump administration, officials in Warsaw have agreed to host an anti-Iran conference. Though this joint Washington-Warsaw measure against the Iranian nation will reach nowhere, the great treason of this European country will not be wiped from the Iranians’ minds,” writes Teheran Times.

Today, at a time when the Iranian nation is struggling with illegal sanctions by the Trump administration, officials in Warsaw have agreed to host an anti-Iran conference

Mojtaba Zonnour, the chairman of the Nuclear Subcommittee of the National Security and Foreign Policy Committee, has also threatened Poland and the United States: “The Islamic Republic must take a determined stance against this affront and impertinence. We cannot be lenient in the face of them.”

Relations between the US and Iran have been in turmoil ever since Donald Trump abolished the Nuclear Agreement from 2015. This means sanctions will be placed on Iran once again.