Bary allegedly arrived in Europe on a migrant ship 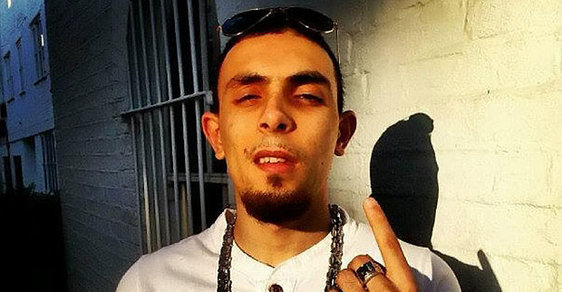 Former British rapper and Islamist militant Abdel-Majed Abdel Bary was thought to have died in Syria years ago while fighting for Islamic State, but on Monday, Spanish police working with British intelligence agency MI5 found him alive thanks to advanced technology.

Besides Bary, Spanish police also arrested another two suspects during the counter-terrorism raid. The trio hid in the south of the Iberian Peninsula in the port city of Almería. The area is home to a relatively large number of immigrants, mainly from Northwest Africa.

Bary is thought to have made it to Spain inside a migrant boat from Algeria after escaping death while fighting for ISIS, according to investigators who believe he was a part of the waves of migration from the Middle East. Approximately 1.5 million Middle Eastern migrants entered Europe in 2015 alone and tens of thousands more since then.

Despite security forces displaying a strong interest in Bary, the terrorist has managed to escape for years and even move back to Europe completely undetected. The fact that he was able to enter Europe and evade police for so long has raised questions about security within the Schengen area.

A court hearing with the three detainees will take place on Wednesday behind closed doors at a court in Madrid.

Police authorities found Bary mainly thanks to advanced technology. Although Bary hid his face behind face mask used by many during the coronavirus epidemic, investigators identified him by comparing his older images with newer ones.

“The shape of his ears was one of the factors that helped us identify him,” a police source told the Spanish daily El Pais.

His identity was then confirmed by fingerprints.

Abdel-Majed Abdel Bary, a British citizen with Egyptian roots, left the United Kingdom in 2015 to join the Islamic State’s fighters in Syria. From then until his alleged death, he was followed by the British Security Service MI5.

However, Bary made his extremist views known before then. The rapper published several threatening posts addressed to Western states on social networks, and once even uploaded a photograph of himself posing with a severed head.

He was once considered a suspect in the beheading of James Foley but instead that turned out to be Mohammed Emwazi, a Kuwaiti-born man who left London to join ISIS.

Bary’s father was also known for terrorist activities after he was convicted of bombing U.S. embassies in Tanzania and Kenya, which killed 213 people.

The last reports on Bary, made by Turkish police, were from the end of 2015. From then until this year, he disappeared and intelligence sources believed he was dead.

“One of the most wanted terrorists in Europe, both because of his criminal record in the Islamic State and for the high danger he posed,” is how Spanish police described Bary.