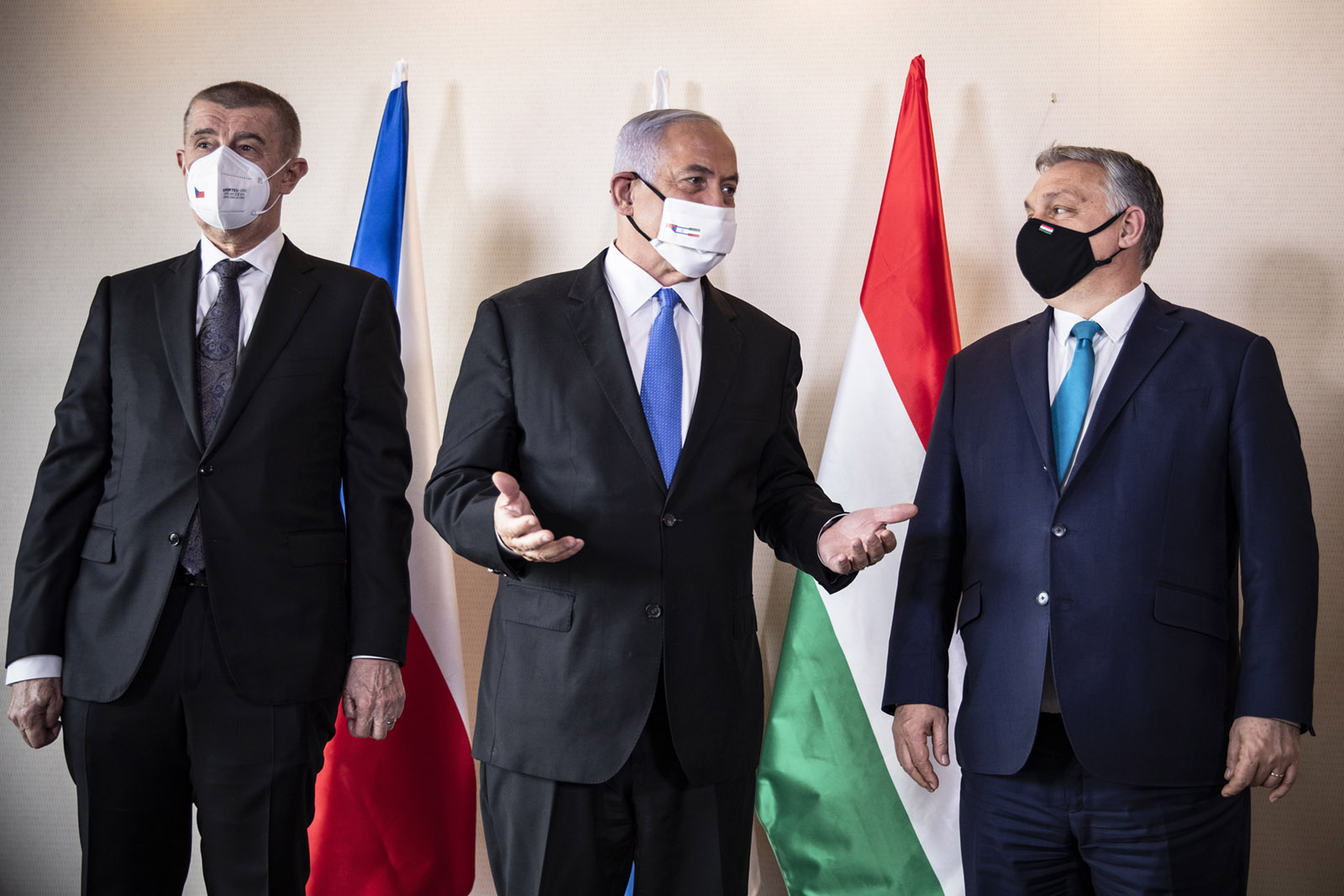 At their joint press conference, Netanyahu said several topics were on the agenda, including the adoption of “green passports,” i.e., certificates proving vaccination against the coronavirus. The Israeli prime minister pointed out that Israel had already agreed with several countries on the mutual acceptance of digital immunity certificates that would allow for freer travel; he thought it important to add Hungary and the Czech Republic to this circle.

The tripartite summit also discussed in detail how Hungary and Czechia could be involved in the planned international vaccine production in Israel.

“Together, we can do more,” the Israeli prime minister said.

On the day of the visit, Babiš also officially opened a branch of his country’s embassy in Jerusalem, which has technically been open since March 1. This makes Czechia only the second European Union member state to do so, after Hungary opened a trade office there on March 19, 2019.

Netanyahu called both the Hungarian and Czech prime ministers “close personal friends.” He praised the fact that both countries had opened missions in Jerusalem and were also helping Israel on the international stage as true friends.

At the meeting held at the King David Hotel in Jerusalem, Orbán pointed out that he traveled to Israel with his Czech colleague to understand how the country had become “the world champion in the fight against the pandemic” and how Hungary could follow its example.

Orbán added that the friendship between Hungary and Israel is alive and well, and one proof of this is that the balance of Israeli-Hungarian trade increased last year, while the balance of world trade decreased by several percentage points.

In his turn, Babiš highlighted that Israel is a textbook example of an effective fight against the coronavirus and will soon be the first country in the world where life can return to normal. He especially praised the fast and smooth way Israel handled the immense logistics operation entailed for mass vaccination.

He also thanked Israel for the 5,000 doses of Moderna vaccine it had sent to Prague. He noted that he hopes the Czech Republic is already past the peak of the epidemic and that the situation will soon begin to improve. Babiš further stated that the Czech Republic and Israel are allies and strategic partners.