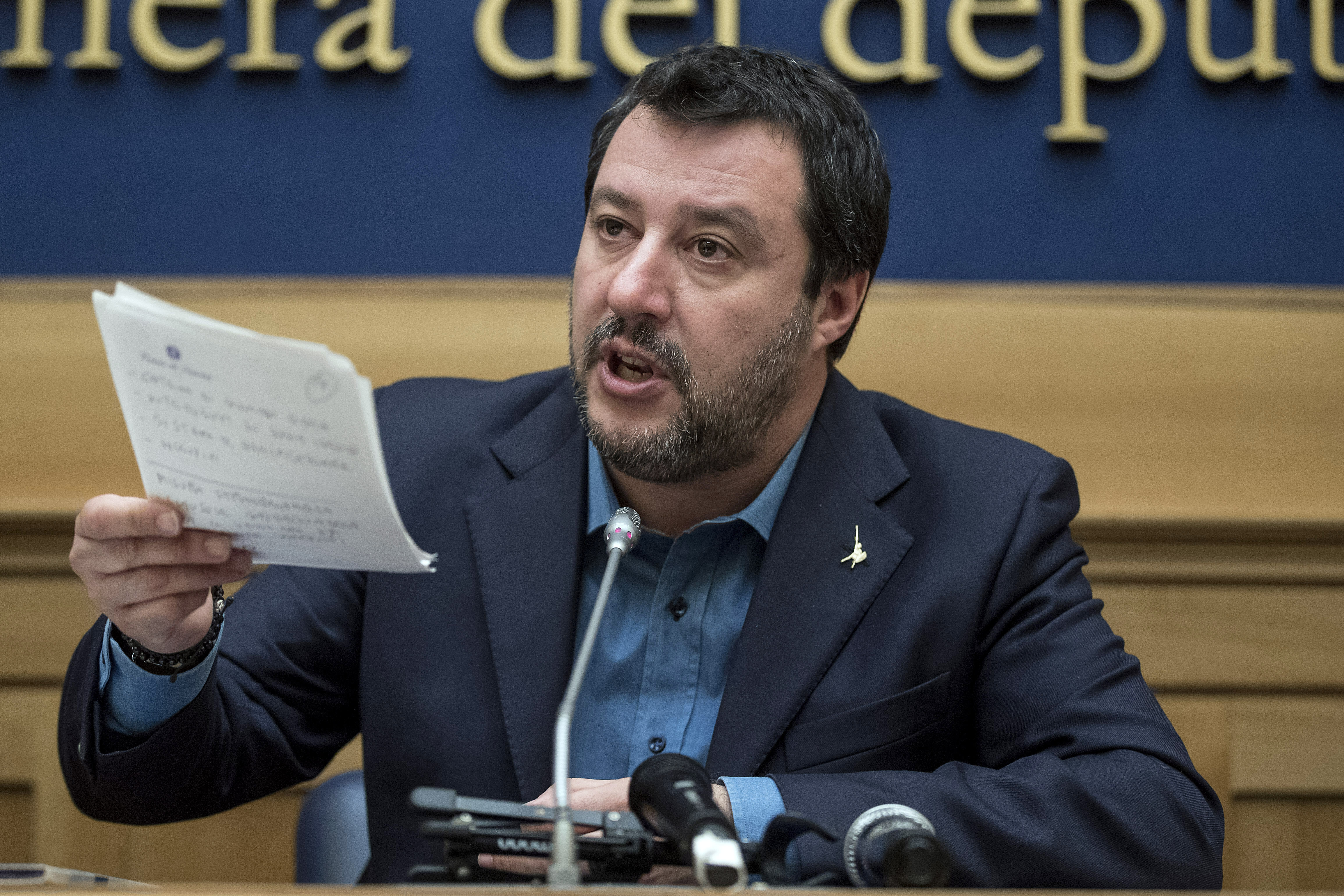 Italy’s left-wing government led by Italian Prime Minister Giuseppe Conte is being accused of putting the interests of migrants before Italians after granting amnesty on Wednesday to approximately 600,000 of the country’s illegal migrants in the middle of the country’s coronavirus crisis.

The decision to legalize migrants in Italy followed weeks of disagreement among the country’s ruling coalition, but once the bill was passed, pro-migrant Agriculture Minister Teresa Bellanova cried tears of joy as she signed the bill into law, according to il Giornale. Bellanova had previously said she would resign from the government if illegal migrants were not granted amnesty.

Matteo Salvini, the leader of the anti-immigration Lega party, wrote, “Minister Bellanova’s tears for the poor immigrants, with no reference to the millions of unemployed Italians, do not move anyone.” He also described the decision as.a betrayal of all Italians suffering during the crisis.

The amnesty was included in a nearly €60 billion stimulus package approved by the Italian parliament and will allow migrants to stay in the country legally with permits for six months with the option to renew their permits every six months after that.

Salvini also skewered the stimulus bill, saying that the bill provided virtually no money for schools or families. He said that if the government had allowed his party to collaborate on the bill, it would have cut taxes for businesses and provided non-refundable aid instead of loans as well as funds for public works to help employ Italians.

“Sooner or later the Italians will return to express themselves at the voting booth and be able to choose a future other than the current one, and we are preparing,” he said.

Other nationalist and populist parties voiced their opposition to the government’s decision.

“Hundreds, perhaps thousands of Italians have cried, perhaps at night, secretly from their children, crushed by desperation for losing everything, or for fear of losing everything. Help for them never came,” said Brothers of Italy leader Giorgia Meloni.

Maria Stella Gelmini, head of the center-right Forza Italia in the Chamber, said, “I respect everyone’s tears, but what worries me right now are above all the tears of the Italians.”

The left-wing government’s decision to grant amnesty comes at a time when Italy is being overwhelmed by the coronavirus and facing economic ruin. Although the government said it was granting the amnesty to help legalize Italy’s many migrant farmworkers, these workers will only make up a fraction of the illegal migrants now available to take advantage of the amnesty.

It also true that Italians do not want to work on farms to help the country’s harvest, according to Italian newspaper la Repubblica. Due to a worker shortage from Eastern European over coronavirus border closures, 24,000 Italians have signed up to help on the nation’s farms, including unemployed baristas, clerks and tour guides.

With legalization, these migrants will now also have easy access to Italy’s severely overburdened health care system, raising concerns that Italians will have to foot the bill for their healthcare as the country deals with a catastrophic economic crisis. An estimated 31,000 Italians have already died from the coronavirus.

Italian hospitals have also been criticized for giving seniors in nursing and retirement homes “lower priority” status than younger patients. With many of the 600,000 migrants in Italy younger than the Italian population, there may be concern that Italians may increasingly be overlooked in hospitals.

The Five Star Movement, which used to be allied with Salvini’s Lega Party, was the primary obstacle to the amnesty, but they eventually agreed to go along with it. They originally argued that the amnesty would only benefit exploitative employers and drive down wages for Italians.

“Such an amnesty would have devastating moral effects on the country,” said Vito Crimi, a leading Five Star politician, just two days ago.

As word of the amnesty spreads, it may only encourage more migration to Italy, a concern voiced by Salvini in the run up to a vote on the amnesty.

“The government has announced an amnesty for illegal migrants at a time when the number of arrivals has increased by 350 percent. 136 people made landfall on Lampedusa only this evening. Italy as a migrant camp? No, thanks,” the Salvini wrote on Twitter.

“We got it,” Jean-Rene Bilongo, head of migration policy and inequalities at the CGIL-FLAI farmworkers’ trade union, told Al Jazeera.

“Thousands of migrants living at the margins of society will now become legal subjects – the invisible become citizens,” he said.