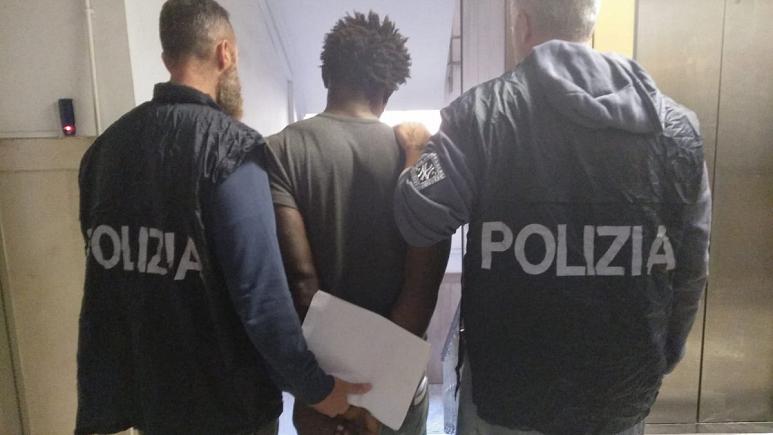 Italy has been hit with a wave of rape allegations involving migrants, including victims ranging from a 15-year-old girl to a 69-year-old woman, which has prompted politicians from Matteo Salvini’s League party to call for “chemical castration” for those who are convicted of such crimes.

The high-profile sexual assaults comes at a time when Italy has already experienced a drastic 150 percent increase in illegal migrants arriving at the country’s coast. Seen as a major policy failure by Prime Minister Giuseppe Conte’s left-wing government, the lax border controls along with the rape allegations could add fuel to anti-migration sentiment before regional elections on Sept. 20 and 21, potentially dealing the ruling government a severe electoral blow.

On Aug. 15, a 15-year-old Italian girl was raped by two “unaccompanied minors” from on Lignano beach while a third migrant male watched on without stopping the crime. Two of the males were from Albania and the third was from Egypt.

The League party governor of Friuli Venezia Giulia, Massimiliano Fedriga, referencing the case said, “The State must prove itself absolutely inflexible in the face of so much inhumanity and use extreme penalties to prevent similar episodes from repeating themselves in the future. For the crime of rape, I want to say it clearly: I am in favor of chemical castration.”

Pierpaolo Roberti, the League party’s security councilor of the Friuli Venezia Giulia Region, also echoed the sentiments of Giulia, saying, “More controls and stricter measures, up to chemical castration for those who commit crimes of a sexual nature, need to be considered.”

Despite the shocking nature of the crime, it was only one of three rapes committed by migrants just on Aug. 15. On the same night as the 15-year-old’s ordeal, a 40-year-old woman said that she was kidnapped, beaten and raped by a Tunisian migrant in Venice.

The woman said she was originally visiting the historical center of Venice with some friends when she met the Tunisian man, who convinced her to come to his home, which was an abandoned building in the Arsenal district. Once inside, she said he forcibly raped and beat her all night.

The woman escaped from the man’s apartment completely naked where she then ran to a nearby bar and called the police.

She was transported to a hospital where she was interviewed by the police who quickly located and arrested the Tunisian suspect, who is believed to have seized her clothing to prevent her from leaving his residence. The suspect is currently in Santa Maria Maggiore prison and awaiting trial.

A third incident also occurred on Aug. 15, which saw police accusing a 21-year-old foreigner from Sierra Leone of raping a woman in her 20s in Rome. The young woman says went to his house with some friends but allegedly felt sick and asked to lay on his bed. After falling asleep, police say he sexually assaulted her. She managed to wriggle from his grasp and inform police who subsequently arrested him.

On Aug. 8, shortly after 9:00 a.m., a 67-year-old woman was raped by a 28-year-old migrant while riding on a train from Rome to Avezzano. After the man forced himself on her, staff on the train were alerted by her screams. They managed to detain the suspect until police arrived. The 28-year-old migrant, who had lived in Italy for five years, was arrested for aggravated sexual assault.

On July 26, a 57-year-old woman was jogging in La Spezia on the bicycle path located in Via dei Pioppi when a 32-year-old illegal migrant male from the African country of Gambia, who is in Italy illegally, attacked and raped the woman early that morning. During the struggle, the woman fell and fractured her ribs. People passing by managed to intervene and the man fled the scene. The victim was transported to the emergency room, and the police later apprehended the assailant.

On July 15, a 32-year-old woman was raped while she was walking her dog in a public park in Milan by a 24-year-old illegal immigrant from Africa. Although she was raped in an area featuring many people, she was forced at knife point towards a deserted spot behind a school where he then committed the crime. The man has since been arrested and police say that DNA evidence has linked him to the crime.

The rapes involving foreigners are not isolated incidents either, as statistics from Italy’s interior minister’s office shows that 42 percent of all rapes in Italy are committed by migrants despite only being 8 percent of the Italian population.

With Italy set to vote on Sept. 20 and Sept. 21 in regional elections across the country, migration may once again play an important role, especially after Conte’s government granted 600,000 illegal immigrants amnesty in May of this year, an action that Salvini called a “betrayal” of Italians.

A Reuters article from 2017 highlighted how rape allegations involving foreigners were “fueling anti-immigrant sentiment”, making it a top political agenda, with the issue playing a role in launching Matteo Salvini’s League party to power in 2018, along with the fact that the lax border controls led to 600,000 migrants, mainly Africans, to enter the country over a period of four years. Reuters wrote:

“There are too many of them. I will send quite a few home,” Matteo Salvini, the head of the rightist Northern League, wrote on Twitter this week after police said a Bangladeshi man had been arrested in Rome on suspicion of raping a Finnish au pair.

The Rome case came two weeks after a young Polish tourist said she was gang raped by four Africans, three of them aged under 18, on a beach in the Adriatic resort of Rimini.

The woman’s partner was badly beaten by the youths and a Peruvian transsexual said she was raped and assaulted by the same quartet later the same night.

The leader of the gang was named as a Congolese asylum-seeker who had been allowed to stay in Italy on humanitarian grounds. The other three were Moroccan brothers aged 15 and 17, who were born in Italy, and a 16-year-old Nigerian.

Even then, the disproportionate role of foreigners in regard to sexual crimes was producing big concerns in Italy.

“Some 40 percent of rapes are being committed by foreigners who make up 8 percent of the population. You can’t sweep this under a carpet,” Deborah Bergamini, a lawmaker with Forza Italia, told Reuters. “The influx of migrants is having major consequences.”