About 150 migrants should be placed in quarantine 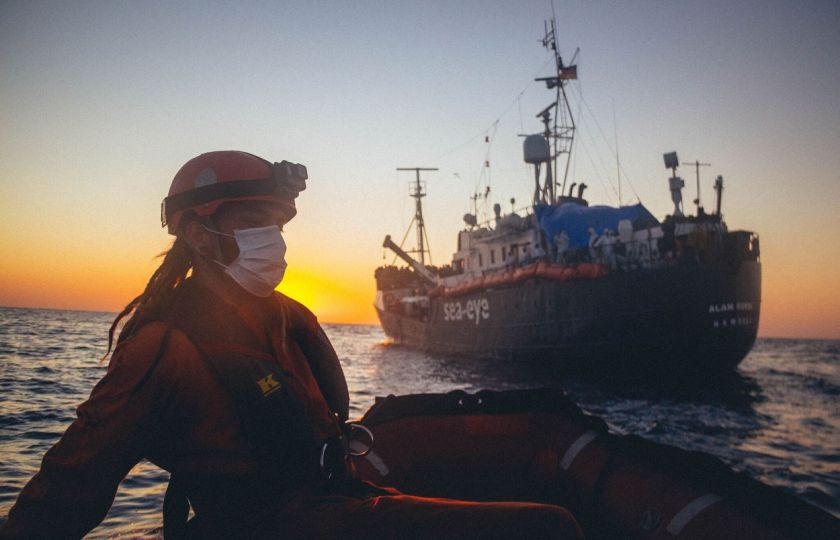 Italian authorities decided to transfer migrants from the crowded rescue ship “Alan Kurdi” to another vessel where they would be kept in quarantine over coronavirus concerns.

The decision concerns about 150 migrants rescued about a week ago by the German NGO Sea-Eye off the Libyan coast.

At that time, Italy refused to let the migrants from the Alan Kurdi ship, which belongs to Sea-Eye, to enter Italy’s ports due to the COVID-19 pandemic. Sicilian Prime Minister Nello Musumeci then suggested that placing migrants into quarantine before redistributing them into European countries should become a new standard.

The Sea-Eye spokesman Gorden Isler also welcomed the decision to move the Alan Kurdi migrants to a larger ship, where they would be placed in quarantine.

“If the Italian coastguard took the rescued people from Alan Kurdi, this stalemate would finally end,” he said.

However, it is not yet clear what will happen with the migrants next. According to the Italian authorities, Germany is responsible for them as the Alan Kurdi ship sails under its flag. On Friday, the German government called on the European Commission to coordinate the redistribution of migrants.

According to the DPA news agency, the German government also holds talks about this issue with some European countries, but it is not known with which ones.

Furthermore, Malta also stated last week that NGO ships will not be allowed to enter ports due to the COVID-19 pandemic.

The APA news agency reported that another vessel with hundreds of migrants arrived in the Sicilian port of Pozzallo last Sunday. According to Pozzallo’s Mayor, Robert Ammatuna, migrants cannot be placed in the Emergency Center in Pozzallo, which accommodates 50 migrants, which already has a 15-year-old Egyptian who has been infected with the coronavirus.

Ammatuna also said that people smugglers have a “new strategy”. They transport migrants to European shores on a larger vessel and then leave them in small boats a few nautical miles off the European coast.