Twelve-year-old Czech boy proves to be a hero. 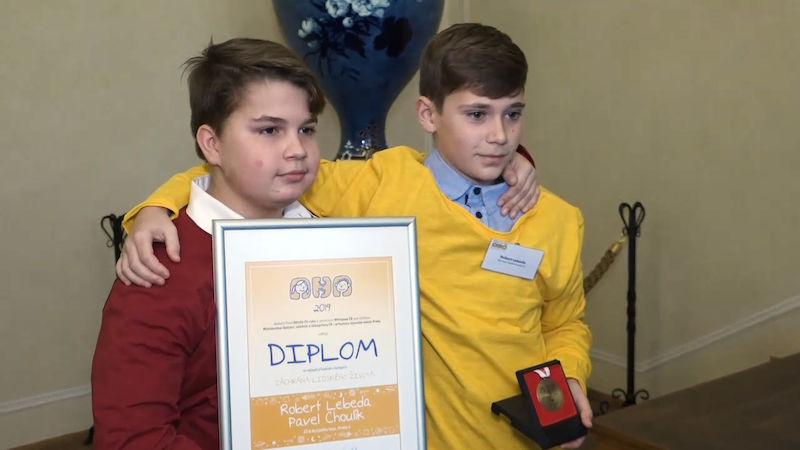 Twelve-year-old Robert Lebeda is being celebrated as a hero after he pulled his drowning friend out of the water and saved his life after using resuscitation.

Lebeda, who hails from Prague, received an award for his efforts from an organization that recognizes “little heroes” for their actions.

Lebeda was honored by the Children’s Deed of the Year Fund, which awards students from grammar schools and special needs programs who have done a good deed or noticed a good deed of a friend.

Robert received the award for saving a human life during a ceremony at the Old Town Hall in Prague.

The accident occurred when both friends were at the swimming pool during the holidays, and Robert’s friend Pavel decided to swim the whole pool underwater.

“When he swam in the pool underwater, he couldn’t get to the surface. As he finally managed to get to the surface, he hit his head, splitting his eyebrow open, and then he was no longer breathing,” Lebeda said. Immediately, he started resuscitation before placing his friend in a stabilized position and treating the cut on his eyebrow.

Lebeda had never been in a similar situation before. Late in the hospital, he learned that he saved his friend’s life.

The 12-year-old says he has been involved in firefighting since he was four years old and when he grows up, he would like to rescue people.

Among the children who were awarded was also 14-year-old Karolína Neslušanová, who received a special award for her involvement in the “Heart with Love” donation event. She and her classmates created the initiative to contribute to the Intensive and Resuscitation Care Unit of the General University Hospital in Prague.

This year, it was the 15th Children’s Deed of the Year award ceremony, which has recorded over 580 heroic acts of children.