Major fire breaks out in a migrant camp on Samos Island

The fire was allegedly started deliberately 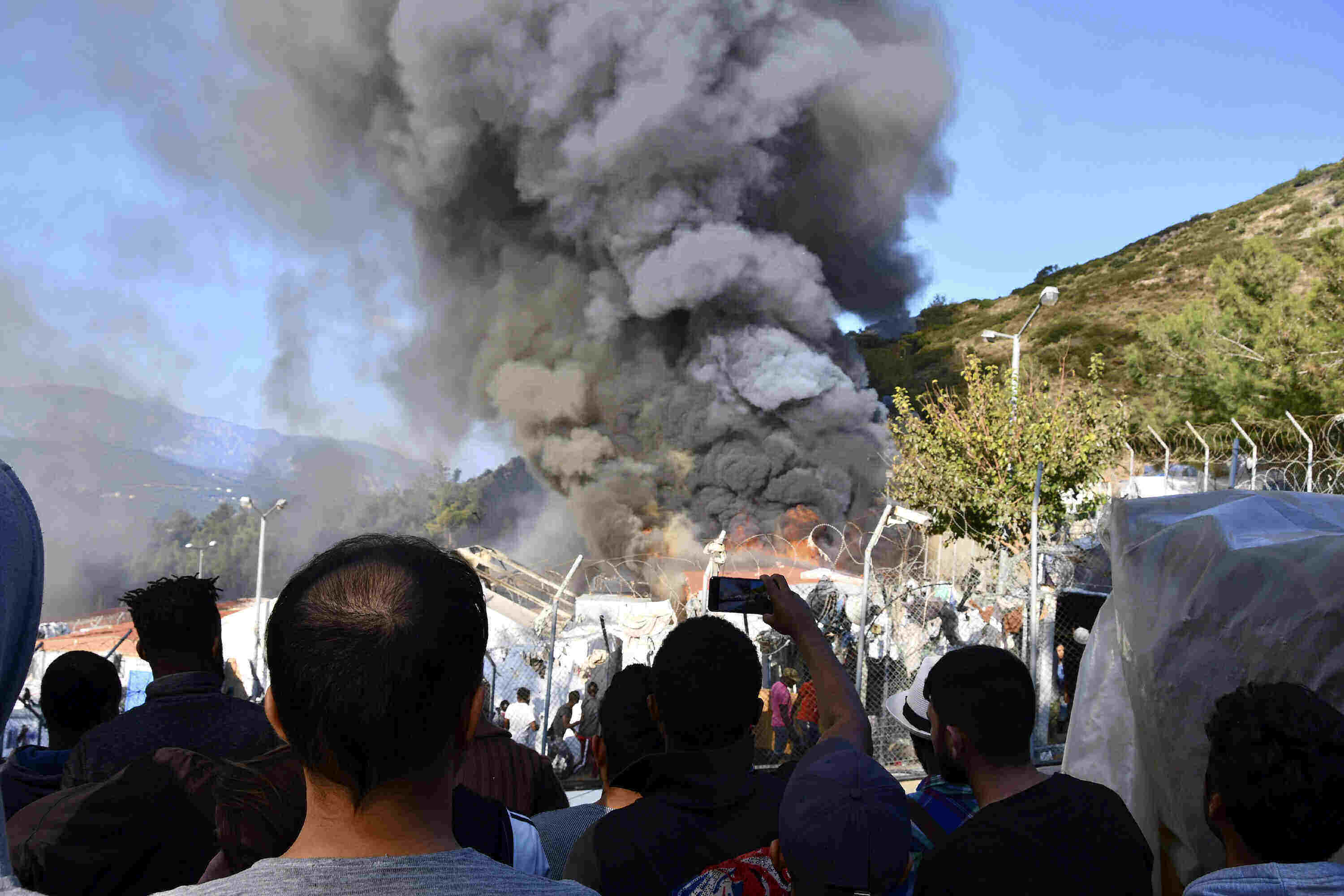 A major fire broke out in a migrant camp on the Greek island of Samos, Sceptr reported. The fire was reportedly started deliberately. In August, Greece’s largest migrant camp of Moria, on the island of Lesbos, was destroyed after a fire was started by migrants there.

The fire brigade has now brought the fire on Samos under control, as it was limited in size and was tackled quickly by 18 firefighters using nine vehicles. However, many migrants had to be evacuated. Several tents have also been severely damaged, but details on the numbers remain unclear.

Many of the tents are packed closely together in the overcrowded camp, and the gas canisters used by residents for cooking caused small explosions.

Currently, more than 3,800 people live in the Vathy camp on Samos Island. The camp was originally built to house less than 650 migrants.

The fire is said to have been caused by an explosion of gas bottles in a kitchen. According to the mayor of Vathy, the fire was started deliberately. He is advocating the immediate transfer of the migrants to the Greek mainland.

Another fire broke out in the Vathy RIC just now.

Firefighters have arrived at the scene but struggle to put down the flames. pic.twitter.com/CByzwsaPgn

In August, the Moria camp on Lesbos burned down completely. As a result, some 10,000 people were rendered homeless. The fire in Moria had been started by asylum seekers who did not want to go into mandatory quarantine due to the coronavirus.

Title image: Migrants watch smoke rising from a fire inside a refugee camp on the eastern Aegean island of Samos, Greece, Wednesday, Nov. 11, 2020. Dozens of accommodations were destroyed by the fire that broke out on Wednesday morning, just two weeks after an earthquake hit the island. (AP Photo/Michael Svarnias) 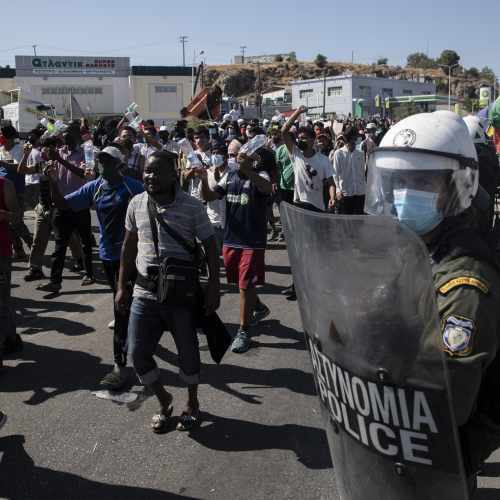