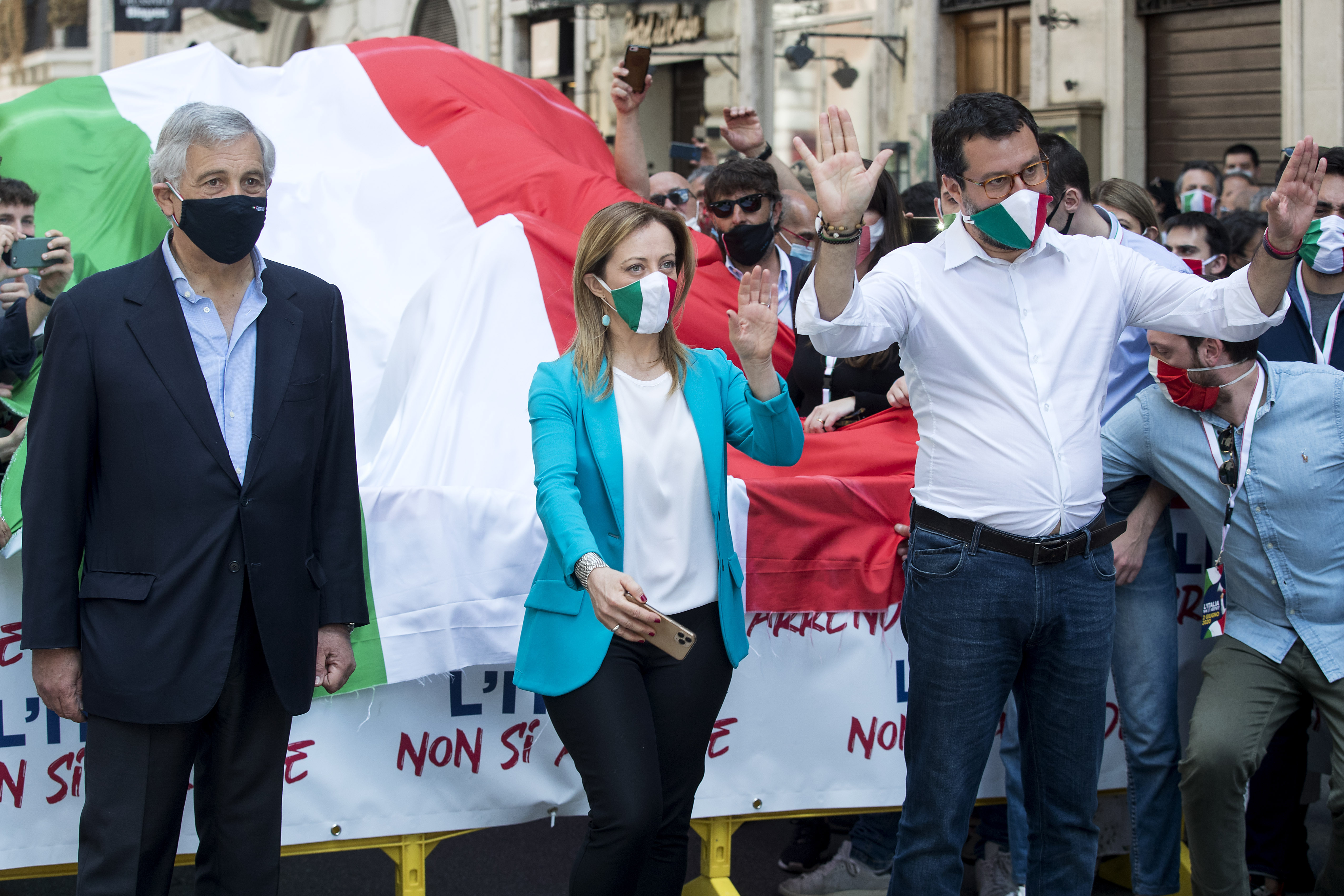 The Hungarian people are an example for Italian conservatives, leader of the Italy’s conservative League party Matteo Salvini said at a demonstration in Rome on Tuesday, which served as the first joint rally of Italy’s three conservative opposition parties calling for the resignation of Italy’s left-wing government.

“Respect to the Hungarian people and government, the Hungarian community. You are an example for us, thank you for being with us!” Salvini told Hungarian news agency MTI at the rally.

Salvini and Hungarian Prime Minister Viktor Orbán are political allies and even consider themselves close friends, with the two sharing a staunch anti-immigration stance and national sovereignty in the face of the federalist tendencies of the European Union. Last September, Orbán was a guest speaker of the conservative Fratelli d’Italia party conference in Rome at the invitation of party leader Giorgia Meloni.

The Rome rally was organized by Forza Italia, Brothers of Italy and The League, in order to put forward their proposals for lifting the country out of the financial trouble the coronavirus pandemic pushed on its already beleaguered economy.

“Italy has to be rebooted. The anger and need for action of the Italians is fully understandable,” Salvini said at the rally. “We are here to set a political course that will propel the country on its own power without waiting for outside help that is never going to arrive.”

Salvini has been harshly critical of the government’s handling of the coronavirus crisis, including allowing thousands of migrants to arrive on Italian shores during pandemic while the rest of the country was on lockdown. Salvini has also blasted the left-wing Italian government’s decision to grant amnesty for up to 600,000 illegal immigrants amid an economic recession.

Meloni also told MTI at the rally on Tuesday that her party and its allies are offering a voice to all those Europeans who could not express their views during the pandemic, adding that despite rumors to the contrary, the Italian right is both united and capable of steering the country in the right direction.

“Italy is not doomed to decline. There is a political as well as an economic alternative,” Meloni said. Fratelli d’Italia vice-president Antonio Tajani said people expect the European Union to come up with a viable reboot strategy for both Italy and Europe, with tens of thousands of small enterprises needing urgent assistance in the wake of the coronavirus pandemic.