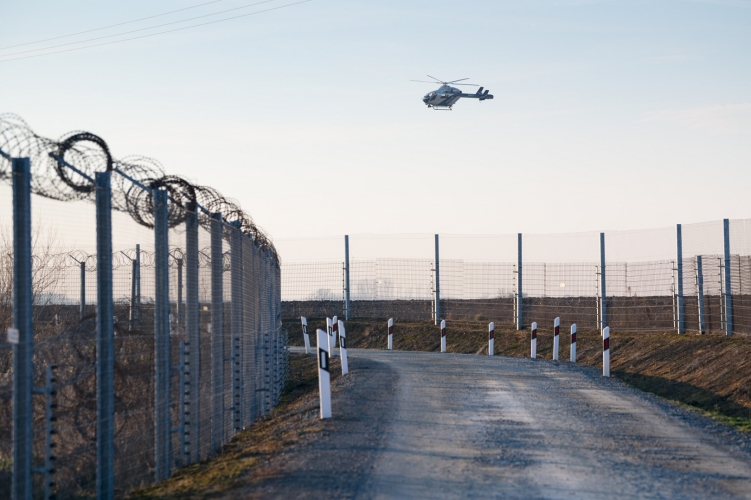 Migratory pressure has been high along Hungary’s southern border for weeks. Parliamentary Secretary of State Szilárd Németh recently drew attention to this during his visit to the Hercegszántó Border Guard Base, saying that more and more people are trying to enter the European Union here by more and more diverse means.

On Tuesday night, four Hungarian soldiers were injured at Ásotthalom during an incident in which fifteen illegal migrants tried to infiltrate the country from Serbia. The migrants attacked the border guards with gas spray from the Serbian side, but they failed to pass when the attempt was thwarted by soldiers and police. Proceedings have been initiated in the case.

In connection with the case, József Horváth, the security policy expert of the Center for Fundamental Rights, told Magyar Hírlap that the attack shows that the Hungarian border lock is working well. People who try to get through have tried to cross the border illegally many times already, he said, adding that by now they must have run out of money – professional smugglers have deceived them more than once, perhaps – and their despair was evident.

The expert also highlighted that nearly all men trying to get in were young adults in good health, and given their place of origin, they might be conditioned to feel justification in the use of force. According to Horváth, this is why the border violators believed that, by acting aggressively, Hungarian soldiers and police would back down, and the migrants might therefore break through. However, Horváth said Hungarian soldiers and police officers performed well in the unexpected and explosive situation, arresting the disruptors and repelling the attack.

At the same time, according to the security policy expert, increased migratory pressure will likely remain until the end of October when cold weather sets in, as those stranded on the Balkan route still want to reach their destination.

Horváth believes that the soldiers and police officers serving at the southern border do not need special training to deal with such actions; over the last six years, they have familiarized themselves with local conditions, gained local knowledge, and established a good relationship with the population living near the border.

“I believe there is adequate protection on both the human and technical sides of the southern border, so we should not fear that similar violent attempts will lead to success,” Horváth concluded. According to national police statistics, in the past three months the number of illegal border crossing attempts hovered between 1,476 and 2,050 per week.