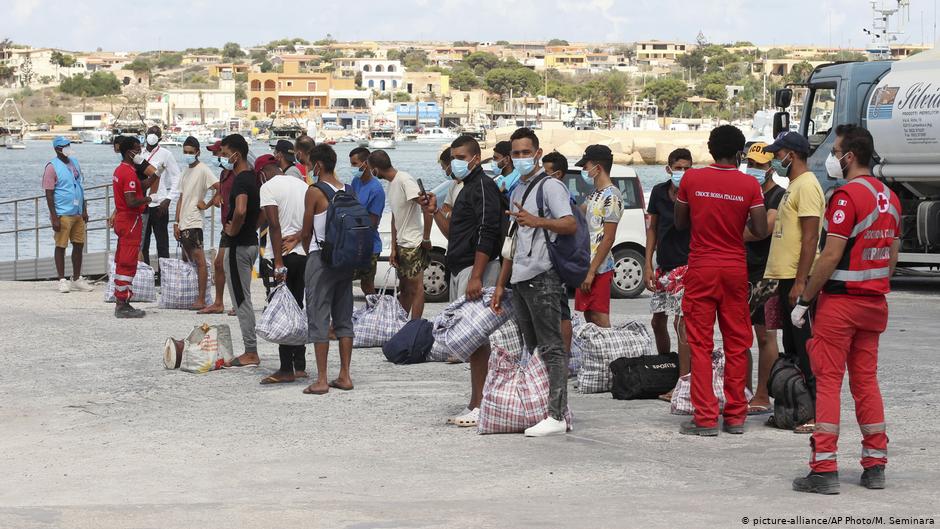 There is no reduction in the migratory burden on the Italian islands as civilian ships transporting illegal immigrants across the Mediterranean to Italy have followed one after another in recent days, Hungarian daily Magyar Nemzet reports.

The trend is likely to continue due to the favorable weather. The island’s migrant center is on the brink of collapse, posing a serious challenge to health and safety agencies to control and accommodate the illegal arrivals.

Rescue work and increased inspections of shores have been ongoing since last Thursday as Italian Coast Guard staff report increased pressure. The migration route to the Mediterranean has thus become a busy corridor again despite all the dangers. Last Friday night, 682 arrived in a matter of hours, and on Saturday, additional asylum requests were registered by the authorities.

At the gates of the migrant center in Lampedusa, which can accommodate 250 people, 723 people were waiting to be accommodated over the weekend. According to the decision of the prefecture, 260 people were transported to the Allegra cruise ship anchored off the coast of the island. Another 190 were taken on local ferries to Porto Empedocle, Sicily, to be accommodated at the reception center in Caltanisetta.

If the wave of migration continues at a similar pace, the Sicilian camps will also fill up in a short time and the Italian Ministry of the Interior will have to use additional regions to accommodate the immigrants. The occupation of the islands is viewed with concern by locals, and center-right political groups are pushing for solutions from Prime Minister Mario Draghi.

Deputy Interior Minister Nicola Molteni called on Draghi to remedy the situation as soon as possible and to set up a national defense strategy.

“The situation is untenable,” League President Matteo Salvini wrote on his Facebook page. Salvini wrote a letter to Prime Minister Mario Draghi, Health Minister Roberto Speranza and Interior Minister Luciana Lamorgese to stop the immigrants before it is too late to do so.

“The influx of migrants off the Italian coast could jeopardize the health and safety of Italians and nullify their previous efforts. Anyone claiming we cannot do anything is spreading falsehoods,” Salvini said, reminding that illegal landings had been reduced by 80 percent during his home ministry and the number of people killed at sea had been reduced to a minimum.

“Curbing immigration is a matter of political determination,” said the former interior minister, who is currently being forced to defend himself in court over his decisions to curb the wave of migration during his tenure as interior minister.