The strong voice of conservative, national political parties on the European Parliament forum is being restored, says publicist Piotr Grzybowski 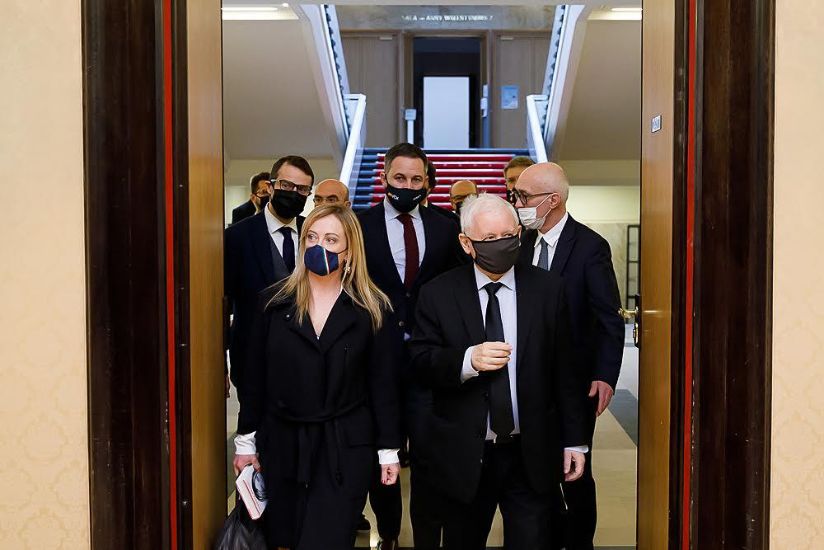 Poland’s Law and Justice (PiS) leader, Jarosław Kaczyński, met with the leaders of the largest parties comprising the European Conservatives and Reformists (ECR) in the European Parliament on Friday. Among them was the head of Brother sof Italy (FdI) Giorgia Meloni and the leader of the Spanish Vox party, Santiago Abascal.

The aim of the meeting was to analyze the current situation within the ECR and consider different scenarios associated with expanding the current faction or establishing a new center-right group within the European Parliament.

The meeting was also an element of the ongoing European Parliament negotiations carried out by the PiS delegation led by MEPs Ryszard Legutko and Tomasz Poręba, supported on the level of international relations by Prime Minister Mateusz Morawiecki.

According to publicist Piotr Grzybowski, Kaczyński’s meeting shows that a third power may be created in the European Parliament.

“The strong voice of conservative, national political parties on the European Parliament forum is being restored. This is no small development, as these parties were not strongly represented until now — only 70 mandates. Following new reshuffles, I think that they will hold more than 100 mandates,” he told TVP Info.

He added that such meetings were a fundamental factor when it came to carrying out actual international policy, creating alliances and gaining the support of public opinion, including public opinion abroad.

Grzybowski also emphasized that the parties with which Kaczyński met were not necessarily the only ones which could join this faction.

On Sunday, the leader of the Italian Northern League Matteo Salvini proposed the creation of a new political force in the European Parliament comprised of representatives from the following factions: Identity and Democracy (Salvini’s group), and the ECR in which PiS is present and the European People’s Party.

Salvini stated that he had proposed a meeting in June in Italy or Poland. He added that he hoped no one would block this idea, as Europe itself was at stake.