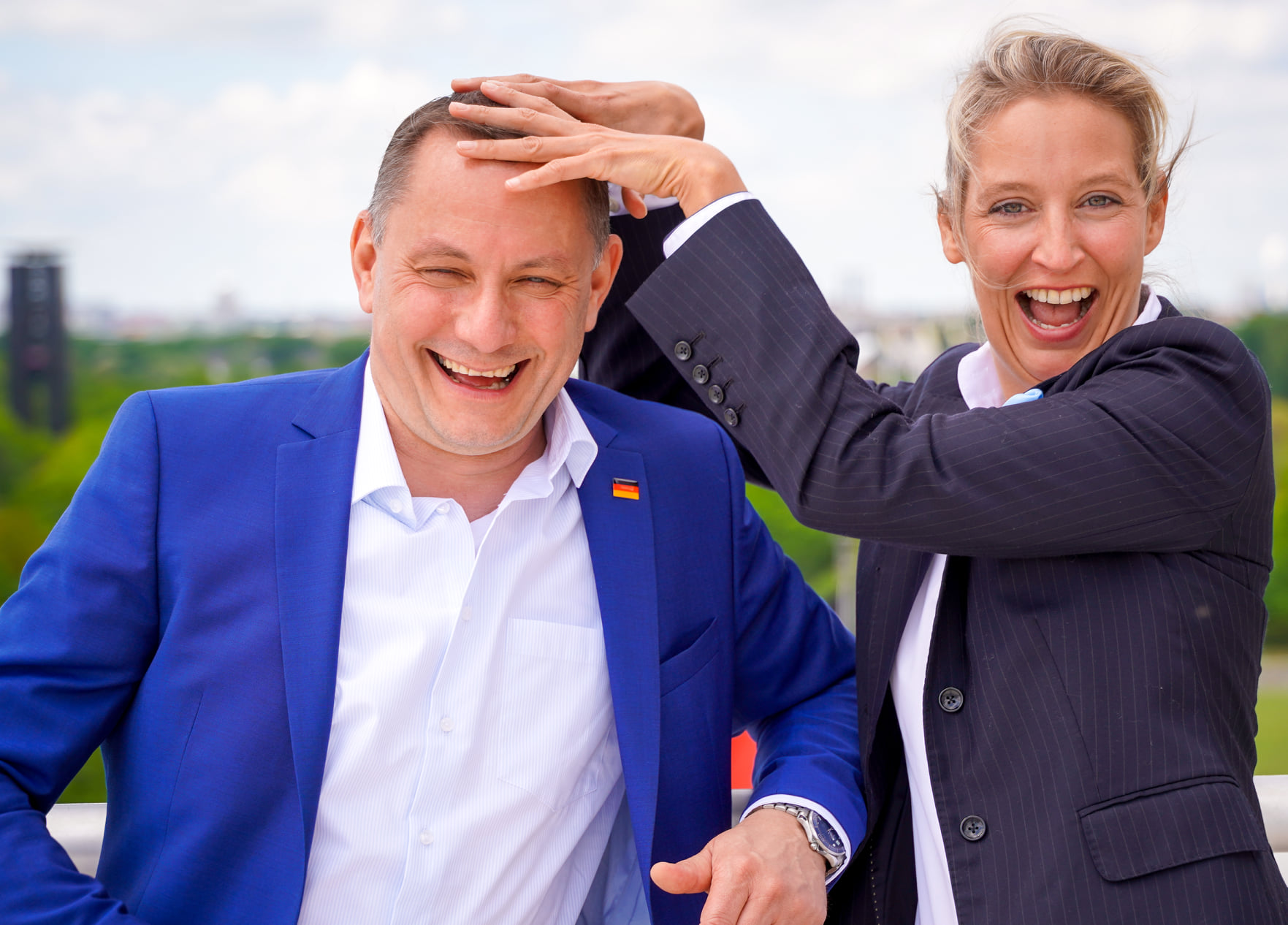 Members of the populist Alternative for Germany (AfD) have voted decisively for parliamentary group leader Alice Weidel and party co-chairman Tino Chrupalla to lead the party in the this year’s upcoming federal elections.

Following an online survey which saw some 32,000 AfD members choose the party’s top candidates for parliamentary elections in September, Weidel and Chrupalla – representatives of the party’s national conservative wing – garnered 71 percent of the vote, prevailing over their competitors from the economically liberal wing of the party, who received just 27 percent of the vote, German weekly newspaper Junge Freiheit reports.

The victory for Weidel and Chrupalla represents a setback for co-party chairman Jörg Meuthen, who had promoted the Lower Saxony MP Joana Cotar and the retired Lieutenant General Joachim Wundrak to lead the party, and reflects a clear directional decision taken by party.

On Tuesday, following the announcement of the duo’s electoral victory, Chrupalla and Weidel both called for unity among the AfD’s factions in order to unite the party into a single powerful unit before German voters head to the polls this fall.

The result of the online member survey was a “clear vote for an end to the internal party directional debate,” said co-party chairman Chrupalla, adding that it’s time for party members close ranks and begin campaigning together.

Weidel echoed the sentiment expressed by Chrupalla, saying that it was now a matter of “going into the election campaign together and unanimously after this internal party election”.

“When asked about the turnout of internal party election, the parliamentary group leader said: “Reaching almost 50 percent in an online survey is extremely high. This vote spans camps and currents, otherwise it would not have been achieved. So this result speaks for itself.”

The two pairs – Weidel/Chrupalla and Cotar/Wundrak – represent two semi-distinct currents running through the AfD party at the moment. While Cotar and Wundrak find themselves in the camp that surrounds party’s co-chairman Jörg Meuthen, who advocates for an economically liberal and comparatively centrist course, Weidel and Chrupalla can reliably count on the support of the party’s national conservative camp.

Nevertheless, Meuthen congratulated the victorious duo and wished them success in the task of “representing the AfD as the leading representatives of our federal election campaign in the months ahead”.  The co-chairman also thanked Cotar and Wundrak for their hard-fought candidacy.

AfD party co-vice presidents Stephan Brandner and Beatrix von Storch also commented on the vote, reassuring Chrupalla and Weidel that the party was unanimously behind them.

Cotar, despite the disappointing defeat, congratulated the duo, saying: “I’m looking forward to being able to support both of them actively over the next few months. Sometimes you win, sometimes you lose, the important thing is to keep going. Together for our AfD and our country.”

Wundrak noted that the contest between the two candidate teams was carried out “with decency and mutual respect”. The retired Lieutenant General urged those who voted for him and Cotar “not to give up disappointed, even after a lost election like this one”, adding that it was time for the party to look ahead “in order to lead a successful election campaign for the AfD and for the interests of Germany and the German people”.

Earlier this week, one day before the results of internal party vote were announced, the public prosecutor’s office in Mühlhausen, Thuringia confirmed that the house of Thuringian Alternative for Germany (AfD) state chairman, Björn Höcke, had been searched by authorities due to alleged “hateful” comments he made on social media, Remix News reported.