Due to the global economic crisis, migrants from poor countries have nothing to lose and are increasingly eager to come to Poland, warns the Silesian Border Guard 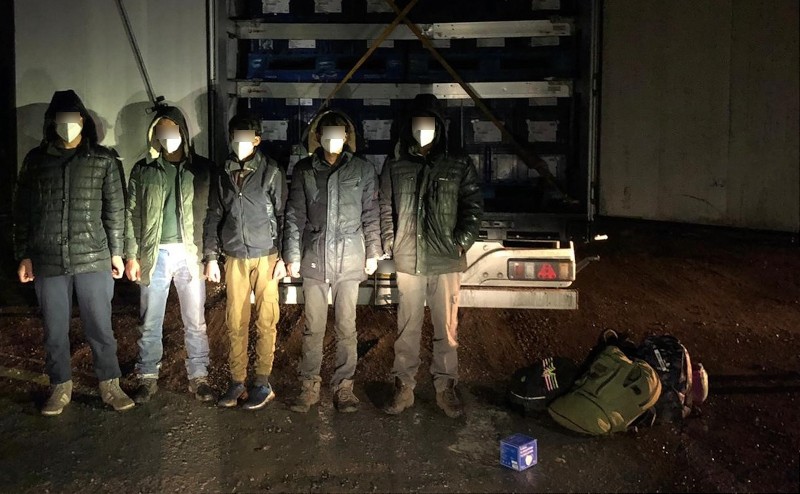 The Silesian division of the Polish Border Guard has recently been reporting about a rise in foreigners who are found during illegal attempts to enter Poland. So far, there have been arrests in Rybnik, Bielsko and Sosnowiec counties — all in the Silesian Voivodship.

Last week, railway protection services in Rybnik discovered two people without identificationon the grounds of the station building in the cargo space of a freight train. They are believed to be from Afghanistan.

Silesian Border Guard Press Officer Katarzyna Jesionowska announced that a medical examination determined that the migrants were young, aged 14 and 15 years. The teenagers were detained in an educational care facility until Border Guard officers confirm their identity and citizenship.

Five Afghanis in a truck in Bielsko-Biała

“The foreigners only possessed documents which confirmed that they applied for refugee status in Romania and are most likely Afghan citizens,” the Border Guard stated.

One migrant in hospital in Sosnowiec

Also last week, an illegal migrant was in the case of one of Sosnowiec’s hospitals. Border Guard press spokesman Szymon Mościcki explained that according to the hospital staff, the man was unable to present any ID and contact with him was difficult due to the language barrier.

After the man was discharged from the hospital, the Polish Border Guard checked his residence legality. It turned out that the man was most likely from Afghanistan and was detained. He is currently in a guarded center for foreigners.

Title image: The five Afghani men were detained after they were discovered hidden in a truck, source: Silesian Border Guard.