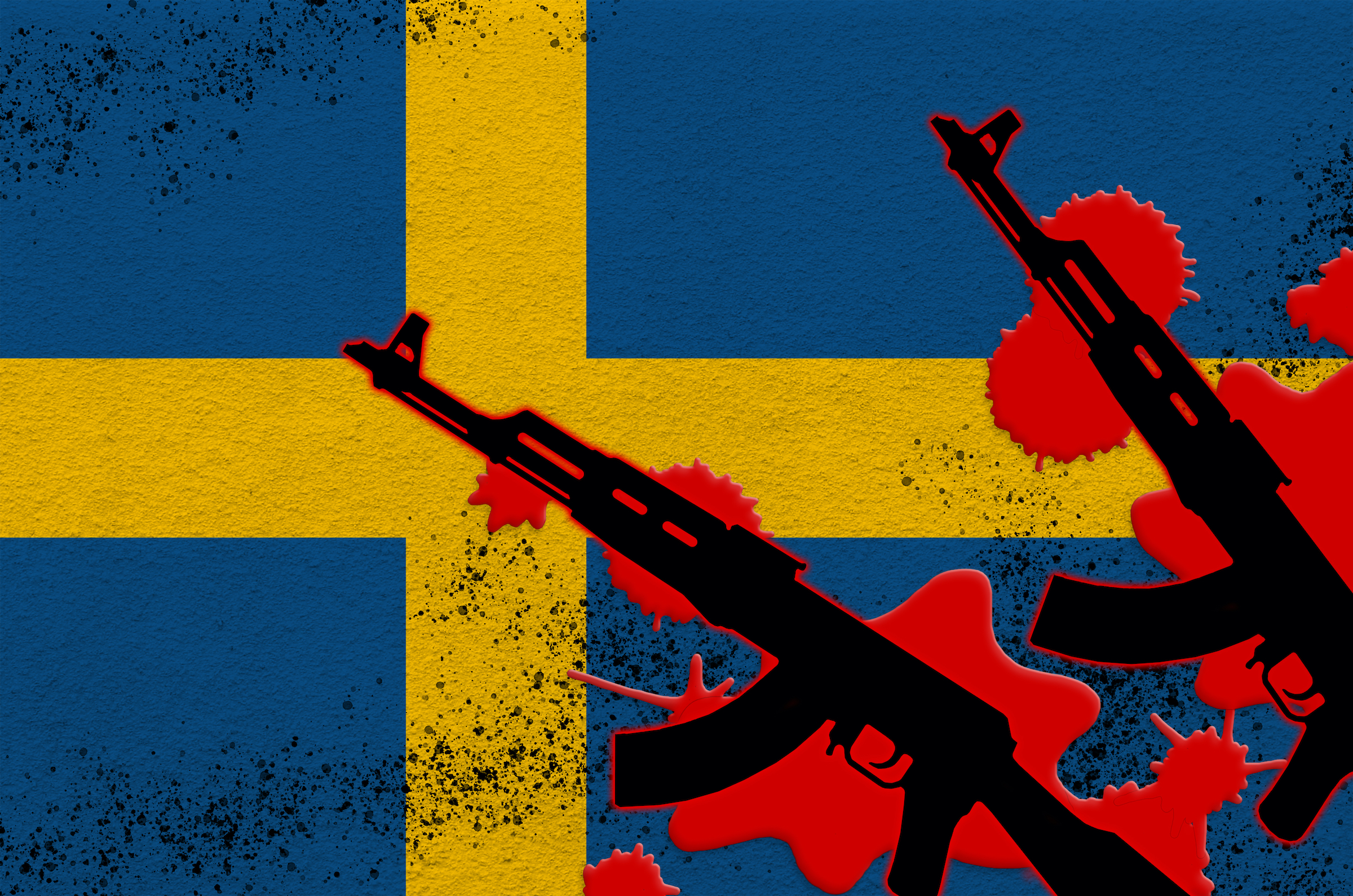 Sweden, once one of the safest countries in the world, now tops Europe in terms of fatal shootings. The trend has been ongoing for years and appears to coincide with mass migration.

While in the early 2000s the Scandinavian country had among the best crime statistics in Europe, by 2019 it had reached first place for the most shootings, according to a recent report. It is the only country in Europe where fatal shootings have risen significantly since 2000.

There are a total of 60 so-called “vulnerable areas” in Sweden. These are neighborhoods inhabited mainly by immigrants, with ethnic minorities dominating the community. Unemployment rates and crime rates are generally high. Only 5.4 percent of the total population lives in these areas, but in 2020, more than half of the shootings took place in these areas.

Another study also points out that in 2020, the number of homicides set a record. Most killings take place in “vulnerable areas” inhabited by immigrants.

The Swedish National Council for Crime Prevention (Brottsförebyggande rådet or Brå for short) presented its new report on Wednesday, commissioned by the government. The study examines the development of violent crime in Sweden between 2000 and 2019 compared to 22 other European countries. In conclusion

Such growth is not seen elsewhere in Europe other than in Sweden. The northern European country was still at the end of the line in terms of shootings in the early 2000s, but by 2019 it was at the forefront.

The report’s authors say part of the rise in violence is tied to the coronavirus crisis and rising unemployment, however, much of the violence also predates coronavirus and as far as unemployment is concerned, Sweden has some of the most generous welfare benefits in the world. The report indicates that “vulnerable areas” are where the vast majority of violent crime is occurring and Sweden, which mes the majority of Swedes are not directly exposed to the growing issue of violent crime. Armed attacks have increased significantly in the suburbs, where gang wars are raging in several places and the drug trade remains strong.

Would you like bullets with that? #Swedish gangsters unload on #McDonald’s with AK-47 in drive-by shooting#Sweden ??
EUROPEAN UNION ??

In many cases, gang warfare leads to multiple victims in a single incident, yet the incidents have become so commonplace that they do not make the national news even in a country of only 10 million.

The topic of the day in #Sweden is immigration & #StreetViolence. A vid of y-day’s mass brawl in #Helsingborg city has gone viral. 30 Arab men fought for 10 minutes, stabbing, shooting and running each other over with cars. 5 ppl to hospital with stabbing or gun shot injuries?? pic.twitter.com/zxwM8nmWWe

A number of high-profile killings in 2020 led Sweden’s Deputy National Police Chief Mats Löfving to say that there are 40 migrant clans operating in Sweden that are greatly responsible for violence in the country.

Reports in the past have also highlighted the fact that migrants are vastly overrepresented in sexual assaults in the country, highlighting another worrying trend on top of violence, including the shooting deaths of young children and Sweden’s issue with grenade and bomb attacks.

“The data in Brå’s report represent many confirmations of reality that is often and fondly neglected and treated as taboo by the great Western press,” said Jimmie Åkesson, President of the Swedish anti-immigration Democratic Party.