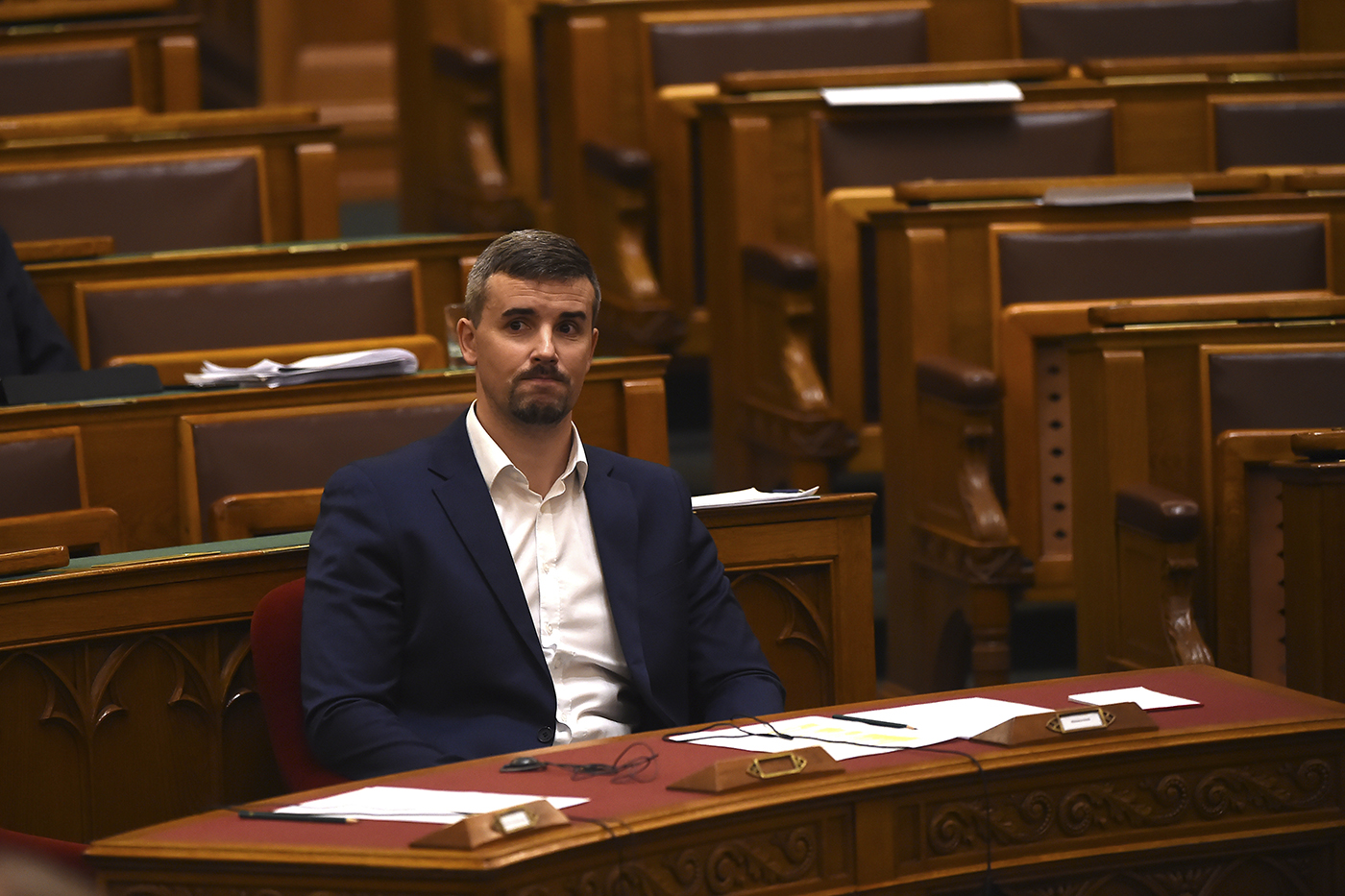 Péter Jakab, caucus leader of the far-right Jobbik party, sat in Prime Minister Viktor Orbán’s seat in parliament on Wednesday to protest a motion by the ruling conservative Fidesz to radically increase fines for unruly MPs.

Jakab refused to leave Orbán’s seat despite repeated warnings by the deputy speaker presiding over parliament’s general debate over the proposed increase in fines.

The higher fines were proposed by Fidesz to safeguard the dignity of parliamentary proceedings after a series of protests by opposition parties over the last year, including one in which opposition MPs blocked the Speaker of the House from being able to sit in his chair during a session last December.

In another incident, an opposition MP walked in front of the dais where Prime Minister Viktor Orbán was speaking and raised a board with invectives written on it.

After the session, Máté Kocsis, Fidesz caucus leader and sponsor of the motion to raise fines, said at a press conference that Jakab’s action only served to demonstrate the “deviant and provocative attitude” the change was meant to prevent.

Fidesz proposed that fines be raised twelve times from their current level. This would mean that in the most extreme cases, like the above-mentioned incident when the Speaker of the House was prevented from performing his duties, the fine could be as much as six months’ worth of an MP’s wage.

According to a rule introduced this year, Hungarian MPs’ salaries are raised each year to an amount that is three times the gross national average. This means that in 2019, a Hungarian MP’s base salary – excluding payments for expenses, staff and committee memberships – is a gross 989,700 forints or a net of 658,151 forints (€1,970).

According to the latest (June-August average) data from the Central Statistics Office, net wages in the Hungarian economy stood at 239,255 forints (€716).