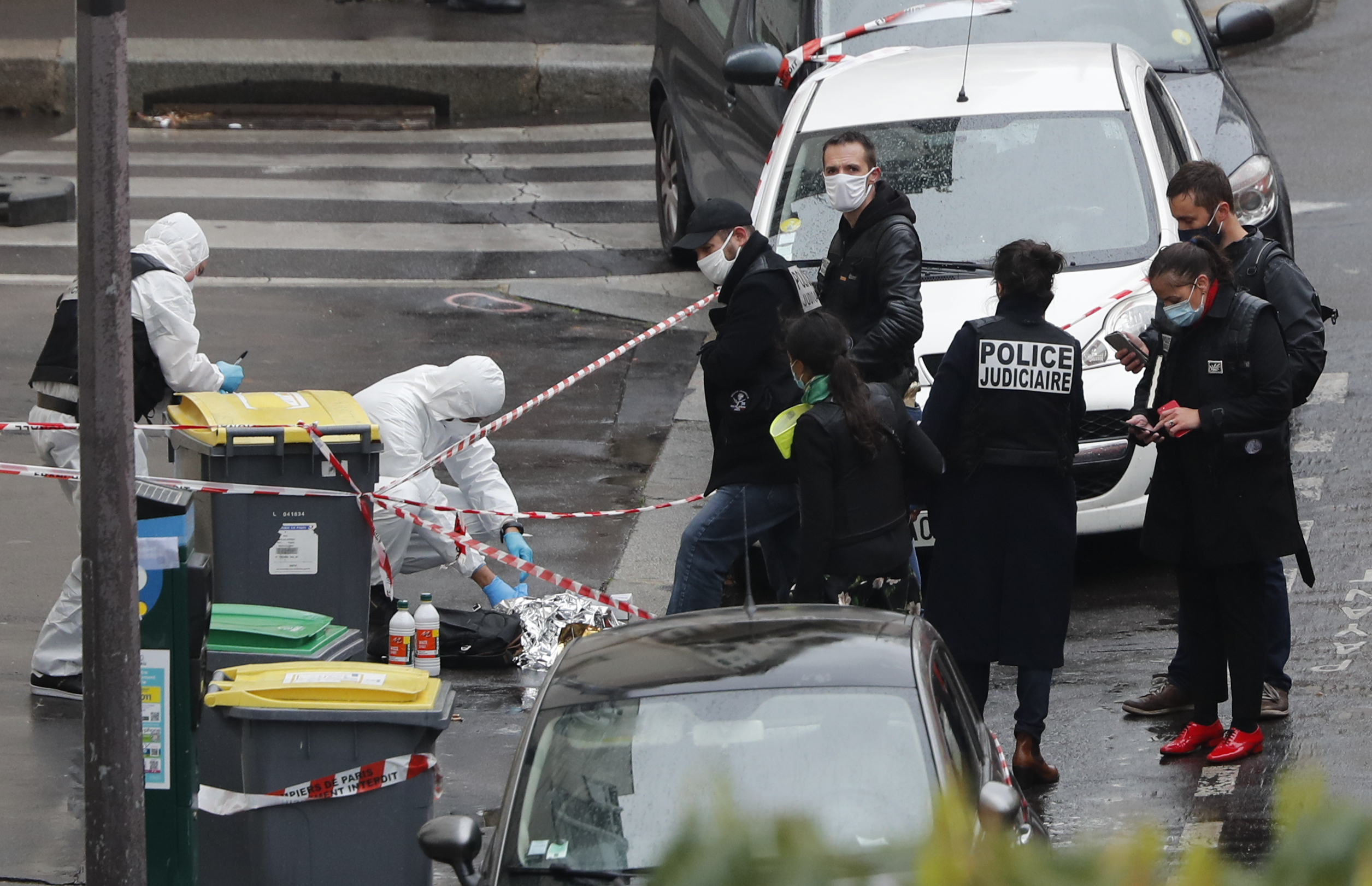 A man identified as an 18-year-old Pakistani attacked and severely wounded two passers-by with a meat cleaver in what he believed were the offices of satirical magazine Charlie Hebdo on Friday, and authorities are treating the case as an Islamist terrorist attack.

French Minister of Interior Gérald Darmain said the was “clearly an act if Islamist terrorism”, adding that it was “a new bloody attack against our country, against journalists”.

The attack happened outside the former offices of Charlie Hebdo, where in 2015 two Jihadists killed 12 people. The high-profile trial of 14 people accused of helping them is currently underway.

The latest attack occurred just days after Charlie Hebdo magazine reprinted the cartoon of the Prophet Muhammad which prompted the first terrorist attack in 2015. The magazine went ahead with the decision to reprint the cartoon in an effort to show it will not be silenced by Islamist extremists.

Friday’s attacker has not been named, but Darmain said he came to the country “as an unaccompanied minor” and has been taken care of by youth services. Darmain also said that the man was not suspected of being a radical Islamist, but was previously arrested for carrying a screwdriver.

Supposedly born on Aug. 10, 2002 in Mandi Bahauddin, Pakistan, according to a birth certificate he presented, he has been in youth social aid since August 2108, but social services almost immediately contested his claimed age because, as Le Figaro writes, “he looked a lot older than he pretended to be.”

On July 19, 2019, however, the juvenile tribunal in Cergy-Pontoise — a suburb of Paris — rejected social services’ request that his age be determined by a bone structure analysis.

While his registered address was that of a state-ran youth hostel in Cergy-Pontoise, police found on Friday that he was actually living in a two-room apartment with five other Pakistani immigrants who have also been detained for questioning, as was a 33-year-old Algerian for possible links with the attack.

Just days before the attack, a human resource manager from Charlie Hebdo had to be evacuated from her home by police after receiving credible threats from Islamic extremists. She is not expected to be able to return.

A recent survey about the first attack on Charlie Hebdo found that 28 percent of Muslims do not condemn the attack in the strongest terms and 25 percent would even shout insults during a memorial ceremony for the victims, showing that there is a large segment of Muslim society that is at odds with French secularism.

France has been beset by Islamic terrorist attacks for years. In an interview with Reuters last week, Hungarian Prime Minister Viktor Orbán warned about such parallel societies.

“Migration in Hungary is a national security issue,” Orbán said. “In Hungary, we are very strict that we would not like to have a parallel society, or open society or a mixed-up culture. We don’t think a mixture of Muslim and Christian society could be a peaceful one and could provide security and good life for the people.”