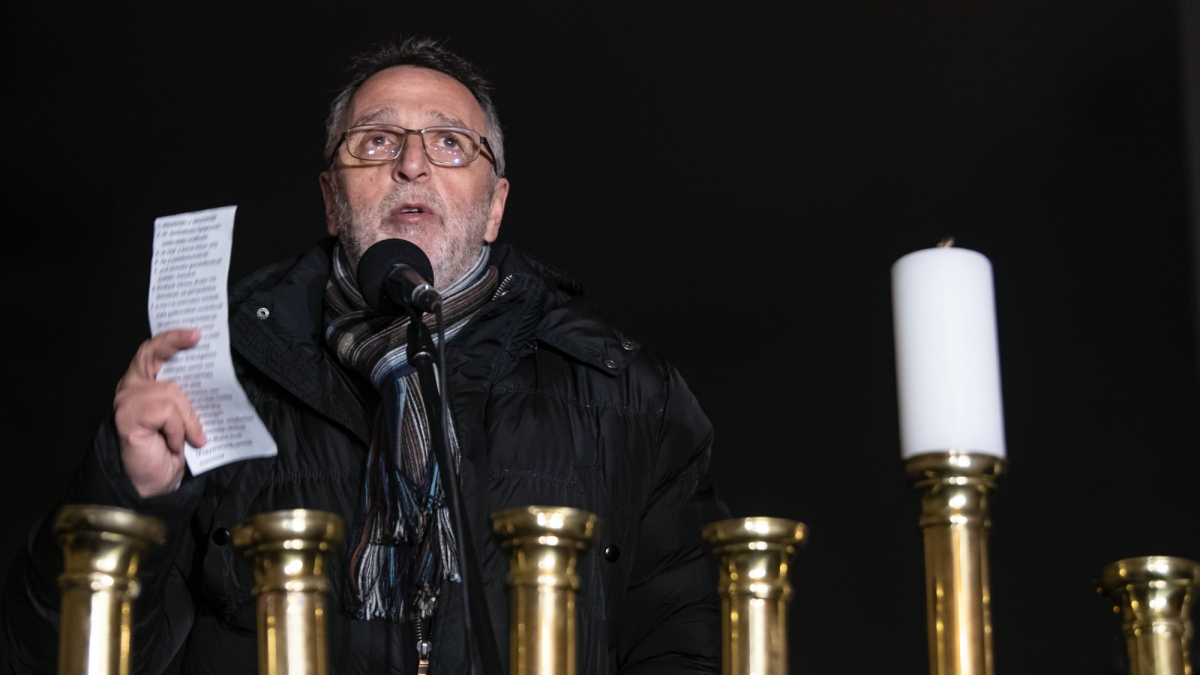 Hungarian Prime Minister Viktor Orbán has pointed to the responsibility of András Heisler, head of the Association of Hungarian Jewish Communities (Mazsihisz), whose soft response to the anti-Semitic remarks of far-right MP candidate László Bíró were instrumental in keeping him in the race, conservative news and opinion portal Mandiner reports.

Bíró, a member of the right-wing Jobbik party, ran as a joint candidate of seven opposition parties at last Sunday’s by-election. He caused outrage by airing, among other things, slurs against Jewish tourists with traditional sideburns, referring to them as lice-ridden, while on another occasion he said, “The country must be protected not only from the Hassan but also from the Sztojka”, a reference to a common Roma family name.

He also referred to Budapest as “Judapest” in a slur against Jewish people.

The by-election was eventually won by the candidate of the ruling Fidesz party, Zsófia Koncz, daughter of the previous MP whose death triggered the by-election, She received 50.87 percent of the votes, beating Bíró by five percentage points.

Citing sources close to the prime minister, Mandiner wrote that “to our knowledge, the head of government was struck by the fact that Heisler, relativizing the weight of the case, was indecisive in the issue.”

Back in August, following Bíró’s nomination, Mandiner asked Mazsihisz whether they think Bíró should be replaced. The organization did not address the question directly, only saying that they “condemn all incitement against any ethnic, religious, sexual minorities, regardless of the political group against which it was aimed. If László Bíró made such statements, then of course his statements as well.”

Mandiner’s sources also said the prime minister considers Mazsihisz’s one-time reaction to Bíró’s comments to be indecisive and weak. Moreover, Orbán believes Heisler did not clearly call on left-wing parties to distance themselves from the candidate. According to persons close to Orbán, the fact that the organization sought to “relativize Bíró’s statements with such a generalizing wording could undermine Mazsihisz’s credibility in the matter”.

Government circles are also critical of Mazsihisz because when his candidacy was announced in August, left-wing parties still had ample time to replace Bíró, as the deadline for nominating candidates only expired on Sept. 4. Mazsihisz — otherwise very sensitive in issues of anti-Semitism — could have put pressure on the Hungarian left at that time and could have prevented Bíró’s support, but Heisler did not use his authority to do so.

Mandiner also noted that during German Chancellor Angela Merkel’s visit to Budapest in 2015, Heisler “was explicitly looking for an opportunity to complain to the German chancellor about his fears about the conditions of the Hungarian Jewish community”.