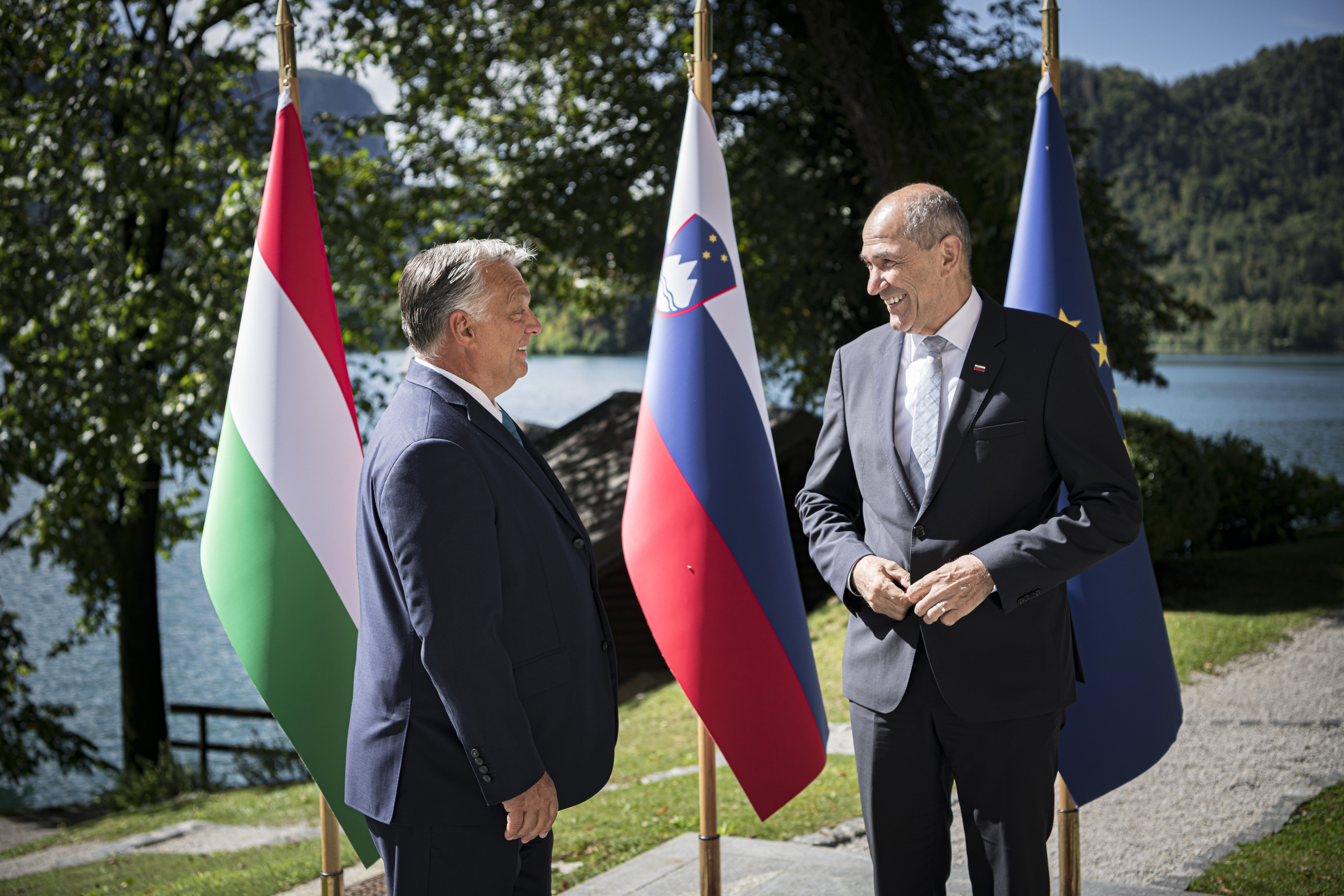 “We will need a few more months to establish the final forms of the solutions, but we expect to forge honest, neighborly relations between Hungary and Slovenia for the long term,” Orbán said. He had a bilateral meeting with Slovenian Prime Minister Janez Janša on the sidelines of the Bled Strategic Forum.

Orbán said that the “soul of the cooperation” was built on the foundation of Hungarian help given to Slovenia during the initial stage of the coronavirus pandemic as well as the other nation’s minorities living in their respective countries.

Orbán, who celebrated when his nationalist ally Janša won elections this year, said he was in agreement with his Slovenian counterpart that both of them and their governing parties belonged to the European Christian Democratic tradition and this could facilitate the initial stage of cooperation.

The long-term goal, however, was to separate interstate relations from party politics and establish a cooperation that will remain strong irrespective of the political order of the governments in power.

Orbán said attempts to develop new forms of interconnectivity in the area of bilateral relations had been “somewhat neglected”. As an example, he mentioned the interconnection of the Slovenian and Hungarian power grids.

“We had an earlier agreement on this and Hungary has done its side of the work, now hopefully this will get going,” Orbán said. He also mentioned a now dormant plan for a gas pipeline connecting Hungary with Italy through Slovenia.

Orbán also said that while Hungary had already bought a share of the Italian port of Trieste, his [landlocked] country was also interested in cooperation with the Adriatic port of Koper in Slovenia, should that suit Slovenia.

“There are clearly strategic issues on the table that can underpin long-term cooperation,” Orbán said in short video of the meeting posted on Facebook.