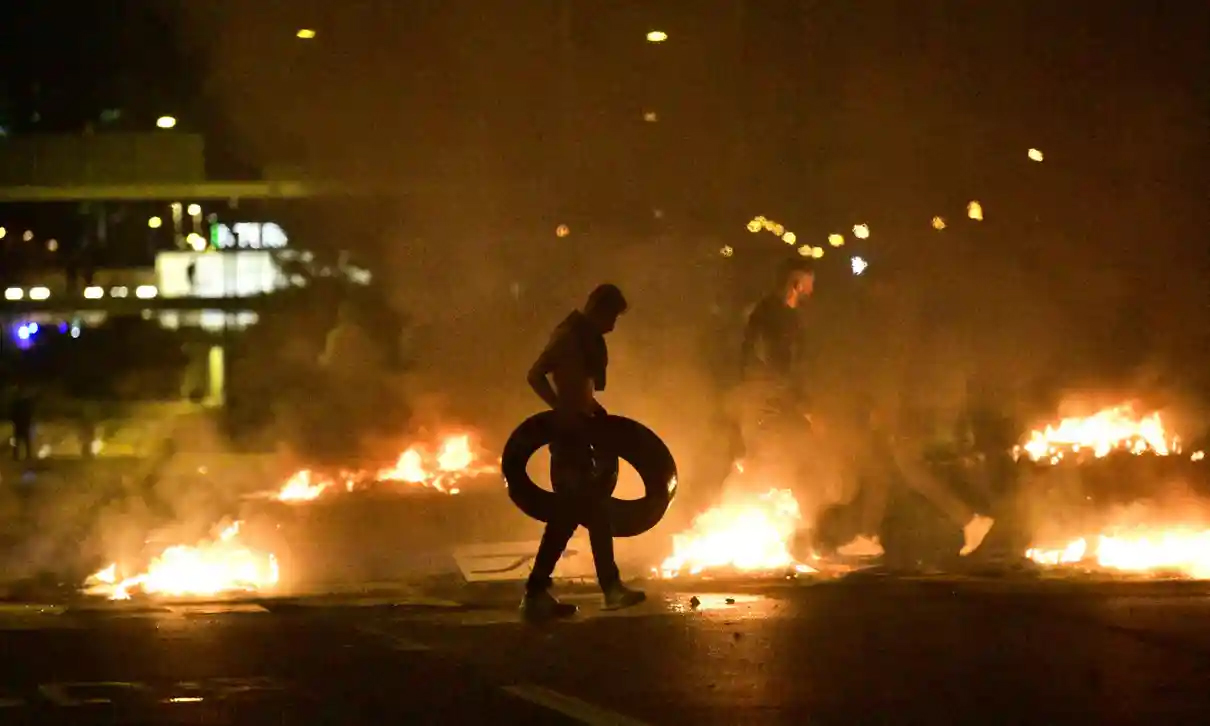 When a handful of right-wing activists burned a copy of Quran in the Swedish city of Malmö last Friday, it made headlines around the world, whereas the subsequent destructive riots during which hundreds of Muslims threw stones at police and burned tires did not receive the same condemnation, Hungarian daily Magyar Nemzet reports.

After the riots in Sweden, Turkish President’s Reycep Erdoğan’s spokesman described those who burned the Quran and threw it to the cobblestones as “modern barbarians,” and “primitives,” but had no words for the Muslim men who rioted in the city in response.

The choirs condemning those who burned the Quran were joined by a spokesman for the governor’s moderate Islamist Truth and Development Party and even the Foreign Ministry in Ankara.

“We strongly condemn the hideous provocations by an Islamophobic and racist politician and his followers who came to Denmark from Sweden’s Malmo city,” the Turkish Foreign Ministry said reported by Turkish news outlet aa.com, which made no mention of the Muslim riots that followed.

Concerns were also expressed over the weekend by an organization monitoring Islamophobia in Egypt, but the story also prompted outrage in the press in Muslim-majority countries.

It all started with a small demonstration of the Danish extremist anti-Islamic Hard Line (Stram Kurs) party led by Rasmus Paludan. Swedish authorities were on the fence for two weeks after they received a request to allow a party demonstration in Malmö. Police eventually refused approval, and subsequently Paludan was deported and forbidden to enter Sweden for two years.

Situation in #malmö is still chaotic as several cars are set on fire and running battles with police pic.twitter.com/Sci9mW9fW2

After that, Paludan’s supporters burned a copy of the Quran and kicked around another copy in downtown Malmö. Three of them were arrested on charges of a hate crime.

This, in turn, sparked a riot in which hundreds of Muslim youths, some of them wearing hoods and face masks, vandalized bus stations, tore down traffic lights, burned tires and threw rocks at police, injuring several officers. Chants of “Allahu Akbar” could also be heard throughout the demonstrations.

One prominent Malmö imam, Samir Muric, stood helplessly between police and the rioters, as he unsuccessfully tried to calm down the latter.

“Those who are acting in this way have nothing to do with Islam,” he wrote on his Facebook page.

Malmö is Sweden’s third largest city, with a population of over 320,000. In 2019, 55.5 percent of the population had at least one parent born abroad and another 14.8 percent were foreign nationals. The main countries of origin of the immigrants are Iraq, the former Yugoslavia, Denmark, and Syria.