PM Orbán: I don’t know what’s the personal reason for the Dutch prime minister to hate me or Hungary 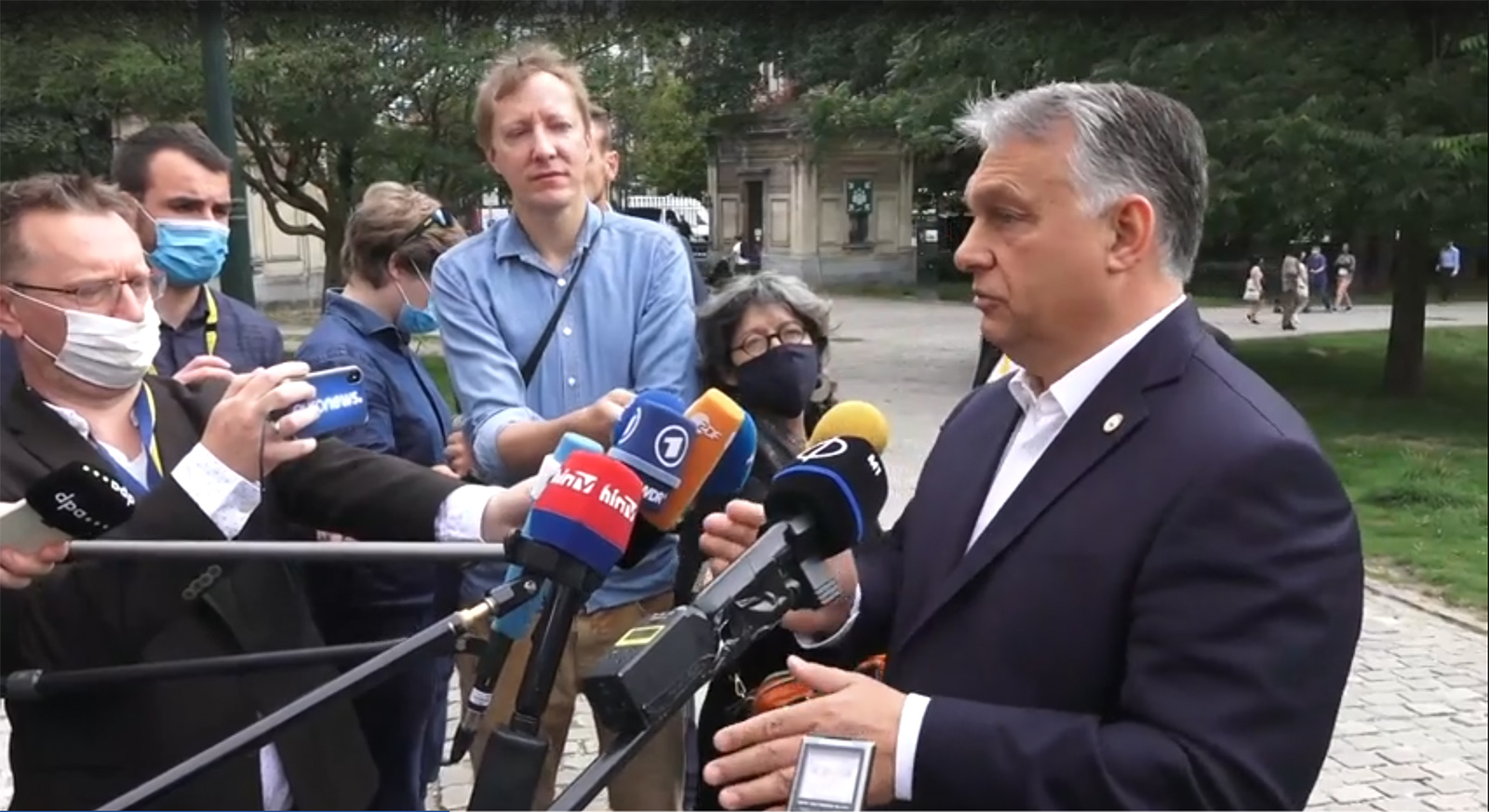 In a sign of growing tension between Hungary and the Netherlands, Hungarian Prime Minister Viktor Orbán told journalists in Brussels that he doesn’t know why Dutch Prime Minister hates him or Hungary but that Rutte’s attacks are impeding negotiations at the EU summit.

“I don’t know what’s the personal reason for the Dutch prime minister to hate me or Hungary, but he is attacking us so harshly and making very clear that because Hungary, in his opinion, does not respect the rule, it must be punished financially. That’s his position. Which is not acceptable, because there is no decision about what is the rule of law situation in Hungary,” said Orbán.

Orbán: I dont know why Mark Rutte hates me or Hungary. But he is attacking so harshly and making calls to punish Hungary financially. This is unacceptable. pic.twitter.com/ZCIqUEfRU8

With the first face-to-face summit of European Union heads of state and government now entering its fourth day instead of the originally planned two, two of the four key issues blocking an agreement is a proposed mechanism of overseeing the spending of the €750 billion economic recovery package and tying the transfer of EU funds to member states to rule of law criteria, Hungarian Prime Minister Viktor Orbán told international press during a recess on Sunday, according to Hungarian portal Videa.

“What’s going on is a little bit strange because there is a 100 percent agreement on rule of law. So everybody said, as President Macron formulated that rule of law is ‘existential’, and it’s correct,” said Orbán. “So, if somebody is not ready to accept the rule of law, they should leave the European Union immediately, It should not be punished by money or something other. Say goodbye, son. Goodbye, guys.”

“President Macron formulated that rule of law is “existential”. And that’s correct.

Somebody who is not ready to accept the rule of law, should leave the European Union immediately.”

Hungary, along with Poland, has been the target of pro-migration and left-wing forces in the EU who have claimed that both countries should be punished for violating vague rule of law standards. Many of these politicians are backed by or tied to George Soros and his Open Society Foundation.

Orbán also took issue with other proposals and stances set forth by Rutte during negotiations.

“The other issue is how we can strengthen the financial control of spending the money,” Orbán said, adding that the European Union already has in place procedures and institutions to do just that, but Dutch Prime Minister Mark Rutte’s proposal to introduce an entirely new mechanism would take far too long.

Borrowing a sports expression from boxing, he said that regarding the rule of law and control of EU funds, the Netherlands and Hungary are the two main opponents.

Italian Prime Minister Giuseppe Conte, who’s country is slated to be one of the main beneficiaries of the economic recovery package, also blamed Rutte for the deadlock, saying the Dutch prime minister will be remembered as the one who stood in the way of Europe.

The Netherlands, de facto leader of the so-called “frugal four” member states, is also adamant on reducing the ratio of grants to poorer countries like Italy and Spain. While the European Commission’s original proposal called for €500 billion in direct aid and €250 billion in loans, the grant portion was first reduced to €450 billion, and on Sunday, the group insisted it be further cut to €350 billion.

Rutte will be the one to blame if negotiations fall through, says PM Orbán

Speaking to the international press, Orbán praised European Council President Charles Michel’s deft diplomatic skills, saying that while coming to the summit there were dozens of contended issues, Michel managed to reduce them to just four. He also said that if the summit fails, Rutte will be the one to blame.

“I initiated nothing in that respect,” Orbán said, replying to a question about the rule of law criterion. “So we have to clarify that if the deal is blocked, it is not because of me, but because of the Dutch guy. Because he initiated something. So I’m standing on the status quo.”

The last plenary session of the negotiations went into recess around midnight on Sunday for a short break only, but now it looks like they will resume Monday afternoon, perhaps to give more time for discussions among the various factions.

Orbán said that besides the rule of law issue, the three main issues boil down to the size of the overall rescue package, the ratio of grants and loans, and the issue of rebates, which he said benefit rich countries at the expense of smaller ones. He said that the richer countries’ refusal to give up rebates may be what actually scuttles the chance for an agreement.