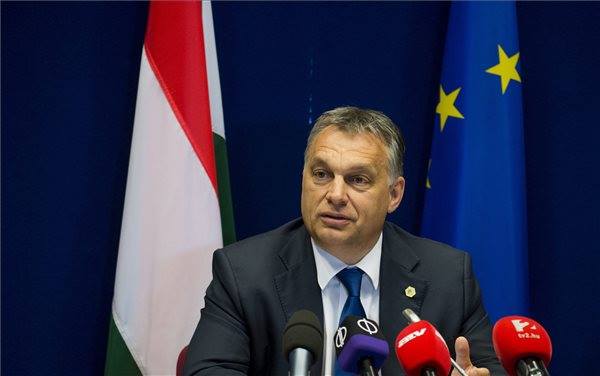 A new conservative party may be required in the European Parliament if the direction of the European People’s Party does not change, said Prime Minister Viktor Orbán during Thursday’s press conference in Budapest.

Orbán said the entire European political scene is undergoing a change and the European People’s Party (EPP) must also change if it wants to remain a viable conservative force.

Orbán warned that the “EPP is getting more and more liberal, socialist and centrist,” and that the party is not preserving its original values. As a result, the party is “shrinking, it is losing its influence, positions, and seats in the European Parliament.”

“If the EPP’s line remains the same, there will be a need for a new Christain-Democrat initiative in European politics,” he said, adding that Fidesz will weigh how it can best contribute to such a change.

Orbán said that the ideal scenario would be for Fidesz to change the EPP, but questioned whether Fidesz has any power to ensure the EPP makes those changes.

“If we can’t achieve change in the EPP, we will initiate a new movement in the EP,” he said. Orbán specifically referred to French President Emmanuel Macron, saying that conservatives needed a movement to counter his left-wing ideology.

There is already growing speculation that Fidesz plans to leave the EPP, with a recent meeting in Warsaw with Poland’s conservative Law and Justice party (PiS) thought to have been a part of discussions about the formation of a new conservative party at the European level.