‘Poland defended itself against the 2015 migration wave and will defend itself now,’ says deputy PM

Poland will not give in to a migration wave from Afghanistan, affirmed a top government official 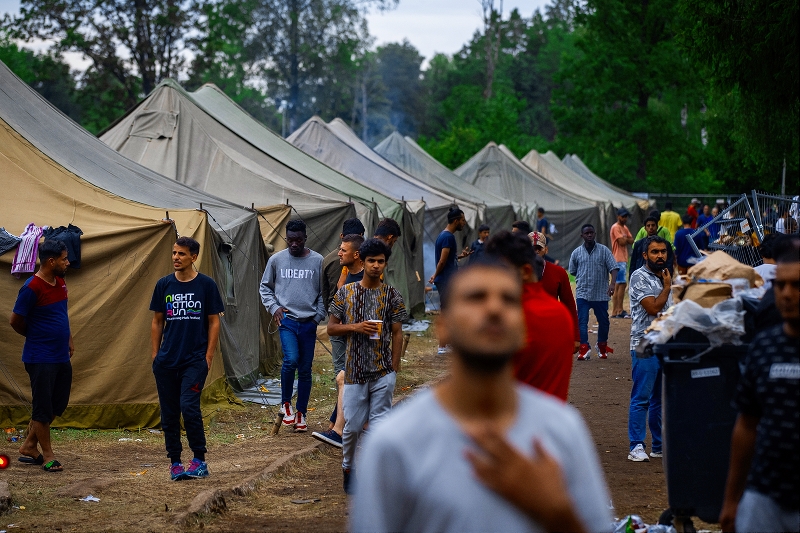 FILE - In this file photo taken on Wednesday, Aug. 4, 2021, Migrants walk at the newly built refugee camp in the Rudninkai military training ground, some 38km (23,6 miles) south from Vilnius, Lithuania. Lithuanian authorities said Friday that the Baltic country has stemmed the flow of third country migrants illegally crossing from neighboring Belarus, saying the influx of people knocking at the external border of European Union seems to have halted and hundreds have been turned away. (AP Photo/Mindaugas Kulbis, File)

Given the current situation in Afghanistan, Poland is ready to offer aid but on its own terms, and that aid will not include accepting a large amount of migrants, according to Deputy PM and minister of culture and national heritage Piotr Glinski.

He spoke in context of the recent situation in Afghanistan due to the withdrawal of the American military, which resulted in a Taliban takeover of the country.

“It is not our role to criticize the president of the United States. The situation in very serious and every sensible person could have expected the Taliban to quickly take over Afghanistan after American soldiers left,” he said.

The minister added that analysts who are experts on Afghanistan expected the Taliban to take over the country very quickly.

He emphasized that Poland’s role now is to give humanitarian aid to those who need it, and the government has already sent its planes to Kabul.

Gliński admitted that it was a “bitter” feeling when it came to the Polish soldiers who died fighting in Afghanistan. He underlined, however, that Poland as an American ally didn’t have a choice.

“We fulfilled our ally obligations. We must operate within these civilized coalitions which are trying to solve such difficult problems like the Afghanistan one,” he said. The deputy PM unambiguously pointed to the US as Poland’s greatest military ally and the EU as the political one.

When it came to a new migration wave, minister Gliński declared that Poland was ready for it and possessed the necessary measures and strength.

“How many people will be accepted depends solely on us. Poland defended itself against the 2015 migration wave and will defend itself now as well. We will proceed responsibly and defend Poland,” Gliński stated.

The minister also was asked about Civic Platform leader Donald Tusk’s words that the current geopolitical situation in the world, such as tensions between the US and China or events in Belarus, “would force every normal government to care for our security with even greater vigor and determination than at any other point following the Second World War.”

“This is some absurd attempt to tie the crisis and the tragic events in Afghanistan with the political situation in Poland. I would prefer not to comment on this, as this is yet another manipulation and effort to instigate another Polish war,” he said.