The Virgin Mary stickers featured a rainbow-colored halo, but the judge ruled in favor of the defendants 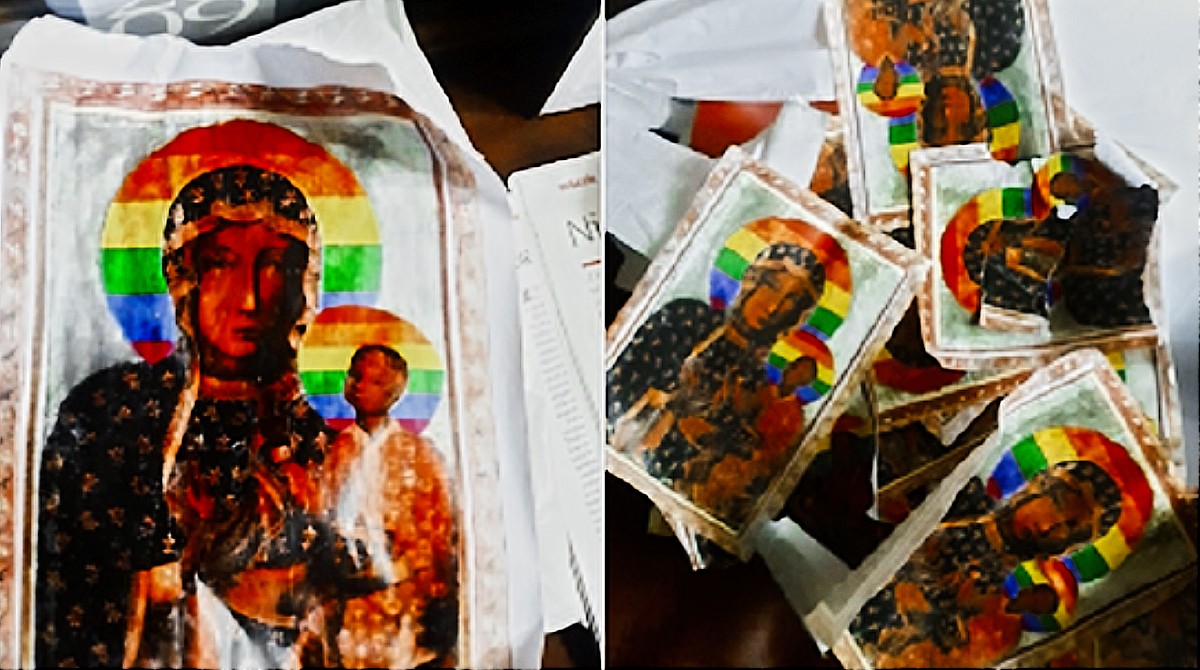 The judge in a regional court in Poland delivered a “not guilty” verdict for three suspects who were accused of placing pro-LGBT stickers of the Black Madonna of Częstochowa — a venerated icon of the Virgin Mary — on the grounds of Saint Dominic’s Church in Płock in central Poland.

The Life and Family Foundation said that Judge Agnieszka Warchoł, who delivered the verdict, displayed prejudice towards persons whose religious feelings were offended and claimed that her justification for finding the defendants not guilty resembled that of an LGBT activist.

The matter concerns events from the night of April 26 and April 27, 2019 when three women posted stickers of the Virgin Mary with a rainbow halo on the grounds of Saint Dominic’s Church. The stickers also appeared on a trash bin and portable toilet.

A few days before this incident, the parish priest, Tadeusz Łebkowski, had stopped two LGBT activists from profaning a Tomb of the Lord with LGBT flags.

The Płock regional court decreed that the actions of the accused women did not bear the signs of the crimes they had been accused of, including acting in an “intentional” manner.

“The court sided with blasphemy. It proved that in Poland, one can profane the most sacred symbols, and they need only to properly explain doing so. In this sense, it is encouragement for breaking the law,” Paweł Lisicki, the editor-in-chief of Do Rzeczy weekly, wrote while evaluating the Płock court’s verdict.

The Life and Family Foundation explained that the verdict was not a surprise given the behavior of the judge responsible for the case.

“Judge Agnieszka Warchoł did not permit evidence applied for by auxiliary prosecutors and displayed prejudice towards people whose religious feelings were offended. Her justification sounds more like an LGBT activist’s publication than a verdict released in the name of the Polish state. In the document, Warchoł develops her understanding of the Church’s teachings concerning homosexuality and uses language taken from a leftist newspeak textbook,” the foundation stated.

Life and Family also informed that the accusers will appeal to the verdict.

Title image: The stickers of the Black Madonna of Częstochowa profaned with a rainbow aureole, source: TT/Kaja Godek.