Poland: Soros-funded activist arrested along with 12 others for destroying border fence 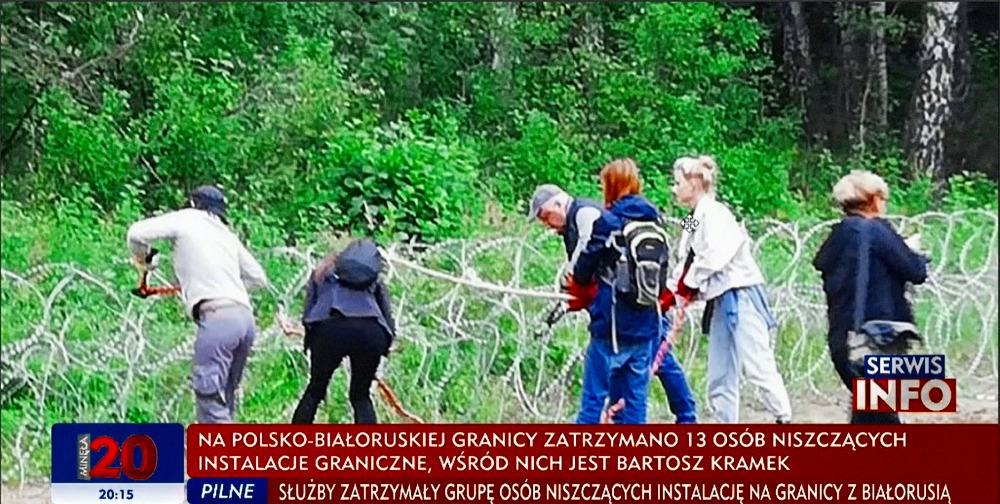 Among 13 people detained for destroying Poland’s border fence with Belarus is Bartosz Kramek, a well-known activist of the “Open Dialogue” foundation with ties to George Soros.

The incident, which police says involved the activists breaking barbed wire fence on the Polish-Belarusian border, was described by the Border Guard on social media.

“Border Guard officers along with Polish soldiers have detained a group of 13 people (12 Polish and 1 Dutch citizen) who were destroying technical blockades on the border with Belarus. Among the detained is Bartosz K. There is an ongoing process to bring charges against those involved,” the Polish Border Guard wrote.

Bartosz K. is Bartosz Kramek – an activist of the “Open Dialogue” foundation, which is co-financed by George Soros. Recently, in the Polish news outlet Gazeta Wyborcza, Kramek urged people to destroy the fortifications on the Polish border.

“We will protest in the spirit of civic insubordination,” he wrote. Kramek emphasized that migrants could not be allowed to simply rot at the border. “Let us go there and symbolically throw down those wires. We should protest, actively and decisively. Barriers are only in our own heads.”

Lieutenant Anna Michalska of the Polish Border Guard told the Polish Press Agency that two vehicles meant to rip open the fence on the border were also found.

“The fence was to be attached to the vehicles and then ripped wide open,” she explained, adding that the police will now undertake further legal actions against those who detained.

Minister of the Interior Mariusz Kamiński declared on Twiiter that the perpetrators will be held accountable.

“The situation which occurred on our border is absolutely unacceptable. The perpetrators who broke the fence were detained by the Border Guard and will suffer all appropriate legal consequences for their actions. We will respond to similar acts with the same firmness.”

Other commentators pointed out that the perpetrators were well aware of the consequences of their actions, and their sentences will merely be a means to an end for them. Several videos from the incident were also posted online.

“Putin and Lukashenko’s useful idiots. Now they’re at the border.”