Poland to build 2.5-meter-tall fence on border with Belarus

Border fences are going up across Europe in nearly every direction 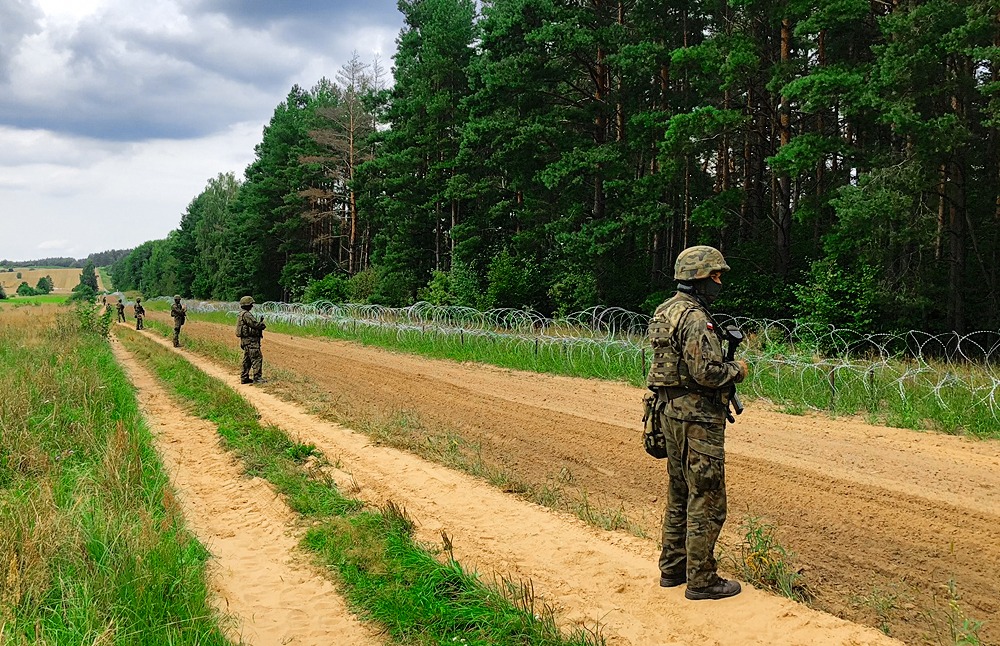 As early as this week, work will begin expanding a border fence between Belarus and Poland made out of barbed wire similar to the one on the Hungarian-Serbian border, announced the minister of national defense, Mariusz Błaszczak.

Błaszczak, who visited the soldiers deployed at the border, announced that work on the fence will begin as early as this week. The fence will be 2.5 meters high and built from the same barbed wire that is currently functioning on the border but layered on top of one another.

In addition to the fence, the minister also declared that the number of soldiers currently stationed at the border to assist the Border Guard will be doubled.

Błaszczak stated that the rationale behind strengthening Polish defenses on the border was discussed during President Andrzej Duda’s Sunday briefing on security.

“One of the elements of this briefing, which included also a discussion with Prime Minister Mateusz Morawiecki, was the issue of the border’s integrity. I accepted this mission as the minister of defense and alongside the commanders of the Polish military we have analyzed the details of how this construction should look like,” said the minister.

He pointed out that the design of the Polish fence is based on the one on the Hungarian-Serbian border. The minister specified that the fence will be divided into “two line”’. The first is the one which has already been under construction since July and 130 kilometers of the barrier has been placed. The second part is the 2.5-meter-tall fence itself.

Minister Błaszczak stressed that Poland was dealing with hybrid warfare and an attack which was an attempt to create a migration crisis. He referred to the 2015 crisis during which the Balkan route was activated for migrants and now a similar one is trying to be made through Poland.

“We oppose this and will not allow human traffickers to use the naivety of those who are first transported by planes to Belarus and then transferred to the Polish border and hope that they will enter the EU, force the border and improve their material status,” he emphasized.

Błaszczak also criticized the Polish opposition for impeding work on the border and noted that the Lithuanian opposition is doing no such thing.

“They (Lithuanian opposition) aren’t coming over to the border and are not disturbing the Border Guard in its responsibilities, unlike the opposition in Poland. Unfortunately, we have a total opposition in Poland which has learned nothing and drawn no conclusions from history,” he said.

He warned that the consequences of the border being breached would be dramatic and similar to those from 2015. Minister Błaszczak stressed that terrorist attacks would follow in the wake of another migration crisis, much like what happened in France and Belgium after the 2015 crisis.