Hundreds of new refugees flood the Greek islands every day 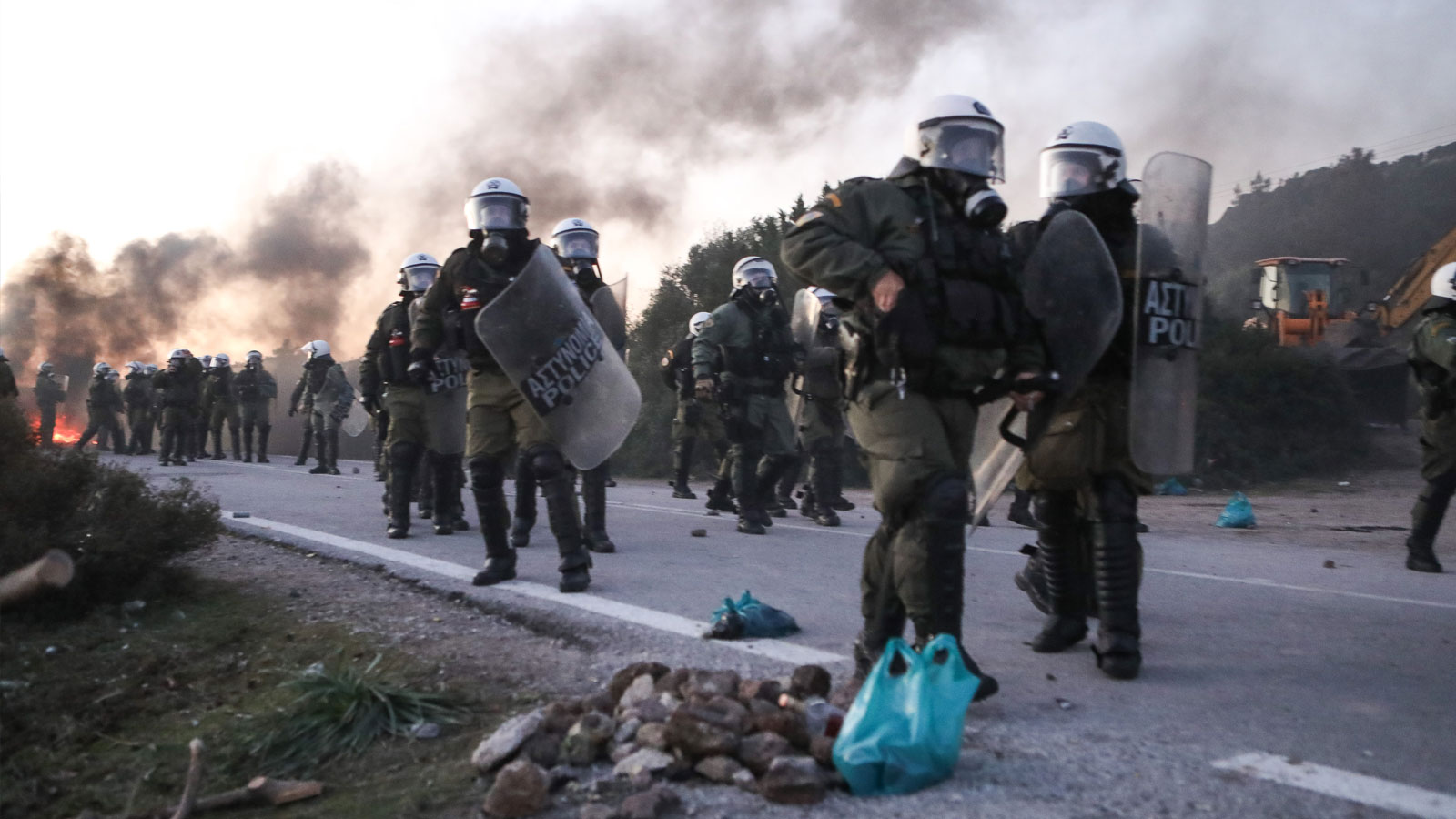 Police and protestors clashed on the Greek islands of Lesbos and Chios today over the construction of new detention centers for migrants, with locals saying their islands are already full of tens of thousands of migrants.

As teargas flew, protestors gathered to prevent excavating machines, accompanied by riot police, to break ground for the refugee camps.

The protestors are demanding the camps be built to the Greek mainland and that existing migrants are transferred away from the islands, which are already buckling under the strain of the current migrant population.

Video of riot police disembarking from a ship and later battling with protestors has been posted to social media.

? | Residents of two Greek islands clash with riot police as authorities push ahead with plans to build new migrant camps on the already saturated islands where tens of thousands of migrants have landed in the last decade.

They've had enough and who can blame them? Very sad! ?? pic.twitter.com/z7yZnQDvjv

The dispute between the Greek government and inhabitants of the islands of Lesbos, Chios, Samos, Leros, and Kos over the construction of new detention centers for migrants has been ongoing for years now, with residents growing increasingly frustrated.

The new facilities, which will replace the current makeshift and overcrowded refugee camps, are due to start operating in the summer. However, locals fear that refugees will remain in their communities for good.

“We will use all legal means to prevent the opening of new camps,” said Giorgos Stantzos, mayor of the Samos capital.

Locals also demand that migrants, who land on the islands, should be transferred to the mainland after completing the registration process.

Currently, registration camps on the Greek islands are overcrowded, with around 42,000 people living in insufficient hygienic conditions in camps suited for a maximum of 8,000 people.

Besides, hundreds of new refugees flood the islands every day. On average, about a hundred of them come from Turkey, states the Office of the United Nations High Commissioner for Refugees (UNHCR).

Last year, nearly 60,000 refugees arrived at the Greek islands in the Aegean Sea, and another 15,000 crossed the Greek border with Turkey.