After Poland and Baltic states pushed to bring down the government of Alexander Lukashenka, Belarus continues to push thousands of migrants across its western border in what is being described as hybrid warfare 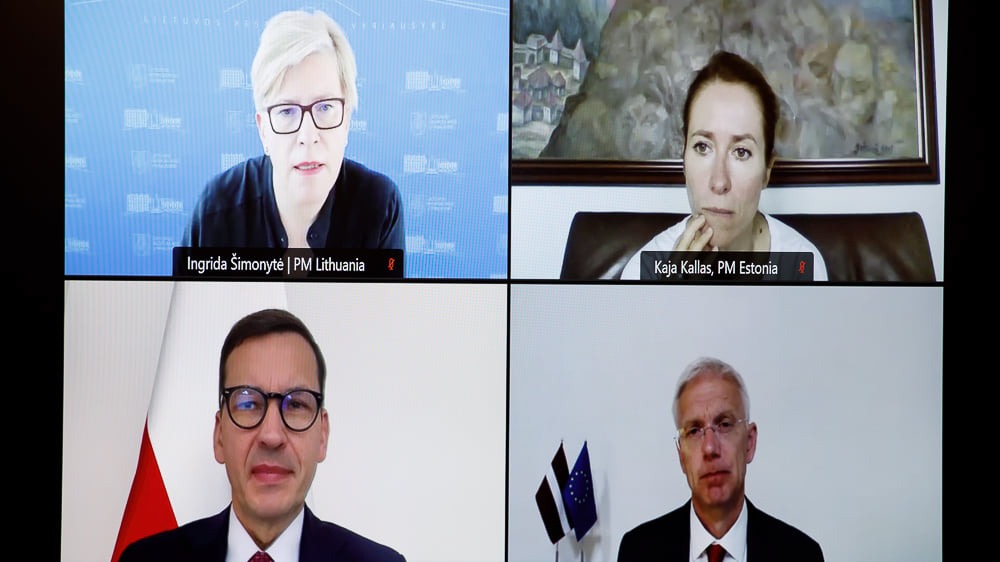 In a joint statement, the prime ministers of Poland and the Baltic states called for Belarusian authorities to cease pushing migrants onto their territory.

The prime ministers’ statement on Monday condemned the Belarusian regime and called for de-escalation.

“We, the Prime Ministers of Lithuania, Latvia, Estonia, and Poland, express our grave concern regarding the situation on the borders of Lithuania, Latvia, and Poland with Belarus. It is clear that the ongoing crisis has been planned and systemically organized by the regime of Alexander Lukashenka. Using immigrants to destabilize neighboring countries constitutes a clear breach of the international law and qualifies as a hybrid attack against the Latvia, Lithuania, and Poland, and thus against the entire European Union,” the statement reads.

The heads of government declared that Belarus must bear full responsibility for the persons for whom it had organized transport to its own territory.

“Belarus must assume its full responsibility for people whose arrival to its territory it has organized itself. It is unacceptable that people who have arrived in Belarus are being unlawfully directed to the EU external border, to be later prevented from returning to their countries of residence. Weaponizing refugees and immigrants threatens the regional security of the European Union and constitutes a grave breach of human rights. Such behavior should be condemned in the strongest terms by the whole democratic community,” they stressed.

In recent months, the number of illegal migrants from Iraq, Syria, Afghanistan, and other countries has severely grown on Belarus’s borders with the EU. The largest number of these migrants reached Lithuania, which accused Belarus of organizing illegal transits of migrants into its territory as part of hybrid warfare.

When Lithuania passed regulations which permitted its Border Guard to return the illegal migrants back to Belarus, the groups were directed to the borders with Latvia and Poland. Latvia also made the decision to reject migrants and imposed a state of emergency on the border. An estimated 1,500 people were rejected on the Belarusian-Lithuanian border since the new regulations were imposed.

The Polish Border Guard pointed out that in all of 2020, only 122 illegal migrants were stopped at the Podlaskie region’s border strip. In 2021, 780 such foreigners have already been detained. Over 2,000 attempts to illegally cross the border were recorded, and 1,350 were prevented by the Border guard.