Afghan criminals are sneaking back to Europe on board military planes 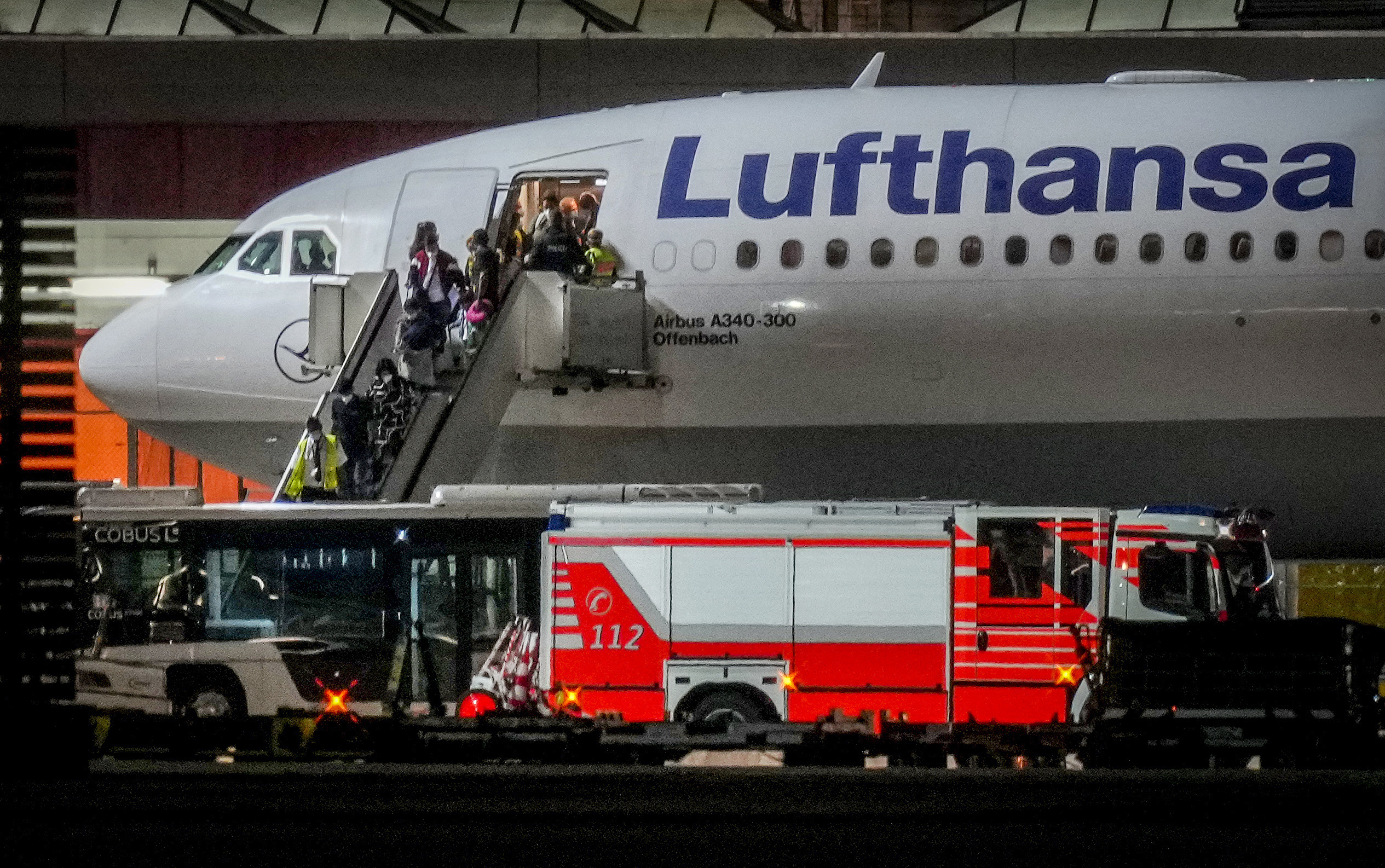 FILE - In this Aug. 18, 2021, file photo, people disembark from a Lufthansa aircraft coming from Tashkent in Uzbekistan that landed at the airport in Frankfurt, Germany. On board were about 130 people that were evacuated from Afghanistan. (AP Photo/Michael Probst, File)

In another sign of how chaotic the evacuation of people from Afghanistan has become, it has been reported by multiple media outlets that among genuine refugees there are Islamists and once deported criminals among those flown back to the West in military transport planes.

While all evacuees are supposed to be listed on a predetermined checklist held by military commanders directing the process, it seems that checks are either lax or are impossible to perform amid the complete breakdown surrounding the botched military withdrawal from the country. The only certainty at this point is that it is Western societies that are going to pick up the bill not only for the financial cost of housing and integrating tens of thousands of Afghan citizens, but will also have to deal with the security threat that is being flown in from Kabul due to authorities having little or no idea who they are “rescuing”.

It has been reported that while there are still German citizens and Afghan officials who had genuinely helped the German government’s efforts stuck in the country, people who are able to mysteriously jump the line and get on Bundeswehr planes are being randomly flown back to Germany. Last week, for instance, an Afghan criminal who has been recently deported from Germany for committing serious crimes has been discovered aboard an evacuation flight once it landed in Germany. The man’s identity has not been disclosed to the press, but it is now wholly unlikely that he should be deported back to his country of origin due to a halt of all deportations. The German Ministry of Defense, answering a media request about the fiasco, has explained that due to the dire security situation on the ground, doing international database and fingerprint checks are not possible in Kabul Airport.

Although the Ministry of Defense had promised to check the ID cards of all evacuees, and all on board would be compared against the Federal Foreign Office’s authorization list, this is clearly not being carried out on the ground. Another, less likely explanation, would be that the criminal was included on an official evacuation list, and given the present state of Germany’s immigration policy, this could not be discounted entirely.

In any case, while German embassy-staff in Kabul had to organize their own evacuation because Berlin had delayed their rescue, now the Bundeswehr evacuation flights are turning into a second-chance for serious offenders, who can be confident that they would not be sent back to Afghanistan in the foreseeable future.

However, such an ineptitude is not limited to the German government’s efforts. A person on a British no fly-list was also allowed onboard a military plane and had made it to Birmingham Airport, where he was discovered by border staff. He was among five suspects included on the no-fly list, yet somehow he had managed to get on board an evacuation flight. After being detained by the British border force, he was eventually allowed to leave and settle in Britain. Another such suspect has also been flown in but was discovered in Frankfurt Airport, where he was blocked from continuing, yet his family was allowed to fly on to Britain.

Over 7,000 of the 20,000 Afghans planned for relocation to Britain have already arrived, yet British officials are reporting impersonators among the applicants for evacuation, and a growing number of passport and document forgeries. James Heappey, the British Armed Forces minister, has expressed his fear that Islamist extremists are now exploiting the situation in Kabul.

“We would love to be able to just open the gates and let people in at an even faster flow, but there are people right now trying to get on some British flights that we have identified in our checks as being on the UK’s no-fly list,” he said.

France has also reported a case of a suspect flying in on an evacuation flight, who was suspected of links with the Taliban. He was accompanied by four other persons who were placed under surveillance.