The new deal between Law and Justice (PiS) and its junior partners entails a joint start in elections, rules on reducing ministries, and the creation of a special legislation council 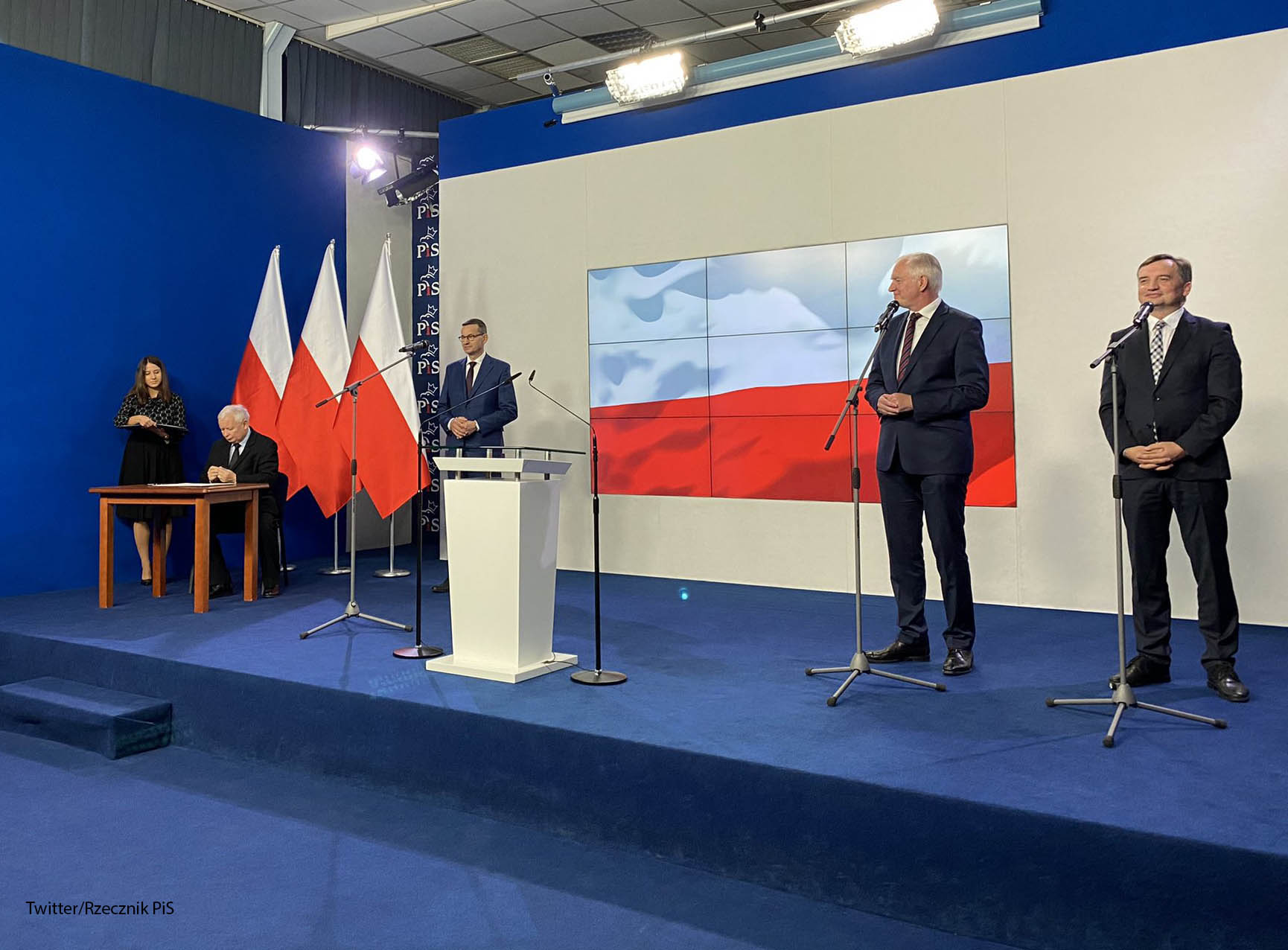 On Saturday, the leaders of the three parties that make up the United Right coalition signed and presented a new compromise deal — designed to keep the coalition intact — at a joint press conference.

Present at the ceremony was Prime Minister Mateusz Morawiecki, who will remain in his post as a result of the agreement.

The council is meant to help avoid conflicts such as the one which led to the last coalition crisis, which concerned a bill that would have offered immunity to government officials from actions taken during the pandemic, as well as amendments to an animal rights bill.

The basic foundation of the new coalition agreement is the completion of the election program of the United Right, according to PiS spokeswoman Anita Czerwińska. It also focuses on completing judiciary and media reforms.

The agreement refers to the planned reduction of ministries, which will be undertaken while keeping proportions in mind when reducing positions. The coalition partners also agreed to jointly run in future elections.

There is currently no entry concerning Jarosław Kaczyński’s speculated deputy prime minister position in the government.

Exact details of the planned reduction of ministries were not given by Czerwińska.

Media outlets speculate that the number of ministries is to be lowered to 14, which would result in six being removed.

PiS’s junior partners, United Poland and the Agreement, would hold only one ministry each, instead of two as they do now. In exchange, they will receive positions in the Prime Minister’s Chancellery and three deputy ministers each.

Deputy Prime Minister Jacek Sasin referred to the coalition agreement in an interview for Catholic Radio Maryja. He confirmed media reports concerning the reduction of ministries and reiterated the idea that Kaczyński would enter the government as deputy prime minister.

“Several ministers will most definitely change, we will have new faces in the government. Everything points to Jarosław Kaczyński being the most important of those faces, and joining as deputy prime minister,” he said.