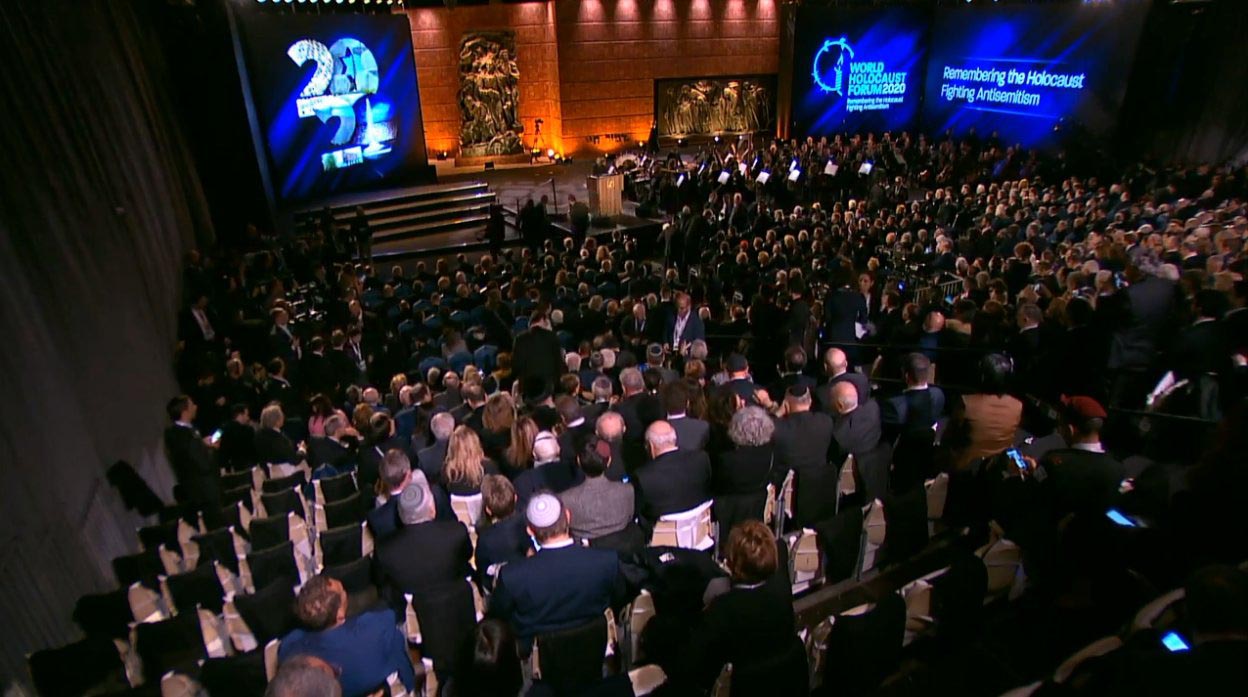 Several journalists and social media users defended President Duda’s decision not to participate in the event and criticized the pro-Russian atmosphere, including ournalist Marcin Makowski.

“The whole World Holocaust Forum in Jerusalem was conducted in Hebrew and Russian, the stage was decorated in Israeli and Russian flags. This is the Netanyahu-Putin forum in which the historic memory of the victims of doom is used as geopolitical currency. Sad times.”

“As a Pole, I would be decimated to see our president sit in Israel and listen to lies regarding WW2 and the Holocaust. I am pleased, that Poland will not grace this propaganda show with its presence. Attacking our president for his decision means you’re nothing man than Putin’s helper,” wrote Krzystof Stanowski.

Twitter user “Brat Wodza” pointed out how pointless Duda’s presence would have been at the event, saying, “Now visualize for yourself the situation which some so eagerly advised – in the middle of this PROPAGANDA re-enactment OUR PRESIDENT would have played the role of an extra.”

Academic and former politician Romuald Szeremietiew emphasized how the Soviet Union sentenced Menachem Begin, who was born in pre-war Poland and went on to become prime minister of Israel, to a lager camp which he escaped to join Polish soldiers.

“Putin should’ve told the audience at Yad Vashem how in the future Israeli prime minister, Menachem Begin, was welcomed to the USSR, and also explained why instead of sitting in the pleasant Soviet larger camp, he made sure to join the ‘anti-Semites’ of General Anders, and as a Polish soldier, escape the Soviet Union,” he said.

Agnieszka Wolska commented on how the World Holocaust Forum relates to the post Yalta-Potsdam order:

“The “Holocaust Forum” in Jerusalem shows, that the post-Yaltan-Potsdam “order” still reigns. The list of speakers in the ceremony in Yad Vashem is proof of that, as only the representatives of the victorious powers were allowed to speak. The novelty is permitting the aggressor from 1939 into that group.”