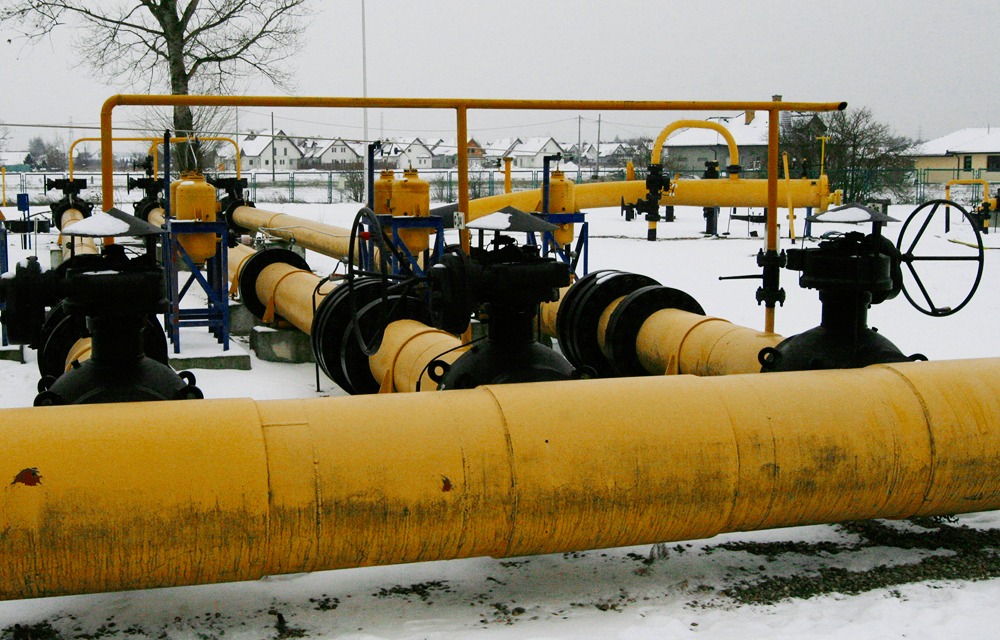 FILE - In this Jan. 7, 2009, file photo shows a natural gas pumping station for gas imported from Russia, in Rebelszczyzna, near Warsaw, Poland. On Tuesday, Nov. 6, 2012, Polands gas and oil monopoly PGNiG said it has signed a deal restructuring Russian gas prices, meaning that import prices will be reduced by over 10 percent, leading to a reduction of prices for households and all users. ( AP Photo/Czarek Sokolowski, File)

The Polish state-owned oil and gas mining company (PGNiG) has signed a historic agreement with the Energy Resources of Ukraine (ERU) group to take over 85 percent of the shares in the Ukrainian Karpatgazvydobuvannya group. The group is the owner of the Byblivska license that is located in Western Ukraine, near the Polish border.

In an official statement, PGNiG underlined that the takeover is a result of the company’s foreign development strategy and the strategy to diversify gas sources.

“For the last five years we have conducted natural gas trade in Ukraine. We not only sold gas to the Ukrainian market, but we also gained access to the Ukrainian transfer network and the country’s gas stockpiles. The excellent cooperation with ERU has increased our hunger, the result of which is expanding our cooperation in the area of search and extraction,” said PGNiG CEO Paweł Majewski.

Ukraine is now the fifth market in which PGNiG has heavily invested. The others are Pakistan, Norway, the United Arab Emirates, and North Africa.

The license of which PGNiG is now a major shareholder has a search-extraction character and the structure of the deposit on which the license is located is similar to the Polish ‘Przemyśl’ deposit which is the largest natural gas deposit in the country.

The plan entails that in the second half of 2022, a borehole would be conducted, followed by tests on the deposit. If the tests were positive, then in 2023 exploitation will be initiated. Further bore holing is not out of the question.

ERU and PGNiG’s cooperation is not limited to just Ukraine. The Ukrainian group had contracted American LNG gas supplies two years ago from Poland.

Another Polish company which has been showing interest in Ukraine is PKN Orlen, the Polish state-owned oil company which is also planning to merge with its sister company PGNiG. Orlen is already supplying fuel (including aviation fuel) to Ukraine.

In early August 2021 Orlen CEO Daniel Obajtek made a visit to Ukraine, and following his visit, the Polish foreign ministry expressed hopes for new investments and expansion of Orlen’s activity in Ukraine.

Several years before PGNiG’s entry, Serinus Energy (owned by now deceased Polish billionaire Jan Kulczyk) tried its luck in the Ukrainian gas sector in 2010. It invested in Eastern Ukraine, however, while PGNiG’s license lies right next to the border with Poland. Military action carried out by Russian forces in Ukraine heavily affected Serinus and the Eastern-most deposits had to stop extraction. Some offices were moved to the West and Ukraine imposed new taxes on extraction.

In the end, Serinus sold its Ukrainian business in 2017 justifying it with the unstable political situation in the country, economic crisis and taxes. The company did claim, however, that the investment brought it profits.