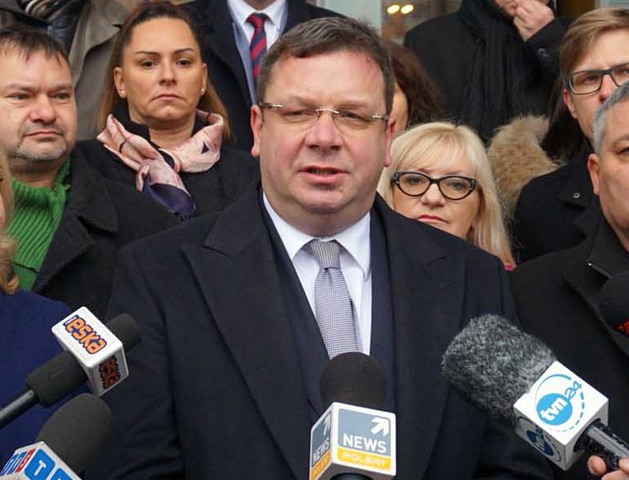 The European Union’s vaccine rollout has been a failure, and it should acknowledge that reality, said Polish Minister in the Chancellery of the Prime Minister Michał Wójcik.

Wójcik said he believes the slow process of vaccination in the European Union is affected by a failure to ensure a timely and adequate supply of vaccines. As a result, Europe is way behind the United States, China and the United Kingdom.

Wojcik places the responsibility for this fairly and squarely on the shoulders of the European Commission.

His comments have come at a time when Poland has managed to vaccinate over 2 million of its citizens with 600,000 of that number also having received a second dose. Wójcik also pointed out that EU enthusiast and leader of the Renew Europe group in the European Parliament, Guy Verhofstadt, admitted publicly that the joint EU purchasing scheme had ended in a fiasco.

The Polish minister argues that faced with the problems seen in the EU, Poland has done well in its vaccination drive. He noted that last week European Commission President Ursula von der Leyen praised the Polish effort.

Wójcik said that Poland could vaccinate many more people than it has so far if it had received supplies of the vaccine in accordance with agreed upon schedules. He believes that the “European Commission should admit to this unprecedented failure and put it right”.

According to the minister, the Commission should put pressure on suppliers to fulfil their commitments as the public’s patience with mortality rates and lockdowns is beginning to wear thin.

Speaking in the European Parliament last week, von der Leyen admitted that the EU was not in a good place on the pandemic.

She said that “we had been too optimistic in relation to vaccine supplies”. However, she praised Poland for its vaccination drive, especially in care homes.

The new EU contract with Moderna

On Wednesday, Brussels announced that the EU is to almost triple its orders of Moderna’s coronavirus vaccine as part of a push to respond to the emergence of new variants and the possible need for booster shots.

The contract for the Moderna vaccine is the second the EU has struck with the manufacturer and provides for an extra purchase of 150 million in 2021 with the option to buy an additional 150 million in 2022 on behalf of all 27 EU member states.