The new National Recovery Plan will help Poland overcome post-pandemic challenges and exit the crisis in a strong position, the prime minister said 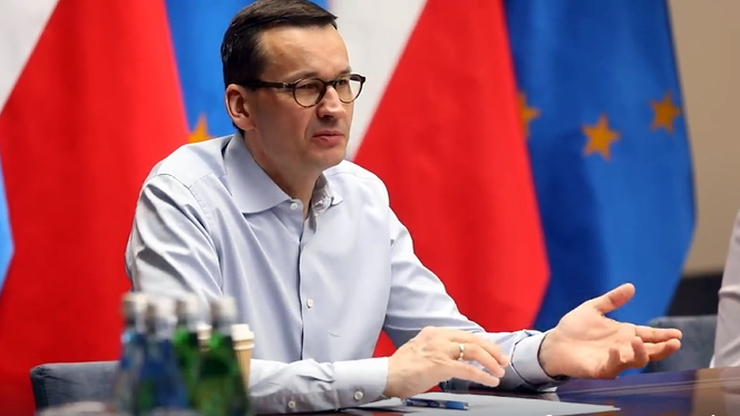 Morawiecki pointed out that while the next few weeks will be crucial in fighting the pandemic, new challenges lie beyond for which Poland is preparing.

“In a few months, when the national vaccination program will be protecting us, we will have to face the great challenge of reconstructing the Polish economy. We want to wisely use this time of trial and the KPO is meant to help us,” he stated on social media, emphasizing that the current challenge is one unseen for decades in Europe and Poland.

JavaScript SDK
IFrame
Close
Place this code wherever you want the plugin to appear on your page.

Morawiecki explained that the victors of this struggle will be those who will be able to care for their financial stability while also depositing large sums of money in investments.

“Poland plans to be among the countries who will exit this crisis strengthened,” he said.

The prime minister outlined that the plan will be based on five pillars.

All of these programs and plans are meant to protect current workplaces while also create new, innovative ones.

PM Morawiecki added that the plan is merely the vestibule to the Polish New Order.

“As part of the New Order, we want to reconstruct the financial system, the education system, the health care system and conduct huge investments such as the Solidarity Transport Hub Poland and the Vistula Spit,” he stated.

The Polish New Order is also meant to increase Poland’s competitiveness, which Morawiecki believes will be the main point of contention between all regions in the world and within the EU itself.