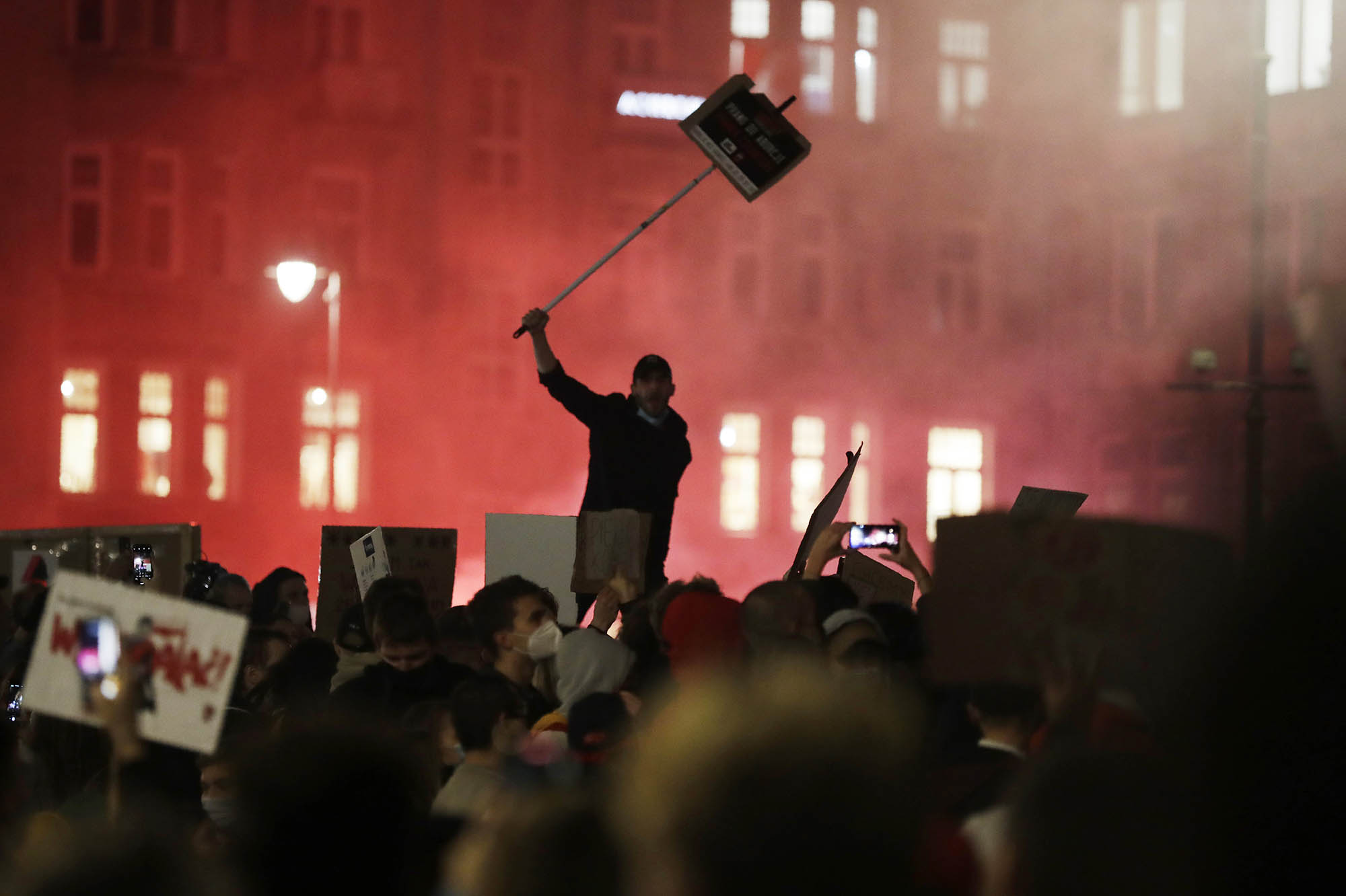 Since Thursday, protests from pro-abortionists and left-wing supporters have broken out across Poland following the Polish Constitutional Court’s decision to rule that eugenic abortion is incompatible with the Polish constitution.

Polish Prime Minister Mateusz Morawiecki referred to the protests and riots, saying that everyone should first answer the question of what the conflict was truly over.

“Is this a conflict about giving the right to life to children with Down’s syndrome? Or is this a conflict over unrestrained abortion? Our reaction to the current situations and to the heated discussion depends on the answer to that question,” he said at his Tuesday press conference.

Morawiecki condemned the most violent of the protests, stressing that “these acts of aggression, vandalism and barbarity are absolutely unacceptable. There is no permission for attacks on things sacred to us, on people, on churches, and on the right to fulfill others’ values”.

The prime minister urged protesters to cease aggressive actions because they could lead to escalation.

Morawiecki declared that the government will act against riots in the streets as they destroy social order and break Polish law regarding coronavirus restrictions.

“We are living in the age of a pandemic. By breaking restrictions, we are not protecting others,” he asserted.

Morawiecki also offered some concrete policy changes to help with women who may have a child born with disabilities and noted that in all cases of pregnancy where the life and health of the mother is threatened, abortion is still legal in Poland.

He announced that while prenatal tests have expanded by 40 percent since 2015, he will recommend introducing prenatal tests for every woman and not just those aged 35 and above.

In context of the arguments of being pro-choice, the prime minister underlined that the right to choose is a fundamental human right but to fulfil it, one must first be alive.

“Freedom depends on human dignity. This is an inalienable constitutional value which is the foundation of many of our behaviors. But we must be alive to be able to choose,” said Morawiecki. The Polish prime minister added that the government will do as much as it can to help women and children to be able to normally develop in the womb and to be able to live a normal life.