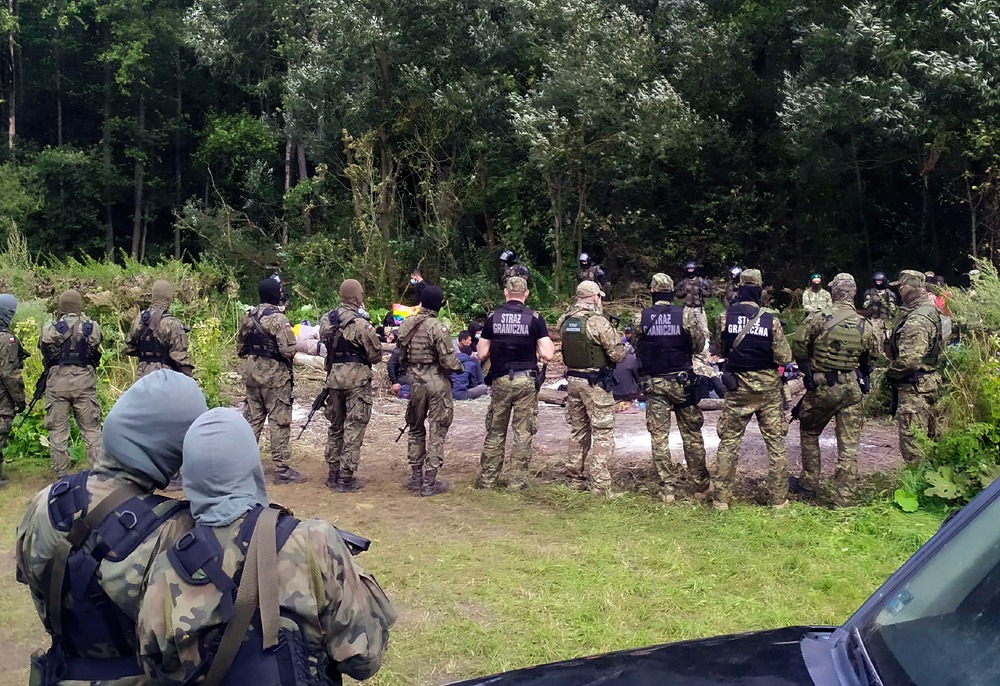 Migrants are seen after crossing the border from Belarus into Poland in the village of Usnarz Gorny, Poland, on Thursday Aug.19, 2021. A humanitarian crisis is growing concerning migrants who have entered Poland. Poland's leaders have been working to seal the border with troops and barbed wire and accuse authoritarian President Alexander Lukashenko of sending the migrants across the border. Meanwhile, some have been caught in the zone between the two borders. (AP Photo/Mateusz Wodziński)

Disinformation is spread by leftist Polish, Belarusian and Russian media which claim that migrants are located in a ‘no man’s land’ and Polish services are mistreating foreigners, with one former anti-communist figure even calling the Polish soldiers guarding the border “a bunch of dogs,” and “simply trash” during a news program on Poland’s TVN24.

Former anti-communist activist Władysław Frasyniuk made the remarks, but the program’s host, Grzegorz Kajdanowicz, did not react to the insults or admonish Frasyniuk.

The program was focusing on the situation at the Polish-Belarusian border, where a group of about a dozen migrants is camping on the Belarusian side of the border near the town of Usnarz Górny. The group is being forced into Poland by Belarusian services. In response, the Polish side has deployed a tight perimeter made up of soldiers and Border Guard officers to prevent the migrants from illegally crossing the Polish and EU border.

The incident involving Frasyniuk caused a massive uproar on social media. Frasyniuk’s words were condemned by the prime minister, and the minister of national defense has announced the filing of a lawsuit to the prosecutor’s office.

Rising pressure on the border

Currently, women and children have been taken away from the migrant group, and mostly men are left. The rise in the number of foreigners on the border is the result of recent operations carried out by Alexander Lukashenko.

Government representatives underlined that the migrant group is currently located on terrain controlled by Belarus and entering the border pass would mean violation of the state border. The majority of migrants come from the Middle East.

Some Polish politicians and media believe that the migrants brought to the border by Belarusian services should be let into Poland. Belarusian and Russian media are also taking the same approach. Liberal news television channel TVN24 and daily Gazeta Wyborcza have consistently reported that the migrants are located in a “no man’s land”. Public information channel TVP Info has clarified that there is no such thing as a “no man’s land” on the border.

Despite the claims of false information, it must be underlined that the migrants transported by Belarusian services currently remain on Belarus’s territory. There is no such category as a ‘no man’s land’ in international law.

Polish Prime Minister Mateusz Morawiecki has also stressed that Poland is currently dealing with a rise in disinformation operations. He underlined that this is also an element of Lukashenko’s plan and the result of the activity of his regime’s services.

“Despite the claims of false information, it must be underlined that the migrants transported by Belarusian services currently remain on Belarus’s territory. There is no such category as a ‘no man’s land’ in international law,” he said.

The prime minister explained that the migrants, mostly from Syria and Iraq, legally found themselves in Belarusian territory. According to international law, Belarus is therefore responsible for them and should ensure their security.

During the night, TVN24 released a statement in which it apologized for the lack of a reaction by the host to Frasyniuk’s words. The station assured that the insults towards Polish soldiers will not be repeated on the broadcast. 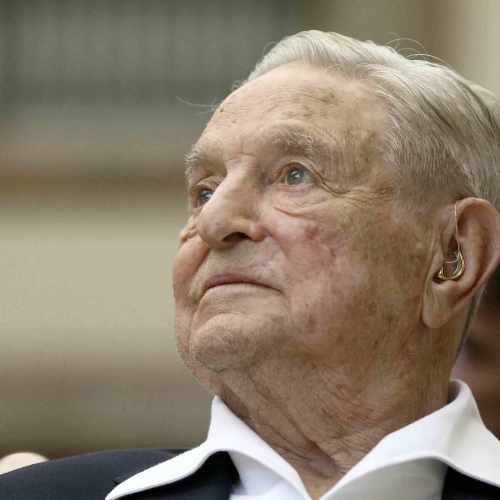